Baltan Laboratories. Back to the Future: Natlab & the history of Electronic Music 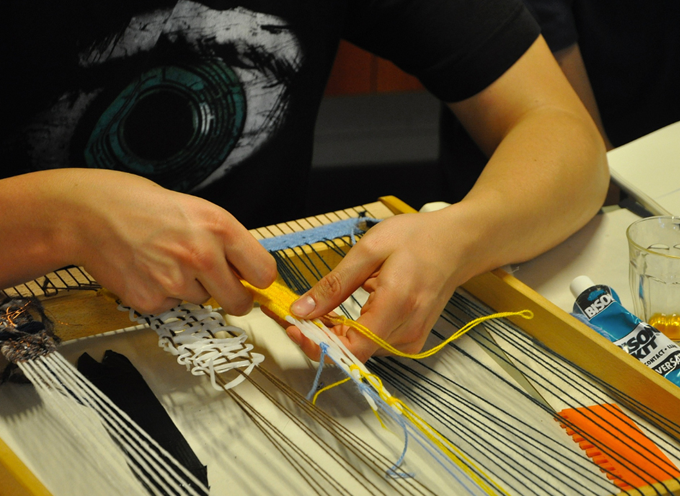 The beginning of this year, after an intensive renovation and more then four decades of being closed, the historic former Philips Natlab building in Eindhoven, the Netherlands, opened its doors. The new Natlab houses three cultural organizations; a cult cinema, a film workspace and Baltan Laboratories; a lab for development and display of electronic arts.

The renovated Natlab building quickly became a new hotspot on Strijp-S, the former forbidden area for non-Philips employees.  Baltan as the reverse of Natlab, aims to revive the original spirit and philosophy of the former physics lab, where scientists had enough freedom to explore the most eccentric ideas. Baltan Laboratories was founded in 2008 as a media lab with focus on Art & Technology, innovative research and projects that explore the cross-diciplinairy field between art, science and technological culture. Baltan is based in Eindhoven, in the South of the Netherlands, often nicknamed “Tech-City” because of its history as a city that progressed due to the rapid development of Philips and numerous other Philips owned tech companies.

Philips, in current days a large multinational, was founded by the Philips brothers in Eindhoven in 1891 as a modest company that started the production of carbon-filament lamps and over the years extended their production to electronic devices such as amplifiers, radio tubes, speakers, televisions, kinescopes and to 1962 their own invention: the Cassette Tape. Already in the early stage of developing their company, the Philips brothers understood that in order to invent and create products – as well as owning royalties – they should invest in their own research facility and, thus, in 1914 the Natlab (short for “Natuurkundig Laboratorium”) was born. 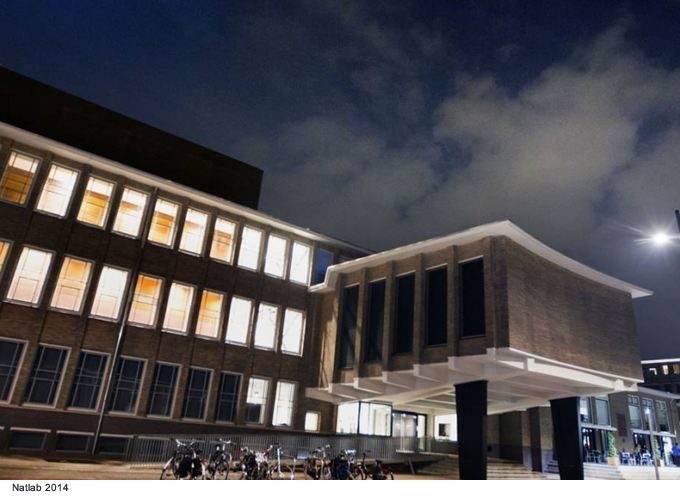 In case of doubt prefer anarchy

Soon afters its foundation, physician and researcher Gilles Holst was appointed director and under his supervision created an academic atmosphere at Philips Natlab. In order for the laboratory to grow sustainably as experimental research facility, Holst invited scientists from all over the world. Amongst others Albert Einstein, who travelled to Eindhoven as a guest-lecturer in 1923. Natlab’s philosophy had soon become unified to Einsteins thinking, summed up in his quote:  ”Everything that is really great and inspiring is created by the individual who can labor in freedom”.  This vision transcended to all of Natlab’s research departments, quoting Kees Immink, one of the scientists employed by Natlab at the time: ”We were able to conduct whatever research we found relevant, and had no pre-determined tasks; instead, we received full freedom and support of autonomous research. We went to work, not knowing that we would do that day. This view – or rather ambiguous view – on how research should be conducted, led to amazing inventions as a result. It was an innovation heaven”.

Largely in favor of giving Scientist a good deal of freedom and space for their eccentricity, one of Holst principles on how to run a research facility was:  ”Steer a middle course between regimentation and individualism. Base authority on real competence; in case of doubt prefer anarchy.”

In the light of this direction, Philips Acoustic Instrumentation facility, located in the basement of Natlab and referred to as Room 306, became the hotspot for years of vital artistic experiments, conducted by who we now regard as the pioneers of electronic music. Natlab’s electro acoustic research facility focused on the invention and development of instruments such as the electronic drum, resonance machine, scale filters, synthesizers, mixers, oscillators and tape recorders, but more importantly realized that a new genre of music could be created with them: Electronic music.

It was in these times, from 1956 to 1960, that Philips got curious about the possibilities of electronic music, and had no idea what it would sound like when composed. Natlab appointed musicians Dick Raaijmakers, who soon adapted the name of “Kid Baltan”, and Tom Dissevelt to develop instruments and compose music for them. Electronic music was a new, undefined and relatively undiscovered field of music. Philips wanted to be part of the production process and introduce electronic music to the public at large, aiming that it would gain popularity next to other, more established music genre´s.

Raaijmakers & Dissevelt quickly became pioneers in this new area – combining the creative process of composing with the invention of new musical apparatus and new concepts such as concert multiplication, sound synthesis and stereophony.  Philips decided to release their experimental music on vinyl records and use the soundtracks for educational movies produced by Philips. In the highlight of their experiments, they became part of Philips most prestigious post-war project: the participation at the World Fair.

The 1958 Brussels World Fair expressed the new devotion that followed the post war reconstruction period: a new era heavily influenced by technological developments, which required plenty of creativity. There was a universal recognition that art was able to both represent and use new technologies. Growing optimism was evident in the Philips pavilion at the fair, an experimental building designed by Le Corbusier. In the pavilion, revolutionary in its shape and construction, visitors could witness a short experimental electronic music performance containing spatialized sound, accompanied by light and projections.

The music from three sound tracks was distributed using a system of 350 loudspeakers which were divided into clusters and routes. The sounds could leap or move gradually through space. This piece, developed by Iannis Xenakis and Baltans Electro Acoustic department was called Poeme Electronique, a celebration of technological progress, conveyed through new Art forms such as Sound, Space & Moving Image. Art no longer had a closed character. 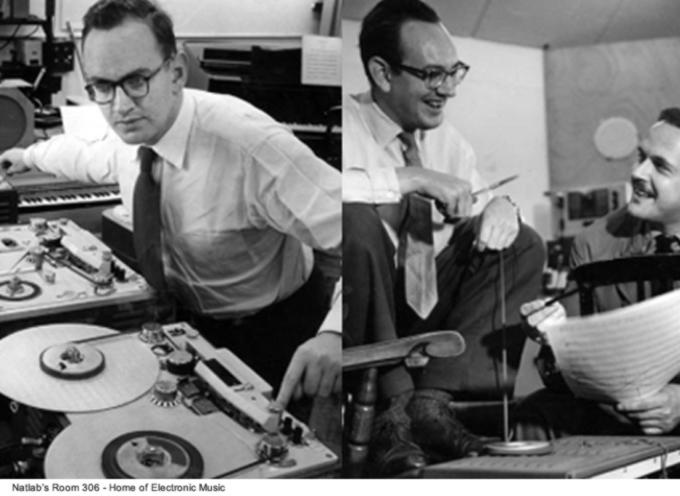 These new Art forms demonstrated at the World Fair to be characterized by processes that gave rise to “open” works.  Strict rituals and rules about how to present and experience art made way for improvised situations, changes that resulted in the beginning of contemporary art as we know it today.

Even though the musical experiments of Natlab’s “Room 306” members became part of Philips prestigious World Exhibition, got released on various records by Philips, and were used as soundtracks for Philips educational films, electronic music as a genre did not gain the wave of popularity that Philips anticipated.

Philips decided in 1960 that it could no longer provide housing for an electronics studio at NatLab, which was increasingly becoming a workshop for composers and less a location providing a service in the interests of the business.  The studio moved to another Dutch city and eventually evolved into what is currently known as the Institute of Sonology, a department part of the Dutch Conservatory, dedicated to electronic music. 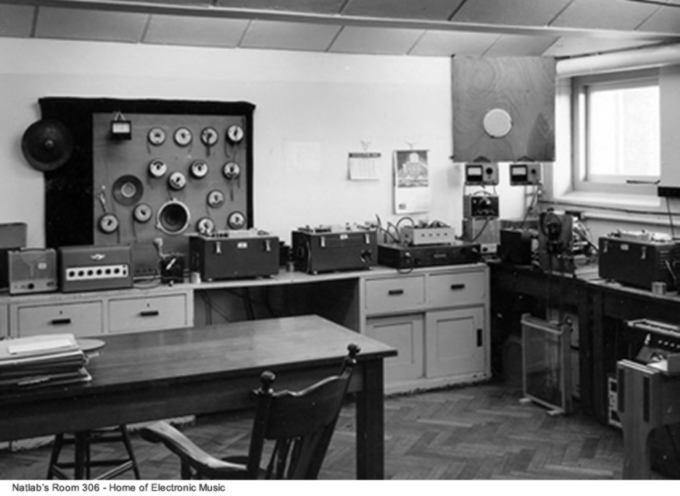 Back to the future

Baltan Laboratories, when founded in 2008, dedicated its name to Kid Baltan and the spirit of Natlab’s “Room 306”, responsible for the pioneering work in the early days when electronic music, amongst many other inventions, saw the limelight. After some years of moving around to non permanent locations, Baltan recently moved into the restored and renovated Natlab, which also houses a Cinema, Restaurant, Theatre and Film workshop. In the new Natlab, spaces got designed for Baltan’s offices, a production room, a workshop space and the best new asset: an exhibition room, entitled the “Dick Raaijmakers exhibition space” and named for pioneer Dick Raaijmakers aka Kid Baltan, who sadly passed away this fall, shortly after the opening of the renovated Natlab. By moving into the original Natlab, almost 100 years after its foundation, is a long anticipated new beginning for Baltan, in a place that merges their history and makes room for the future.

Olga Mink, since last year the director of Baltan, shows the brand new spaces and talks about the projects that Baltan since last year has initiated:
“Now that we have all these spaces for artists or groups of artists to work here, we have room for hands – on practice like workshops, and we can also put focus on the production of artworks, in which we would like to centralize and emphasize the experiment, including failure – and exploration of unknown territories.”

2014 will mark the 100th year anniversary of Natlab, so Baltan has announced their new programme “The Age of Wonder” – a term that surfaced in the 18th century when an era of scientific discovery and invention made its way into society. Much in the spirit of Natlab’s founding mission, the emphasis lies on research. Natlab’s famous “Alchemist basement” got repurposed in the renovation and is now in use for workshops, presentations and projects, as Baltans newest asset in the Natlab building.

Some research fields take time to prove the usefulness of their existence. The “Alchemist basement” was Natlab’s mysterious basement, where Philips first particle accelerator was developed in 1938. A particle accelerator, is a machine where elements are brought to higher energy levels, by accelerating their  speed to light speed using electro-magnetic fields, in order to test what elements can do, how to got into existence, and what their use is. The phenomena was so new that the strangest research got conducted to see what was possible, without anybody truly being able to tell what it could lead to. The alchemist basement refers to an era where science believed in the divine, religious experience that everything is connected to everything, the cleric and the material. In this day and age, CERN, Switzerland’s largest research facility, has built the largest particle accelerator ever made, to test and find what is known as the Higgs boson element, also known as “The Godparticle”. In short, a vital inductive piece of the Big Bang theory. 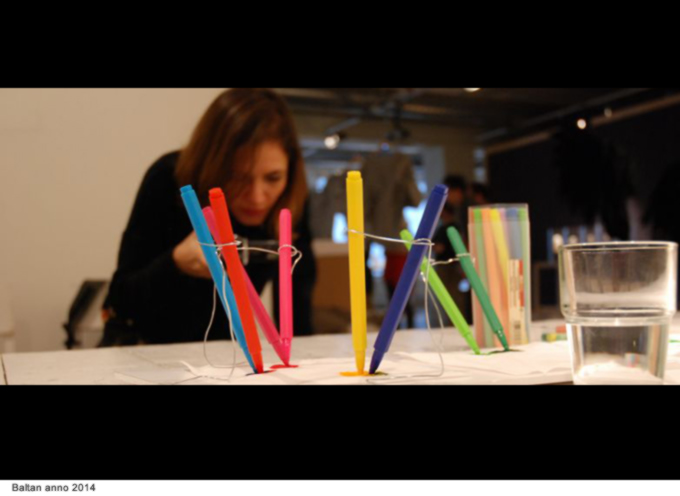 “Creative minds can and should contribute to research and vice versa” was one of Holst quote´s, back in the post-war founding days of Natlab. Holst had managed to protect the Lab through the occupation years of the Second World War by convincing the Germans that he was working for a bright and distant future and shielded the Lab from doing work of military importance. Holst did not believe in a strict hierarchic structure. “If organization is carried too far, it leads to a narrowing rather than to a widening of our vision. Another serious disadvantage is that one cannot take into account the personal characteristic of the individual researchers of whom especially the most original ones have difficulty to adapt themselves to an organization.”

But in the 1970´s Natlab’s mission took a different turn, Philips changed the free research model with all is magnificent discoveries and decided to put focus on the development of market oriented consumer products, measured to a business model, ran by managers and product marketeers. The free market mechanism took its toll on the structure of companies worldwide; commercial businesses transformed from important knowledge developers to cost-effective competitors; internal research departments got judged for each activity that was not directly beneficial to profit.

But the Arts and Science have their own genesis, intrinsic values and motivations. By judging Science & Arts purely on economic value, science will never be able to defend itself. Partly because there is no way to defend the unknown, the unknown will never fit a frame of thinking where it can be included as a key element for financial profit. Science is in many ways largely invisible knowledge. 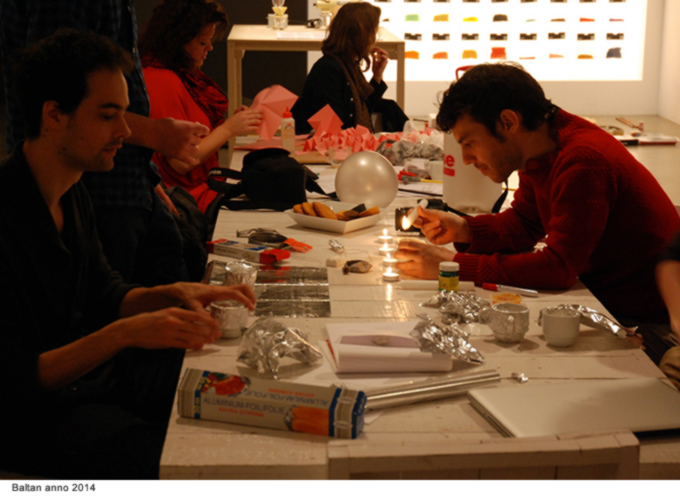 It is this invisible knowledge that Baltan wants to embrace. With “The Age of Wonder” Baltan aims to create a program that looks back to the past and speculates about the future, to put the present in another daylight.