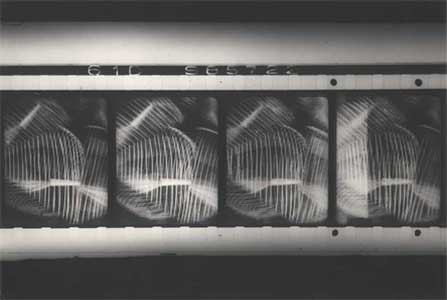 The Wolfsonian-Florida International University will mount a fully automated/robotic orchestration of the then-scandalous 1924 Ballet mécanique, the most notorious “lost” musical composition of the twentieth century, which was both hailed and hated upon its debut.

Its young American composer George Antheil, known for his outrageous composition and piano recitals and for stirring up controversy, was considered by the Parisian artistic community as the musical spokesman for modernist ideals. Ballet mécanique was considered Antheil’s magnum opus.

Originally conceived as a score to accompany a film by French Dadaist artist Fernand Léger and American cinematographer Dudley Murphy, Ballet mécanique was never performed the way the composer envisioned it, because the technology—most significantly, the ability to synchronize multiple player pianos—did not then exist.

The film, which runs for approximately 16 minutes, is a highly abstract collage of images, ranging from an animated Cubist caricature of Charlie Chaplin to half-a-dozen kitchen funnels dancing on a string cut together in the Dadaist fashion of continuously looping images backwards, forwards, and upside down. There were several attempts to present the film with Antheil’s music, but it wasn’t until the 1990s that music technology advanced to where Antheil’s piece could finally be played in its original orchestration.

The first full performance of the piece was produced in 1999. The extraordinary robotic performance that will be mounted by The Wolfsonian is presented by Paul D. Lehrman, coordinator of music technology at Tufts University in Medford, Massachusetts and Eric Singer, director of the League of Electrical Musical Urban Robots (LEMUR) in Brooklyn, New York. Together they created the programming and the robotic mechanisms to bring this work to life.

DADA party and Wolfsonian’s premiere of the robotic performance of Ballet mécanique along with a screening of its namesake film from 1925.

The all-mechanical performances of Ballet Mécanique and screenings of Fernand Léger’s film Ballet mécanique and Bad Boy Made Good, a documentary about George Antheil and the history of this groundbreaking piece, play daily.