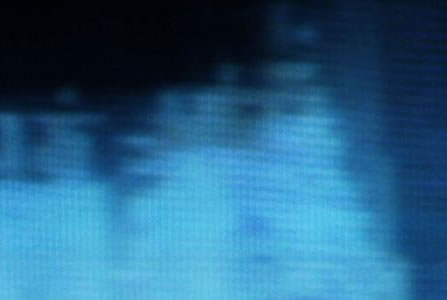 In a four-day workshop hosted by V2_, sound artists Frank Barknecht and Aymeric Mansoux will introduce the basics of Audio Signal Processing (ASP) in the fields of real-time music production. This workshop specifically targets people who want to develop their work in the digital sound field or those people curious about the processes involved behind the audio software they already use.

The program starts with a theoretical introduction to the basics of digital sound, after which participants will work with the open source software Pure Data (PD) to turn theory into practice. The workshop also teaches and demonstrates which free technologies are available for audio streaming, such as icecast, ogg and vorbis. A Rotterdam Headphone Lounge will wrap up this four-day workshop on Sunday 4 September.

Audio Signal Processing is the manipulation, either measurement or filtering, of an analog (voltage level) or digital (binary numbers) representation of sound. In the Digital Signal Processing field, this implies the conversion of the signal from an analog to a digital one and vice versa with a focus on one particular domain (time, space, frequency, etc.). Audio Synthesis is the art of producing artificially generated sounds using various techniques. This creation can be done either in the analog world (current manipulation) or digital world (discrete values manipulation).

Pure Data (PD) is a real-time graphical programming environment for audio, video, and graphical processing. It is the third major branch of the family of patcher programming languages known as Max (Max/FTS, ISPW Max, Max/MSP, jMax, etc.) originally developed by Miller Puckette and company at IRCAM. The core of PD is written and maintained by Miller Puckette and includes the work of many developers, making the whole package very much a community effort. It’s hard to describe the possibilities of such an environment as its fields of creation are almost infinite. From audio processing, to video, 2D/3D, interactivity, on-line experimentation, streaming and sensors, Pure Data can handle all of these and provide a rock-stable system which is perfect for performances and installations of any kind.

Streaming audio is audio that is consumed while it is being delivered. Audio files can start playing as soon as downloading begins. Streaming audio makes it possible to broadcast live or pre-recorded music over the internet on a continuous basis. Web radio or performances can be broadcasted to a worldwide audience. As bandwidth improved in the past few years, Internet broadcasting boomed.

Frank Barknecht (de) is a writer, software developer and sound artist based in Cologne, Germany. He is involved in the “PD scene” for many years and works on supporting new users through the PD mailing lists and helps maintaining the Sourceforge repository. Frank is the creator of the End-User Abstractions project (RRADical PD, Reusable and Rapid Audio Development) which makes it possible to learn using PD in a top-down way, making PD more accessible and open. Since 2005 he is part of the electronic arts organization Goto10.

Aymeric Mansoux (fr) is an artist and co-founder of Goto10, an organization dedicated to set up, produce, and support electronic arts. Since the mid-nineties Aymeric Mansoux has taken part in many experiments based on the internet and the emergence of networks as a cultural fact. Traceroutes, network packets, digital feedbacks and piped logs become a new clay that can be used to develop autonomous artistic processes. Working with no pre-recorded material, he prefers to manipulate procedural algorythms and invite the audience to an exploration of ever changing audiovisual data.

The four-day workshop will be wrapped up on Sunday evening 4 September with a Rotterdam Headphone Lounge. In this event V2_ links up with Le Placard, a nomadic festival that presents live concerts to audiences transmitted via headphones, while streaming simultaneously over the internet. The V2_ space will be transformed into a lounge where you can experience electronic music by plugging in your own headphone. Live electronic music performances are brought by sound artists Sei Matsumura, Erik Minkkinen, Guy Van Belle and workshop participants. From locations around the world other performances will be streamed to us.

Besides a cupboard, Le Placard is a headphone concert festival, initiated in 1998 by Parisian musician Erik Minkkinen. The festival plays with concentration, intimacy, time-warp and teleportation. Placard sessions can take totally different shapes: London Placard has 20-minute sets going on for twelve hours non-stop, Tokyo did one out in the Yoyogi park under a tree using the phone network. This year’s edition had its kick-off in Montreal (Canada) on 2 June. V2_ will host a placard on the very last day of the festival, 4 September.

DAY 1    11:00-18:00 hrs // ASP and Audio Synthesis
A day with the blackboard: the physics of sound, the digital representation of sound, basic audio signal processing, synthesis, samples and soundfiles