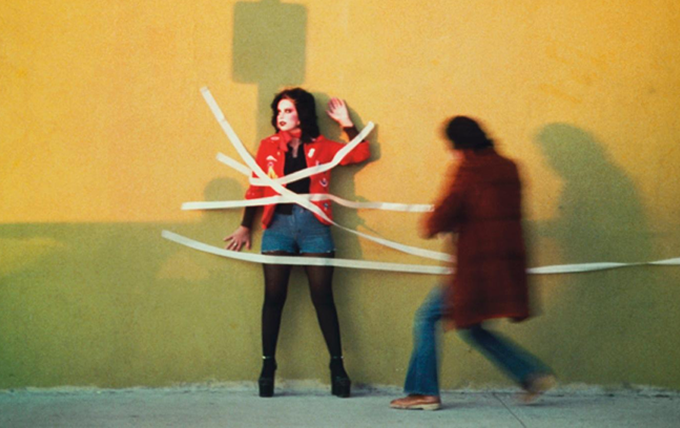 A project revolving around the Chicano collective Asco, who from 1972 through 1987 realized numerous interventions in public spaces. Asco’s performances in and around East LA resembled scenes from movies that were never made – or fashion shoots, or promotional images of rock bands. They called some of these No Movies. Their actions were done without notice or permission in a public spaces fraught with political and racial tensions, and sometimes under police curfews; the imagery they used was linked to fantasy and fiction. Asco always remained on a dangerous political edge.

On the ground floor of De Appel Arts Center in Amsterdam, photos and videos let one experience the guerilla performances of the Mexican-American artists collective.

Asco was founded in the early 1970s by four artist friends, Harry Gamboa Jr., Gronk, Willie F. Herrón III and Patssi Valdez. Between 1972 and 1987 this collective, involved in the Chicano civil rights movement which rebelled against the marginalization of Latinos, carried out performances and theatrical actions on the streets of East Los Angeles, the centre of the Mexican-American community. 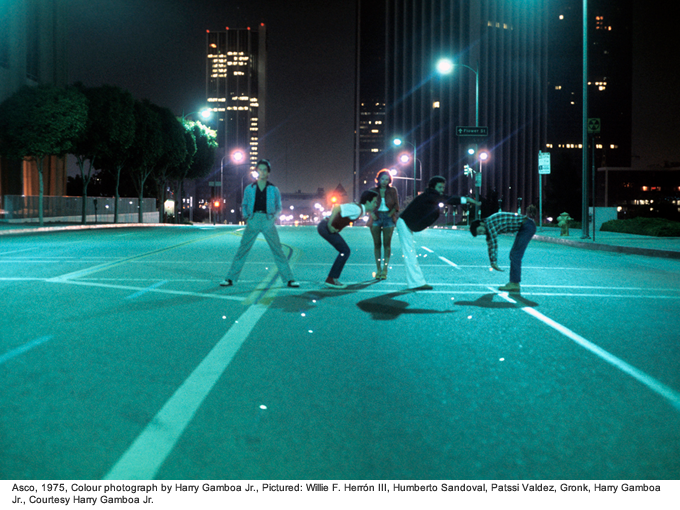 They responded (the Spanish word ‘asco’ means revulsion or nausea) to their environment and the social actuality, which was characterized by social and political unrest. Asco employed a hit-and-run strategy. They often conducted unannounced actions in places where there had recently been a shooting, riot or protest against the Vietnam War or social inequality which had been violently broken up by the police.

Asco’s low budget and kitschy aesthetic reminds one of B films and glam rock, but their political agenda was radical. Their eccentric costumes, carnivalesque parades, startling actions and staged photos directed attention to the social inequality that ethnic minorities encountered daily in the US in the 1970s.

Asco No Movies is realized in cooperation with Notthingham Contemporary and CAPC musée d’art contemporain Bordeaux.