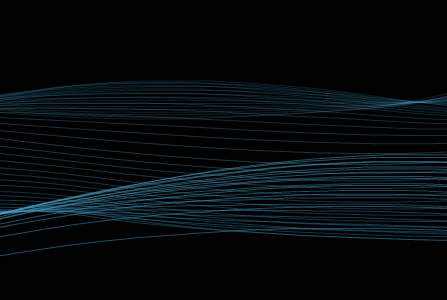 The eighteenth edition of ArtFutura will be taking place in eleven cities between October 25 and 28 with an extensive program that will explore the most important projects and ideas that have arisen on the international panorama of new media, interactive design, videogames and digital animation over the last 12 months.

In the Mercat de les Flors in Barcelona, the headquarters for the festival, four intensive days of special presentations, conferences, workshops, interactive installations, exhibitions and live performances will take place. Simultaneously, Circuito Futura will be present in museums and cultural centers in another 10 cities with the extensive audiovisual program of the festival along with a live relay of the conferences held in Barcelona in some of the venues.

The 2.0 revolutions that have taken place over the last two years have completely changed the face of the Web. They have transformed it into a space of social participation and collective cooperation that the first theorists of cyber culture of the early 90s would never have imagined. And, along with the boom of participative social networks on the web, some of the original utopias that understood Internet as an opportunity to build a parallel and autonomous world with its own rules have also regained strength.

ArtFutura will dedicate the first afternoon of its program to posing a speculative and provocative debate on the Web that is coming with thinkers, technologists and entrepreneurs of the digital economy. The participation of Daniel Linden, head of the renowned virtual world Second Life and the closest that this world has to a politician in charge, particularly stands out. As notorious as misunderstood, Second Life has become the most successful embodiment of the idea of the net as an immersive three-dimensional space.

The creation of immersive synthetic worlds will also be the outstanding feature of the festival’s second day dedicated to the next great technological transformation of the world of cinema and animation: digital cinema in stereoscopic 3D. The dream of creating a cinema in three-dimensions is almost as old as the cinema industry itself and the technological development, the transition from celluloid to bits along with the problems that the industry has when it comes to competing with new digital leisure has convinced Hollywood that the time has come.

Directors such as Robert Zemeckis and James Cameron are currently leading this revolution that will be explored in depth on the festival’s second afternoon with the participation of companies such as Sony Pictures Imageworks. SPI will demonstrate and analyze the work they are undertaking in the production of images in stereoscopic three-dimensions and they will also present, for the first time, Robert Zemeckis’ new production: “Beowulf”. To be released in November, Beowulf recreates the work of actors and actresses such as Angelina Jolie and Anthony Hopkins in digital animation and it is one of the first super productions filmed in digital stereoscopic 3D.

BEN HIBON AND THE ARTFUTURA SHOW

As every year, ArtFutura 2007 will analyze the present state of digital creativity and present its audiovisual program simultaneously in eleven cities that includes the selections of 3D animations (ArtFutura Show) and intros to videogames (Full Motion Theater) as well as the prizes for digital animation in 3D in Spain and Videogame Design. Pieces such as “The Ark”by Grzegorz Jonkajtys / Platige Image (special prize in Siggraph 2007) and the documentary on videogames “8 Bit”, by Marcin Ramocki and Justin Strawhand will be included.

We will also be honored with the presence of Ben Hibon, one of the up-and-coming creators in the world of independent digital animation. His project “Codehunters”  a nine-minute short developed for MTV Asia inspired in the aesthetics of the European comic of the 80s  has been present in more than thirty festivals around the world this year and has received prizes as important as the Golden Nica from Ars Electronica, the IMAGINA prize and the Promax/BDA. Ben will offer a presentation of his work on Saturday 27.

ArtFutura wishes to focus on the phenomena of the new video games from three points of view: the new way of playing, innovation and playability. To do this, there will be a special presentation offered by the studio Media Molecule, creators of the revolutionary Little Big Planet. which is one of the first clearly “new generation” games that is changing the way we play. Left behind are predefined scenes. In Little Big Planet, it is the user, and not the developer, who creates the characters.

The new generation will also lead to more highly finished and more spectacular super-productions. This is the case of Heavenly Sword, maybe, the most ambitious game of 2007. The founders of Ninja Theory, authors of this masterpiece, will show us in exclusivity how new generation also means a height of spectacularity never before seen.

Visitors to ArtFutura 07 will also be able to enjoy a spectacular 800-square-meter marquee designed by Buildair and dedicated to electronic leisure that will house the areas NextFun and Xperimental Arcade. Here they will be able to discover interactive pieces such as Alvaro Cassinelli’s surprising Khronos Projector, a projection system that changes the spectator’s relationship with the screen. The Arcade is a very special “games room” in which the latest releases are mixed with products from independent studios, artistic projects and other examples from the less conventional side of videogame culture.

The festival will also feature live shows and performances among which Re(PER)curso and the first presentation in Barcelona of the very special artist Marcel.lí Antúnez‘s new performance “Hipermembrana” stand out.