Arebyte Gallery. A conversation with the director Nimrod Vardi 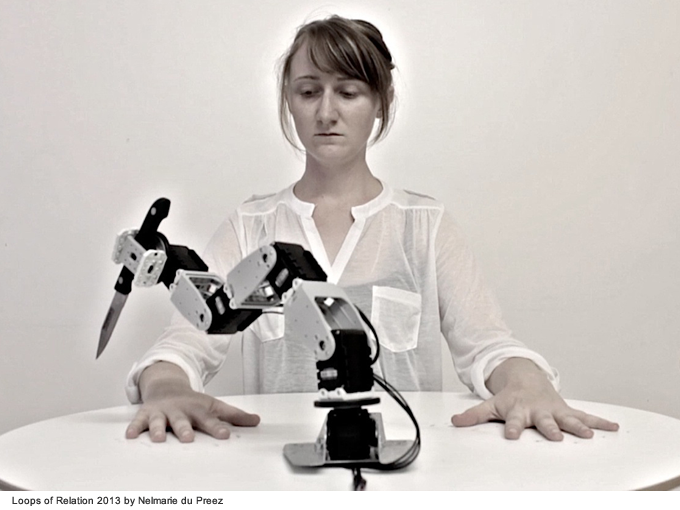 Digital art doesn’t mean only tangible objects, wires and screens. Nimrod Vardi, director of Arebyte gallery togheter with Hajni Semsei and Jonathan Jona, a space in London dedicated to the research and practice of New Media and Performance arts, believes that the new horizon in this artistic research is the human body, the mind and its relationship with technology.

At a time when technologies are increasingly rendering both private and public interactions visible, but at the same time invisible, he felt an interest and urgency to focus on the immaterial side of art, together with the rising new media practices. Together with the artists, in a participative and collaborative way of working, Vardi creates and promotes projects that lead to a reflection on the role of technology in our life, presenting very intimate and personal performances that involve both the artists and the audience.

Arebyte works with local and international artists on-site, with laboratories and residencies, and on-line, promoting new means of engaging the public. This is the right place and time to experiment this path, as Vardi explains, since there are not so many galleries that deal with this form of art, but many artists who explore new digital languages. 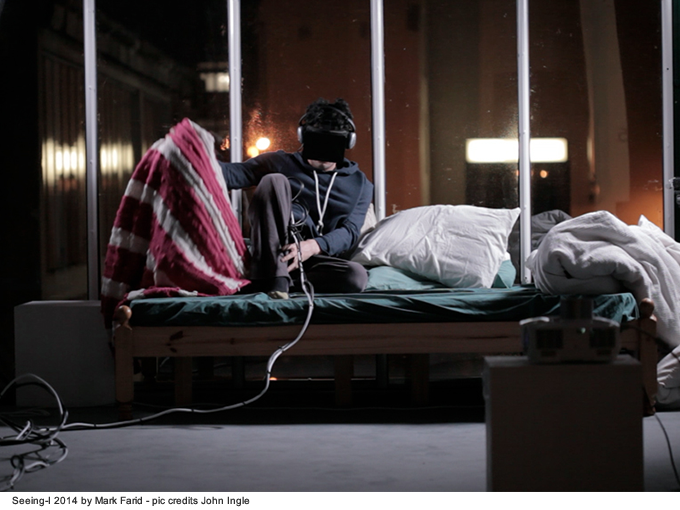 Lucia Longhi: How did the idea of the Arebyte gallery surface?

Nimrod Vardi: We started about 4 years ago under a different name (ARtCH) as space accommodating open studios, a venue and exhibition space. After a few months we had to move out of the premises and so we began our work as a nomad organization, curating shows and projects in alternative spaces such as cemeteries, parks, bars, barber’s. We then moved to our previous space where we had a white wall gallery with four artists studios. Last year we moved to our current location in Hackney Wick where we have an 85 sqm gallery with 15 artists studios.

Lucia Longhi: Since 2012, the gallery’s focus has been on new media and the performing arts. Why is this? Did it come from a need to fill the gap in the multimedia art scene?

Nimrod Vardi: The decision to focus on New Media and Performance art came along with the move to a premise, a larger one. I have always been in favour of these forms and felt this was the right place and time. As a curator I am fascinated by the immaterial qualities of art and see that more within digital and performance. I tend to get bored quite quickly and need a change and more dynamic environment – which these media provide.There aren’t many galleries in London that deal with these forms of art, and we feel that we are in a good place and time to do it. It is not simple as we are a non-profit, and up until now were mainly self-funded. 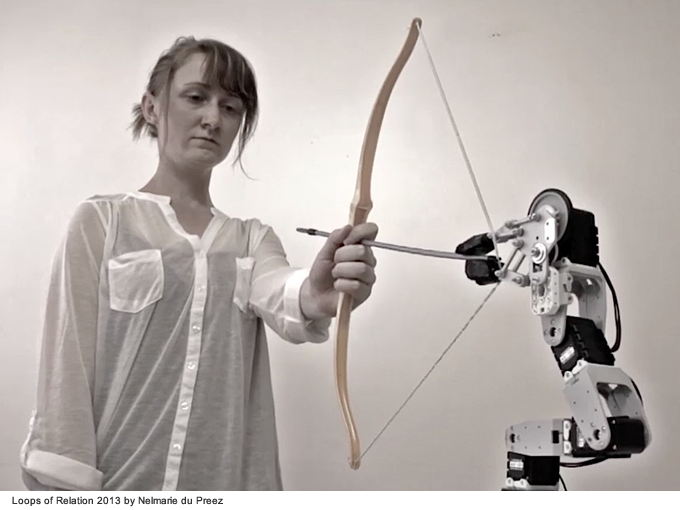 Lucia Longhi: I am very interested in the latest project you are presenting (Seeing-I, by Mark Farid: for 24 hours a day for 28 days, artist Mark Farid will wear a Virtual Reality Headset through which he will experience life through another person’s eyes and ears). Please tell me more about this project. It leads to a reflection on the symbiotic relationship between the virtual and the real world. Do you think that technology has the potential to increase human sensations and experiences, or does it create a detachment from the real world and other human beings?

Nimrod Vardi: Seeing-I was born through a series of meetings between myself and the artist, Mark Farid, where we discussed art, philosophy, technology and politics. Farid is a young artist, just recently graduated form Kingston University, but from what I’ve seen he is a very intelligent and opinionated person with a knack of transforming philosophical ideas into very well-executed works of art.

In one of the meetings I introduced Farid to Josh Harris, the main inspiration for this project, and his work (specifically We Live in Public). When we met after and he presented the idea, we felt that this is it – and it’s big! The project touches on ideas from philosophy, art and science, to psychology, popular culture, and the way we experience the world. It crosses all realms, touching very important aspects in each, and yet remains artistic and performative. I love how it references many important works from Marina Abramovich, Josh Harris to Tehching Hsieh, feature films such as Lawnmower, Strange Days and of course The Matrix, to more popular media such as Goggle Box, Big Brother and other reality shows.

The question about reality and virtuality has been asked by some of the greatest minds, and it does raise the question of what is real and what is not. Everything around us is man-made, and how real is that? What is natural and what is not? How do we conceive the world around us knowing that it’s designed by someone else with different intentions to ours? Technology plays a two sided game here – on one hand, it acts as an extension of our body, senses and mind, and on the other it acts as a screen (quite literally as well) between us and the the real experience. In Seeing-I the technology plays a crucial part in transmitting sights and sounds to Mark – that’s all he knows as real. At first he can reflect on that as subjective to his own notions and reality but slowly his ideas will blend into one another. His knowledge of what is real will change (or not) and he can be someone else, or someone else will be him. How would he know what is real or not if he speaks and no one answers? No physical touch? I am very intrigued to hear about his dreams. What role will he play in his own dreams? What shape would he take?

Lucia Longhi: This leads to my next point: the performances you present in the gallery have often an intimate and individual feature. They address and involve the spectator in a very deep way, by showing a very personal aspect of the artist, similarly to the video performance Intimations by Cinzia Cremona, or in Seeing-I. But there is a universal aspect to these experiences, in which the spectator recognizes himself. How do you choose the artists ? What is the aspect of a creative piece that interests you the most and is what you want to show and share with the public?

Nimrod Vardi: This year (2014) we focused a lot on the material – gadgets, wires; building stuff, along with research of how these affect us. For example, Choy Ka Fai created a dance lab where he invited dancers and looked at how they are being conditioned by technology and by their idea of choreography. Another example is Kian Peng Ong, who built small robotic arms which moved and mimicked the sound of the waves. The performance was the movement and the experience was the sound. I liked the idea of what would happen if you take humans out of the picture – and the robot could appreciate their work – what would they think about these arms who create sound of waves?

I feel that my biggest issue with art is the gap it creates between the spectator and the experience. I want to narrow these situations, and create a dynamic space, where works evolve, where people can ask, comment and help; show how artists think, work and create. We are a small gallery, and it has always been an issue with artists fees payment, but I feel that an office environment is a good place to discuss creative processes, labour politics, and economy. Lab space would create a place to research, a place to ask questions and most important a room for errors – the best things come through mistakes!

Lucia Longhi: Arebyte gallery is a cross-disciplinary space where multimedia experiences meet the human being, investigating the relationship between the human body and the technology, the human mind and the artificial devices, and the performing modality of putting in relation a creative work with the public. What is the cross-disciplinary art scene in London these days? Is there business? Are there a lot of spaces in London that focus on this type of approach?

Nimrod Vardi: London has almost everything. The cross-disciplinary approach also comes from the outside (Arebyte is hosted by Arbeit studios, which hosts 15 artists, designers and professionals), and is mainly dependent on proximity. London has a lot of co-working spaces, mainly in the “Creative Industry”, IT, media companies, R&D etc. But not too many artistic places such as galleries are around. The Carroll/Fletcher (http://www.carrollfletcher.com/) space is one of the most interesting spaces in London at the moment, along with Banner Repeater (http://bannerrepeater.org/), [SPACE] (http://www.spacestudios.org.uk/), Furtherfield (http://furtherfield.org/) and few others. But saying that, there are a lot of independent curators who work in the field . There are also more and more artists whose work concerns the digital, which is a very broad term. Regarding commerce, there are a few online platforms such as Sedition (http://www.seditionart.com/) – interviewed by Marco Mancuso for Digicult the last month, http://goo.gl/EJNUOw – where there was the auction at Phillips earlier this year and more and more online art stores such as Degreeart.com (http://www.degreeart.com/), Saatchi Art (http://www.saatchiart.com/), etc. 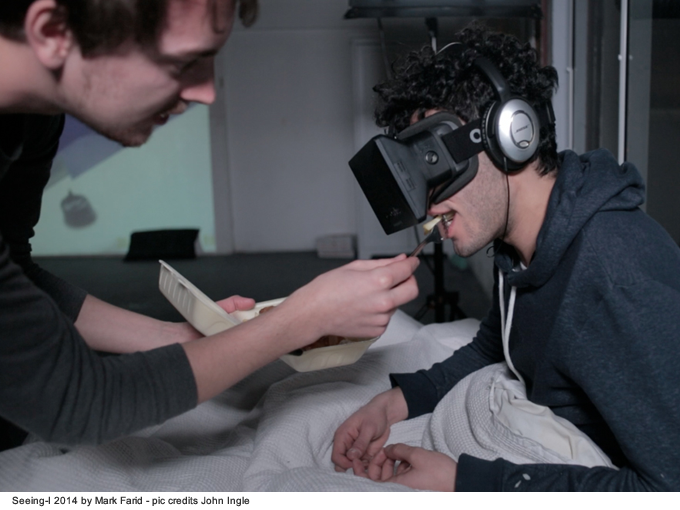 Lucia Longhi: What is your opinion about the nexts trends of contemporary and media art?

Nimrod Vardi: I’m not sure I want to speculate on the future of arts as it feels as if talking about trends and what’s the next cool thing, but I do feel that there is a lot more to learn about the ‘digital‘ world around us. We are still far from knowing what it is, and we have a lot more to explore in terms of aesthetics, philosophy and means. We keep inventing new modes of engagement, new ways of experience, so probably we will invent a new art form. Another topic of speculation is: how would computers perceive art and how would they make art that is not dependent on our experience of art? What would it be? 0’s and 1’s only? Frequencies which we cannot grasp? I don’t know; but it is interesting.

Lucia Longhi: Who is the audience you want to address with the projects of hybrid, cross-medium and multidisciplinary work? How do you image a new type of public involvement in art, especially cross-disciplinary and new media art?

Nimrod Vardi: I feel that the best way to get to know something is by proximity and by doing it together. So for example for 2015 we have built a program, and we will invite the public to take a more active part in the construction of the work. I see it more as a collaborative project, where the artist takes part in the construction of the work – the research, the development, affecting the shape and structure and even in the performance itself. It can be anything, but the main goal is to communicate the methods and ways in which artists think, work and create. 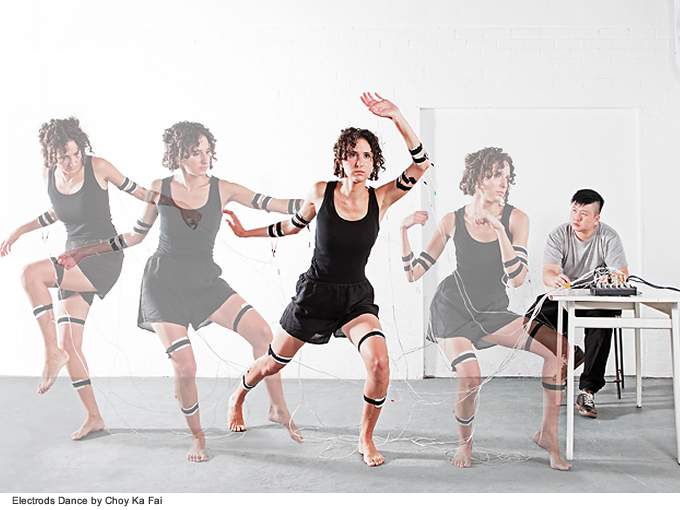 Lucia Longhi: What are your next projects and collaborations?

Nimrod Vardi: We will transform the gallery to a lab/office environment looking at different aspects of the digital/human relationship. The projects will use the lab for the research and labour, while the office will be used as the space to discuss the politics and experience of the work. For the first 6 month we will have 4 artist-residencies with Alisa Leimane, Marios Athanasiou, Zoe Hough and Nelmarie du Preez. All projects will use the office/lab theme and will look at different aspects of new media and performance.