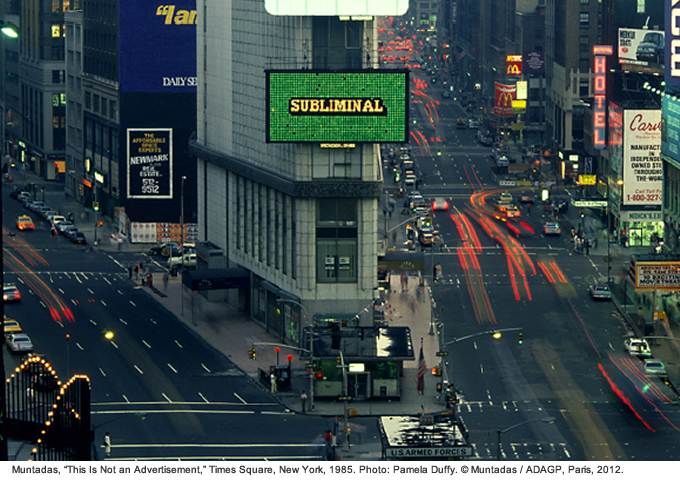 The Jeu de Paume presents a major exhibition by internationally recognized artist Antoni Muntadas, one of the early practitioners of conceptual and media art.

The show will survey Muntadas‘ prolific career, from the seventies to present days. His art practice spans four decades, in which he has utilized actions, video, photography, multi-media installations, publications, public art, the internet, radio and other media to address key political and social issues of our time.

Incorporating in-depth research and astute readings of cultural situations, his incisive works have addressed ideas such as the relationship between public and private, the flows of information along the media landscape, and the inherent power of architecture and other social frameworks. The show Entre / Between is comprised of 9 thematic constellations: Field of Translation, Places of Spectacle, Microspaces, Communal Spaces, Domain of Fear, Spheres of Power, The Archive, Systems of Art, Media and Landscape. 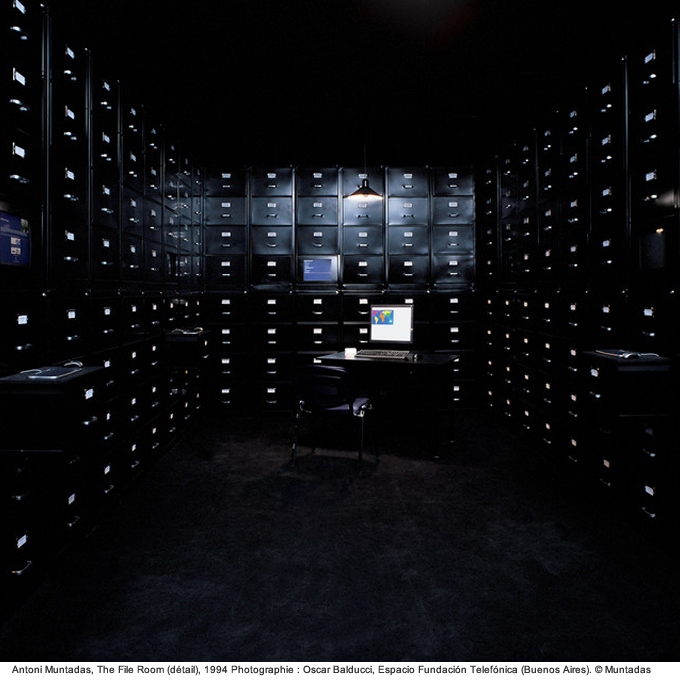 Muntadas (Barcelona, 1942) studied industrial engineering in Barcelona and came to art through painting. In the early seventies he became interested in multimedia art and moved to New York, where he currently lives and works. He maintains an intense teaching activity and his work is present in some of the most important collections in the world: the Museum of Modern Art – MoMA (New York); the Centre Georges Pompidou (Paris), Museo Reina Sofía (Madrid), Museu d’Art Contemporani de Barcelona – MACBA (Barcelona) or Museo de Arte Contemporânea (São Paulo). He has appeared in some of the most prominent international art festivals: documenta VI (1977) and X (1997), the Venice Biennale (1976 and 2005) or the São Paulo Biennale (1981), amongst others. In 2009 he was granted the Velázquez Prize for Visual Arts.