The Anthroprocene Project. A Report 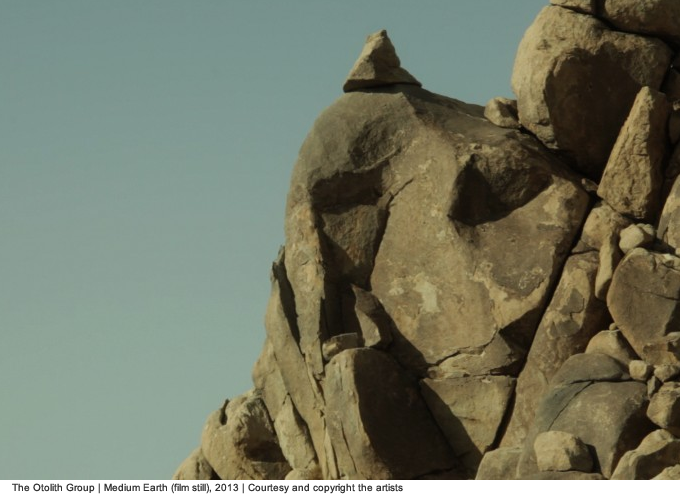 With the traditional methods of knowledge acquisition – the natural sciences on the one side and the humanities on the other – mankind has reached a limit.

The indivisible concatenation of industrial metabolism, climate change, urbanisation, soil erosion and the extinction of species, as well as a new social (self)consciousness have shown: the rapid reformation of cause and effect, means and end, quality and quantity requires a new approach to the world which is not governed by postmodern discourse but material interconnections and processes – from the accumulation of plastics into artificial islands in the ocean, to the particularity of a speck of dust on its way from the Sahara to the Brazilian rainforest.

A new sense of amazement at the wonder of planet earth is required: What can we do, how can we know – and to what extent are the two connected? With what means, methods and senses can we encounter the world of our own creation?

In A Report, an extensive program of events in conclusion to the Anthropocene Project, the HKW will be exploring precisely these questions. The core of the program is the long opening weekend with A Matter Theater and exhibitions by Adam Avikainen, The Otolith Group and the Anthropocene Observatory. A Matter Theater explores and negotiates knowledge and perceptual practices: international artists, theorists and scientists localise the effects of human activity within the dynamic structure of material cycles and earth states, geo-historical events and planetary techniques. 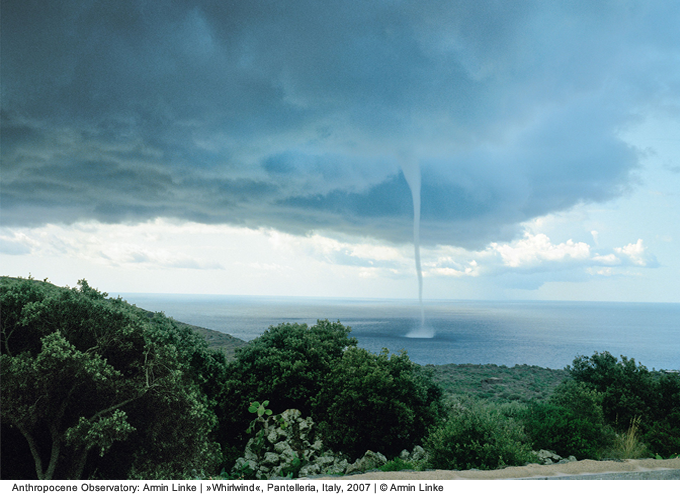 However, A REPORT includes more: the four volume publication “Textures of the Anthropocene: Grain Vapor Ray” takes the materiality of the world by its word – in the form of the Particular (Grain), the Volatile (Vapor) and the Radiant (Ray): A selection of historic texts from Hippocrates to Borges, an archive of reflections on objects and their transformation, commented on and extended by contemporary authors. The book forms the material and theoretical framework for A REPORT and will be presented here for the first time.

The Anthropocene Working Group, established by the International Commission on Stratigraphy, is contributing to science history, developing a proposal for the ratification of the Anthropocene as a geological epoch. It will hold its first official meeting on this weekend at the HKW, its forum event will be open to the public.

The media competition Future Storytelling is looking for cross-media narrative strategies which do justice to the Anthropocene thesis; the best projects will be premiered as part of A REPORT. An online Encyclopedia provides a list of the most important terms of the Anthropocene Project and its online material.

The publication series “intercalations: a paginated exhibition“, initiated by the curators’ network Synapse, examines the potential of the book as a form of exhibition, questioning traditional dialectical categories such as man/nature, human/non-human, subject/object. The first volume will be published in October.

And in November the Anthropocene Campus will be launched, presenting the current status of the Anthropocene Curriculum: a model project for knowledge production in cooperation with the Max Planck Institute for the History of Science. 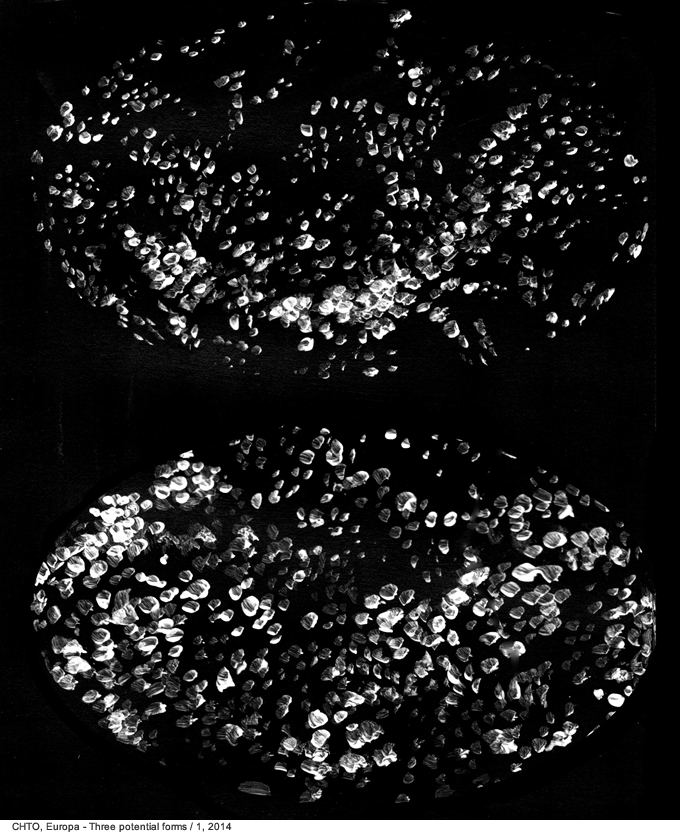 In the Anthropocene, it will be necessary to reformulate a variety of phenomena and processes of being in the world and making the world. Rapid climate change, biodiversity shrinkage, or the dispersion of anthropogenic materials take on a life of their own: what practices, knowledge-forms, and modes of participation are required within the Anthropocene? How can we relocate the capacity for humanity to effect within this redistributed arrangement of metabolic pathways, earthly conditions, geo-historical events, and planetary techniques?

A Matter Theater turns its attention to the reciprocity of earthly materials and political issues, that is, matter and matters. Accompanying the first meeting of the Anthropocene Working Group, and together with the cooperation of artists, theoreticians, and practitioners from around the world, a situational space of collaborative thought exercises, presentations, and workshops will develop at HKW.

In their essay film Medium Earth, The Otolith Group explores the earthquake endangered geology of California as well as the spatialized unconscious of capitalist modernism in the form of parking lots.Through pictures that appeal to the senses and the voice of a “medium” whose body is sensitive to seismic occurrences, the film listens to California’s deserts, translates what the stones write, and decodes the calligraphy of the earth’s crevices.

Recent group exhibitions include There is always a cup of sea to sail in: 29th Biennial de Sao Paulo, 2010; In the Days of the Comet: British Art Show 7, Hayward Gallery, London, 2011; dOCUMENTA (13), Kassel, 2012, ECM: A Cultural Archaeology, Haus der Kunst, Munich, 2013; The Whole Earth: California and the Disappearance of the Outside, Haus der Kulturen der Welt, Berlin, 2013; and After Year Zero, Haus der Kulturen der Welt, Berlin, 2013.  In 2010, The Otolith Group was nominated for the Turner Prize. 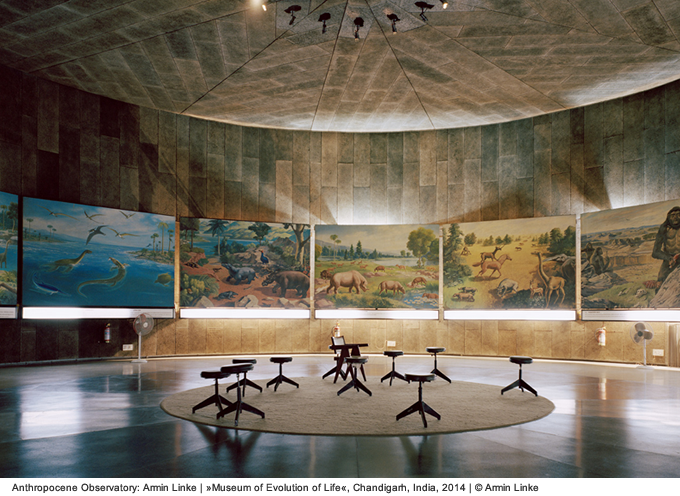 The overarching exhibition of Anthropocene Observatory is dedicated to the analysis of spatial orders and political institutions in the history of planning, modeling, and control in the Anthropocene, and studies the relationship between new global planning scenarios in the age of climate change to politics, economics, and property relations. Are there old and new notorious blind spots in the scenarios of planning and control?

The contested history of geology – as a science of planetary history – has developed alongside the material and social spaces of modernity. Each form of political and territorial organisation – the city-state, colonial empires, nations, the international order – has been linked to different natural resources and maintained different imaginaries of geological time. Anthropocene Observatory: #4 The Dark Abyss of Time explores how the exit from the Holocene is rapidly intensifying the semi-stable forms that have bound human cohabitation to its material spaces. It enquires into the forms of contemporary life and the spaces it is generating, cutting through established bonds, opening up new connections between science and politics, moulding control structures and shaping new landscapes and territories.

The destabilising conditions entailed by the new geological epoch reverberate across polities, institutions, law, international organisations, infrastructures, war, land, practices of scientific investigation and practices of government, the sea, cities, markets and planning institutions. They reshape human spaces as well as their material counterparts, they form a new mode of operation, where non-human and human agencies interact in unprecedented ways.

The exhibition articulates these emerging spaces through video installations, documents, interviews, large scale photography and remote sensing analysis. It extends and consolidates the archives of Anthropocene Observatory assembled over the last two years.