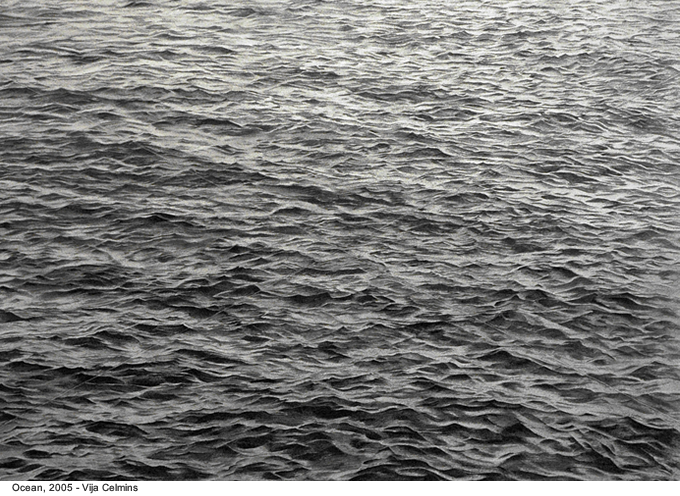 Vija Celmins has been known since the 1970s for memorable subjects—seas, deserts, nocturnal skies, spider webs—which she renders in a variety of media. Celmins’s retrospective at the Secession is her first solo exhibition in Austria, for which she has selected over 70 works of graphic art from five decades. It surveys this strand of her oeuvre from works she created as a student in the early 1960s to several recent editions that have never been on public display.

Celmins uses images from photographs and found printed matter, stripping the sources of their original contexts and reassembling them in a new medium. The repetitive interpretation of a small number of motifs shifts attention from the image to the material for a probing examination of its specific qualities and effects. Printmaking thus occupies a central position among the many media Celmins works with, on a par with drawing, painting, and sculpture.

Celmins’s art maintains a delicate balance between abstraction and depiction, between surface and proportion, between the suggestion of movement and stillness. Their small formats belie their expansiveness. Many of the pictures evoke boundless spaces and actions that have crystallized in novel forms both physically manifest and immutable. 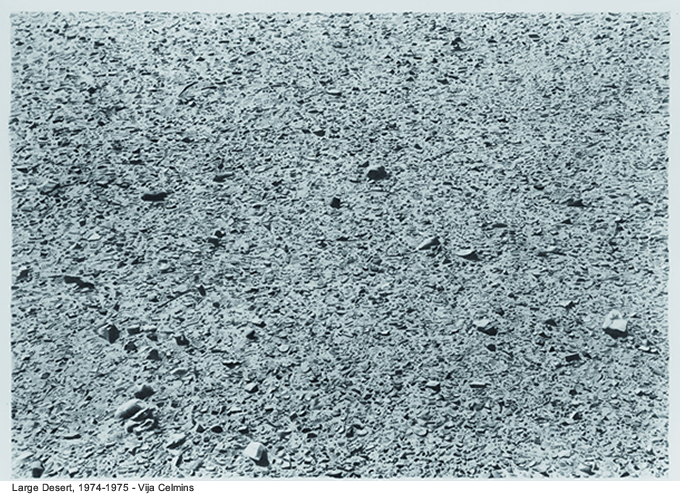 Structured by the equipollence of multiple elements and without perspectival vanishing points, the pictorial spaces withhold any sense of orientation, confronting the viewer with the total experience of sea, desert, or starry sky.

An artist’s book by Vija Celmins, to be published in conjunction with the exhibition, will include reproductions of selected works as well as a selection of previously unpublished poetic sketches and reflections on aesthetics culled from her diaries of the past several decades.

Vija Celmins was born in Riga (Latvia) in 1938. At the end of World War II, her family fled the country, first to Germany and then to the United States. Celmins lived and worked in Los Angeles from 1962 to 1981 before moving to New York. 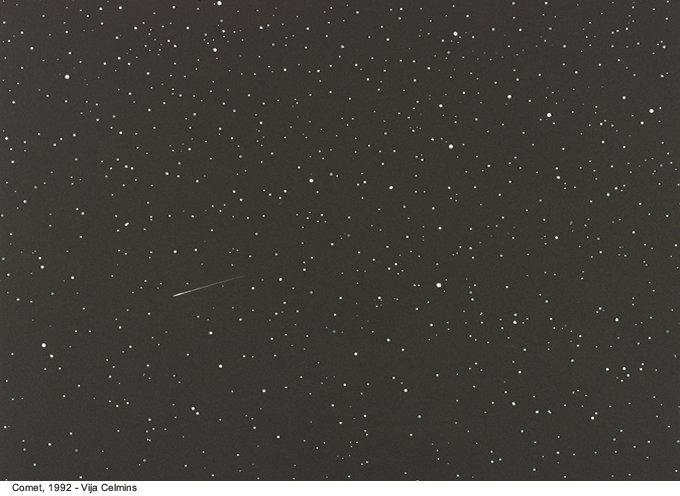 Julia Haller engages with the conventions and history of painting, trying to leave it behind or to negate it in her own work. Subtle gestures of refusal and of defiance shape the aesthetic repertoire of the artist, who studied textual sculpture with Heimo Zobernig at the Academy of Fine Arts Vienna.

At the 2012 exhibition Phata at Cologne’s Reisebürogalerie, all the canvases were strangely distorted, as if the material were stretched too tightly. Physically separating from the wall, they took on the character of something object-like that contradicted the flatness of the medium of painting.

On the canvas, often without foundation, Haller paints ornament-like patterns with geometric based shapes in primarily thin, transparent colors or surfaces that stand out from their backdrop without color and reveal abstract scribbles. The spectrum of materials used stretches from bone and rabbit skin glues, shellac, acrylic paint and gouache to iron oxide pigments. 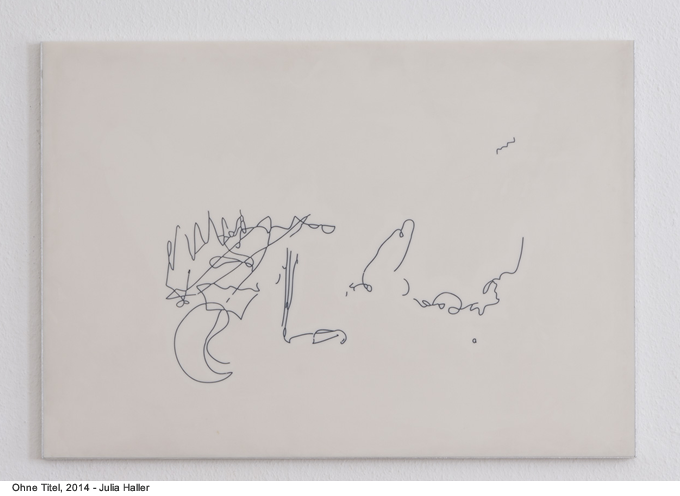 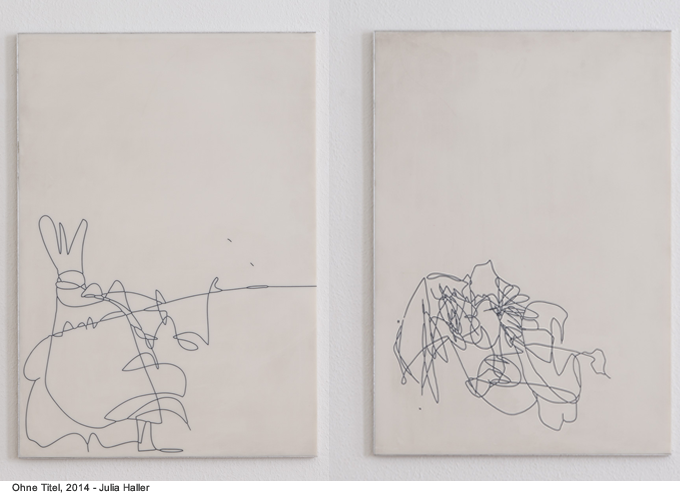 In the small format series Ohne Titel(Untitled 2014), a deep-black iron oxide canvas behind glass generates a mirroring surface, oscillating from violet to blue, where the surfaces and drawings only gradually begin to reveal themselves, almost as if they did not want to be discovered.

For her first institutional exhibition in Austria, Julia Haller is producing a new series of works. The perception of the rooms in which she will present the new series is modified thanks to minimal interventions.