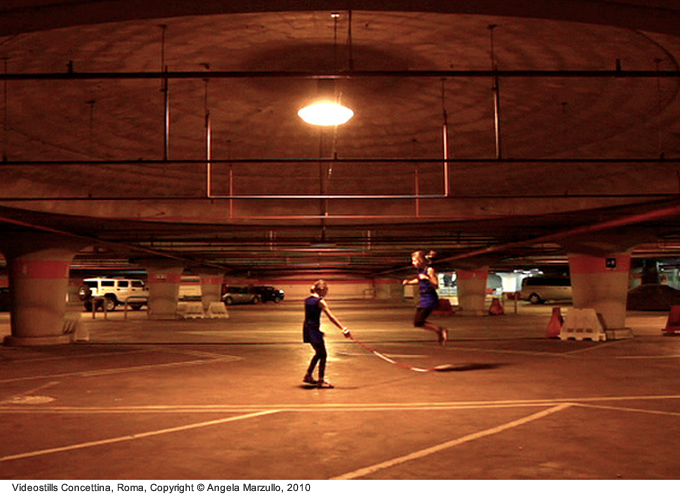 Concettina, the solo exhibition of the Swiss artist Angela Marzullo opens on April 27th 2013 at Villa e Collezione Panza, Varese, the property owned by FAI – Fondo Ambiente Italiano. This is the second appointment of AN EDUCATION, a series of exhibitions of artists’ videos and workshops conceived for students and anyone interested in contemporary art. The video – of the same title – will be available in the project room of the Villa until May 23rd.

Angela Marzullo has been working for years on the ways in which knowledge is transmitted and identified with the power of patriarchal culture. Her identity as an artist has merged with that of mother and her two daughters are often the protagonists of her videos. Concettina, inspired by Pier Paolo Pasolini’s Lutheran Letters (1976), is a critique of contemporary pedagogy and a social and existential reflection on the role of education in today’s society.

For Pasolini school is a cultural organisation based on a hierarchical structure that miseducates, building and strengthening institutional power rather than promoting the education and spiritual growth of its students.

The video was produced by the artist during her residency at Istituto Svizzero di Roma in 2010; she selected a number of sentences from Pasolini’s book and asked her two daughters to interpret them. Concettina shows the uncertainties and doubts of two teenage girls who think out loud while roaming around the semi-desert car park of Villa Borghese in Rome, a significant place for hosting – in 1973 – Contemporanea, the historic exhibition of contemporary art that brought together the work of some of the most important artists in the world; it is also a tribute to the architecture of Luigi Moretti.

On the day of the opening Angela Marzullo will conduct a workshop from 10am to 1pm with students from a local high school, while at 4pm she will meet the public during a conversation with the director of Villa Panza Anna Bernardini, the curator Maria Rosa Sossai and the film critic Mauro Gervasini. Afterwards the video will be screened in the chapel, on the first floor of the villa, specially set up as a project room. There will be guided tours for students of schools, colleges and universities of the surrounding area and of Lombardy. 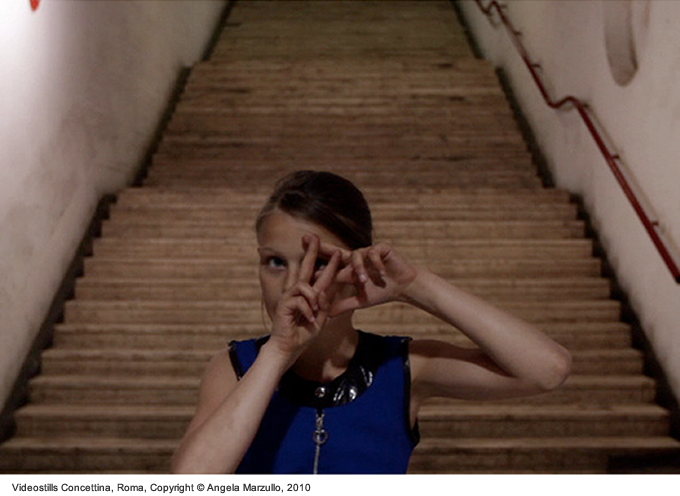 AN EDUCATION is an initiative of FAI – Fondo Ambiente Italiano and is curated by ALAgroup, the platform for education and contemporary art founded by Maria Rosa Sossai. The project stems primarily from the didactic-educational need to attract young people to the museum and stimulate their interest in contemporary art, with an emphasis on new technologies and the new media which has always been one of the main guidelines behind Giuseppe Panza’s choices in the creation of his Collection.