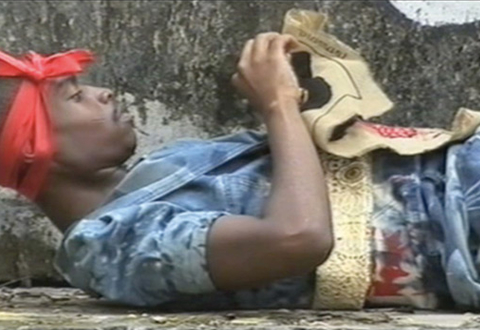 When Brian O’Doherty first published his famous essay Notes on the Gallery Space in 1976, he provocatively questioned the gallery space and system.

Already one year earlier, RoseLee Goldberg had argued that the emerging arts practices at that time, as conceptual art or performance art, amongst others, negotiate space radically differently. 30 years later, Goldberg resumes that performance art today has, finally, become interesting for museums, but is still overlooked or rather presented as part of an event-like side programme of biennials or art fairs. Goldberg rather suggests to reflect how to give performance a specific time and space.

When it comes to the Bag Factory Artists’ Studios and GoetheonMain in Johannesburg, South Africa, both white-washed spaces, one might want to keep in mind, that the white cube is close-knit with (post-war) western art. How might either the production spaces at the Bag Factory or the project space at GoethonMain function for the presentation of performance art, while both the artists’ studio and the white cube are full of both internal (art) historical mythologies and connotations?

Has performance art internalized the white cube—or even the black box—already? Or rather should the relationship between the notion of performance as (ephemeral) action and performative representation in media, such as video and photography, be challenged?

Throughout live-performances, performative video installations, performative photography, lectures, guides and talks, the exhibition project questions common notions of performance and performativity, the supposed (in)visibility of this art practice in South Africa and abroad. 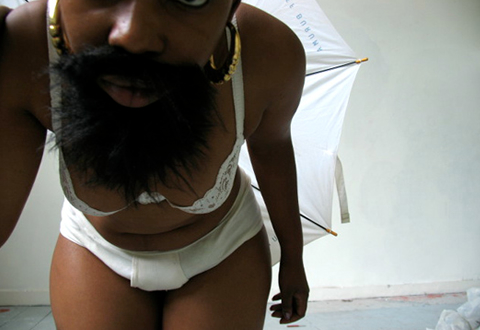 Project partner: SAVAH/CIHA Colloquium: Other views: Art history in (South) Africa and the global south (University of the Witwatersrand, 12-15 January 2011)