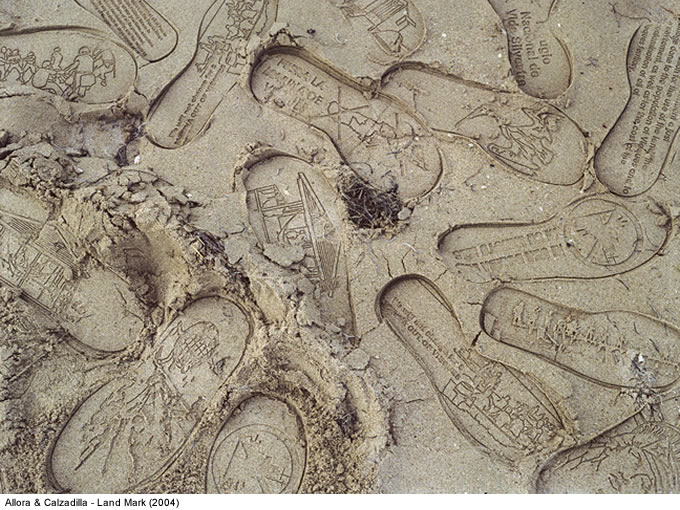 The Philadelphia Museum of Art (PMA) and The Fabric Workshop and Museum (FWM) will present Allora & Calzadilla: Intervals, the largest solo exhibition in the United States to date by the Puerto Rico-based collective. Included will be several new and recent projects, ranging from films and sculpture to sound pieces and performances.

Since 1995, Jennifer Allora (born in 1974 in Philadelphia) and Guillermo Calzadilla (born in 1971 in Havana, Cuba) have worked in close collaboration on a conceptually rigorous body of work that focuses upon the intersections of history, material culture, and politics through a wide variety of media.

Timothy Rub, the George D. Widener Director and Chief Executive Officer of the Philadelphia Museum of Art, said: “This project celebrates a spirit of collaboration on many levels, with two artists, two museums and musical collaborators who will perform as part of the exhibition. Many people had the opportunity to become familiar with the work of Allora & Calzadilla in 2011 when they were selected to represent the United States at the Venice Biennale, and many more will be fascinated as well as delighted by the new directions their work has taken since.”

Marion Boulton Stroud, Founder and Artistic Director of The Fabric Workshop and Museum, stated: “Working with our colleagues at the Philadelphia Museum of Art, we are proud to bring this exceptional exhibition to our city, a fitting place in which to premiere new work by these creative talents.” 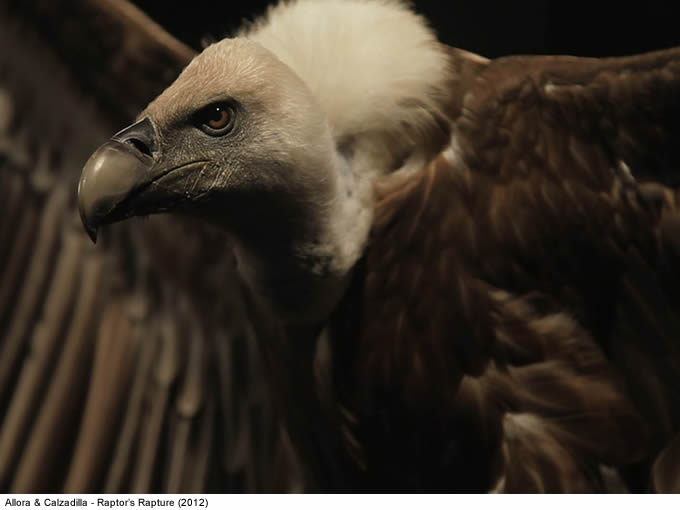 Allora & Calzadilla notes, “Intervals revels in the unknowable as essential to human experience. The exhibition bears witness to incomplete presences and resonant remainders. It finds in music a measure and a reckoning with these elusive forces and the abyss that lies between.”

PMA will present three films: Apotomē (2013), Raptor’s Rapture (2012), and 3 (2013), each of which stems from the artists’ research of artifacts and a conceptual reconsideration of human relationships to them. Also presented will be a new sound work, Interludes, in which breaths commonly muted from unmixed vocal recordings will be heard.

PMA will also premiere a new choral work composed by Christopher Rountree titled In the Midst of Things, performed by the Philadelphia-based choir The Crossing, and referencing Joseph Hayden’s The Creation. In addition, an orchestral performance titled A Concert for Elephants, also composed by Rountree, will revisit the music played to two elephants in 1798, staging an ensemble of 11 musicians in juxtaposition to the film Apotomē.

At FWM, a second installation of Interludes will connect the two venues. Lifespan, a new sculpture and performance work, also performed by The Crossing, will focus on a sample of the earth’s mantle estimated to be over four billion years old. The Great Silence, a new, three-channel video installation, focuses on the world’s largest radio telescope, located in Esperanza, Puerto Rico, home to the last wild population of an endangered species of parrots. In addition, a sculptural installation titled Intervals, will premiere. Composed of transparent acrylic lecterns that hold fragments of dinosaur bones at heights corresponding to the body of each animal, Intervals will offer a fractured reading of natural history. 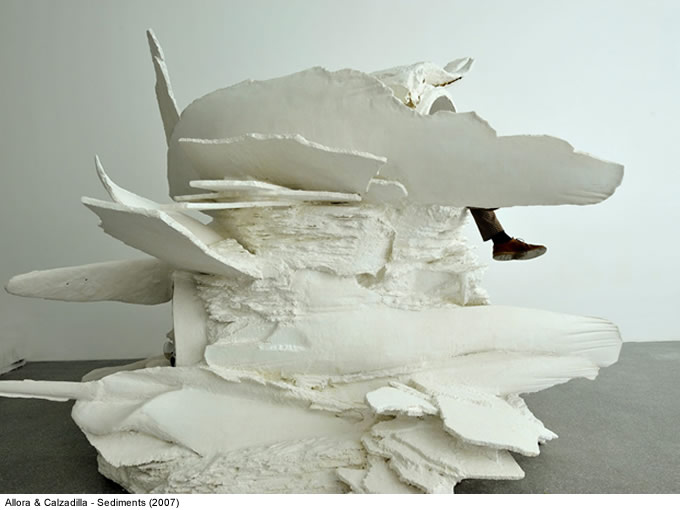 Jennifer Allora and Guillermo Calzadilla have exhibited widely and their work is held in many public and private institutions. Recent solo exhibitions have been presented at the Nicola Trussardi Foundation, Milan (2013); Indianapolis Museum of Art (2012); the US Pavilion at the 54th Venice Biennale (2011); the Museum of Modern Art (2010); Haus der Kunst, Munich (2008); Stedelijk Museum Amsterdam (2008); and the Serpentine Galleries, London (2007). Group exhibitions in which their work has been included were Documenta 13, Kassel, Germany (2012); the 5th, 7th, and 10th Gwangju Biennials, South Korea (2004, 2008, 2014); and the 24th and the 29th São Paulo Biennial (1998, 2010), among others. Allora & Calzadilla live and work in San Juan, Puerto Rico.