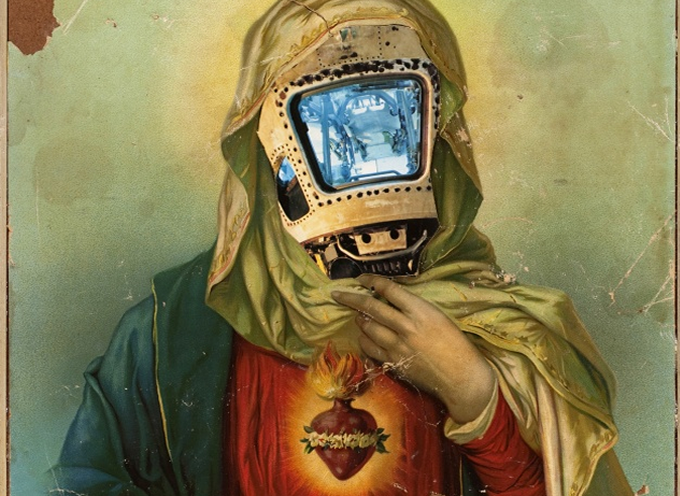 The Space Age is an exhibition by Aleksandra Mir (b. 1967, Lubin) concentrating on a body of work about space exploration the artist has developed over the past 15 years.

Based on a number of historical events, such as the discovery of the laws of physics, the early experimental spaceship launches, and the first successful moon landing, Mir’s public events, films and works on paper investigate the complex relationship between science and religion—an ambivalence underscored by her interplay of facts and fiction.

Mir uses science fiction to metaphorically reflect on life on earth. What is the purpose of leaving and going so far away? How far away from home can you go, and still be relevant to the people you left behind? What happens to the ego when tangible references vanish? Is the risk worth it? Is scientific discovery a way to meet or to challenge God? And is extreme solitude a path to self-realization or simply a process to verify one’s existence among others? 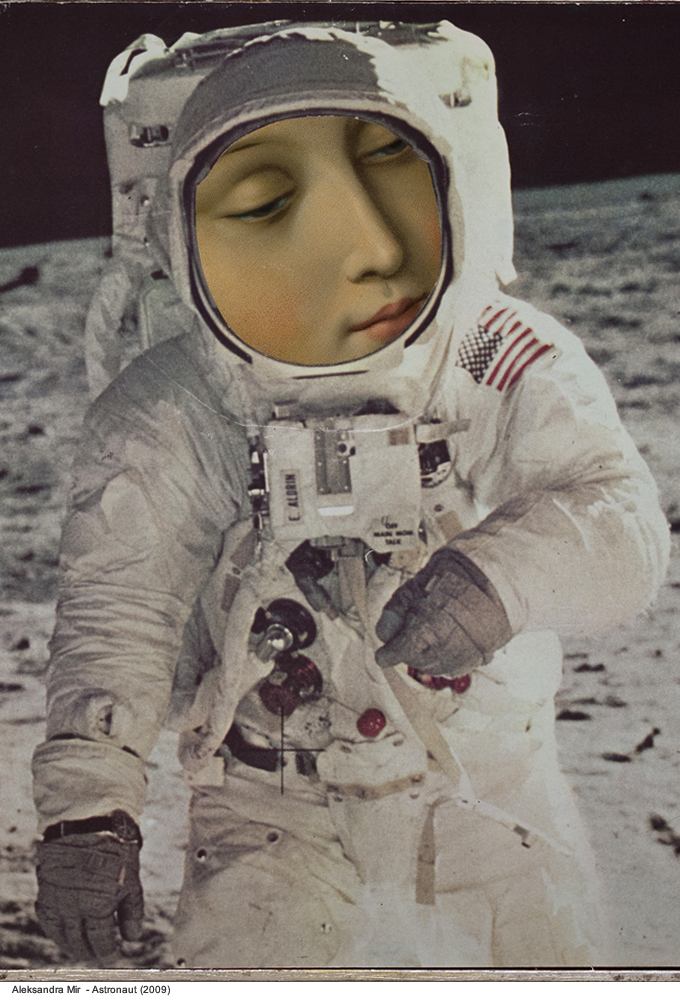 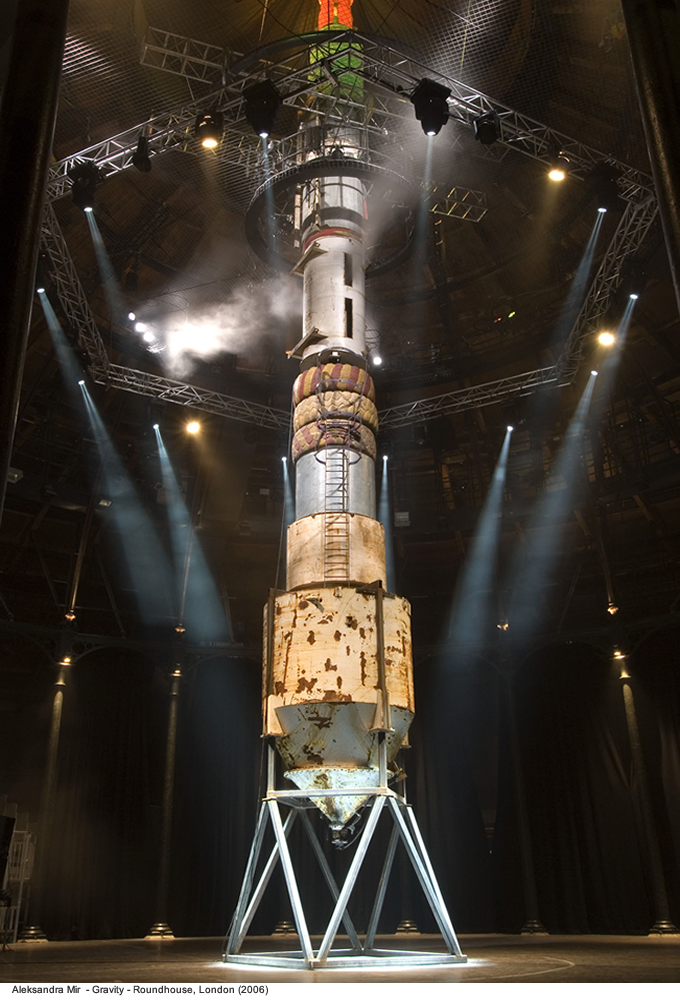 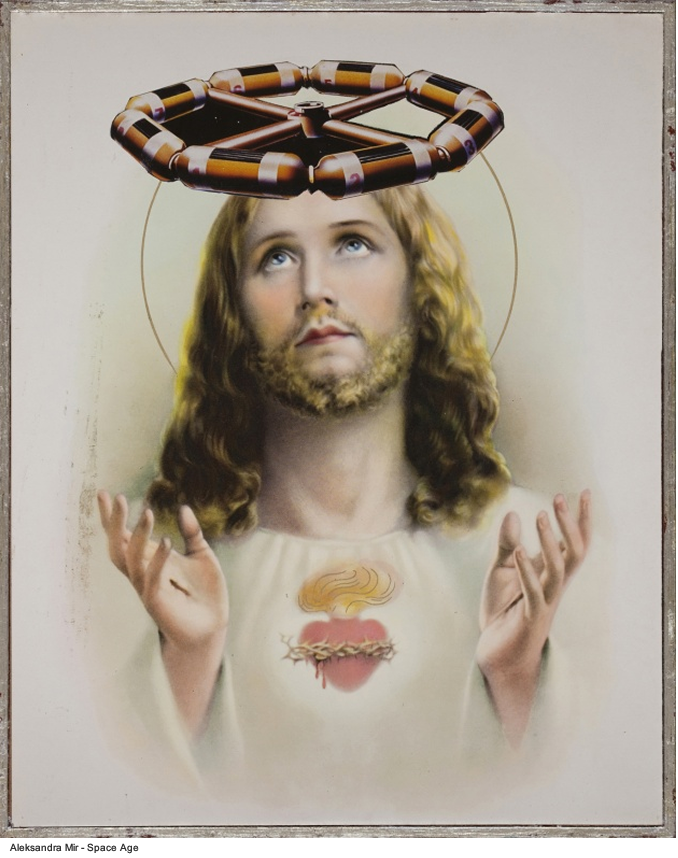 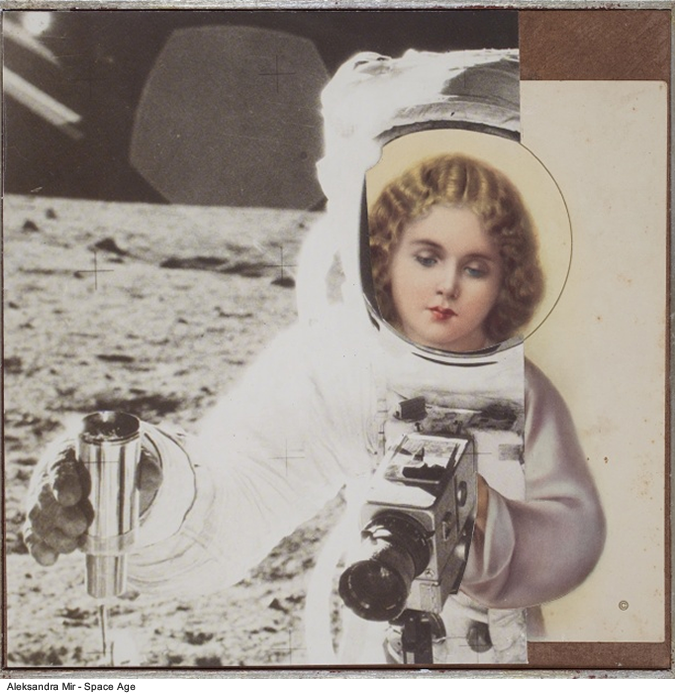 The exhibition at M – Leuven brings together for the very first time Mir’s early work First Woman on the Moon (1999) with Gravity (2006), The Dream and the Promise (2008–09), The Seduction of Galileo Galilei (2011) and the more recent Satellite Crashes down in Porto Alegre, Brazil (2013). The exhibition will be accompanied by a fully illustrated poster book with an essay by Martin Herbert published by Sternberg Press.