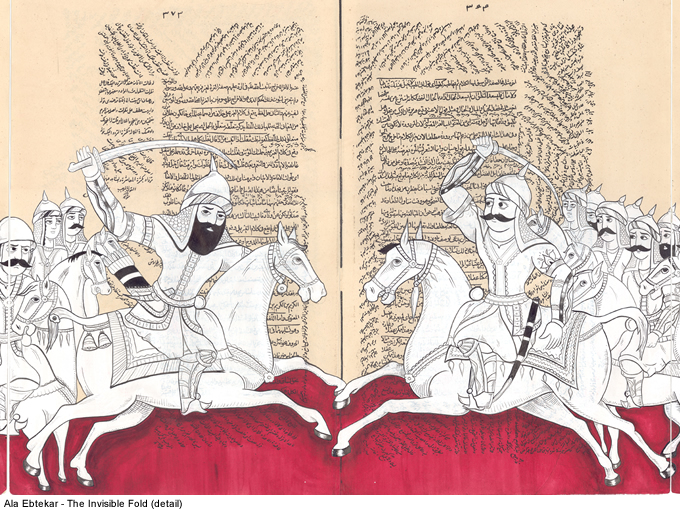 The Third Line is pleased to open its spring 2015 program with Ala Ebtekar’s Nowheresville ‘nä-kōja, -abäd. Working with ideas of the celestial, home to planetary and spiritual configurations that have fascinated humanity since the beginning of time, the artist combines early 12th-century traditions of Persian cosmic philosophy with modern-day scientific imaging of the heavens. His explorations over the years, into the union of both spectrums, and a search for the portals into imagined futures, culminate in this mystical homage to Light.

Continuing his investigation into traditional and popular depictions of space and time, Ebtekar is presenting a new body of work where the cosmos are used as a metaphor for exploring transcendence. He moves fluidly between mediums – working together with traditional methods such as drawing and painting and new-media platforms such as digital interventions, and sound and light installations – to create a dialogue that is reiterated in the choice of medium and the process itself. Through the visual juxtaposition, Ebtekar interlaces a narrative of the collective histories, theories and archetypes that tie our past in with the visions of the future. 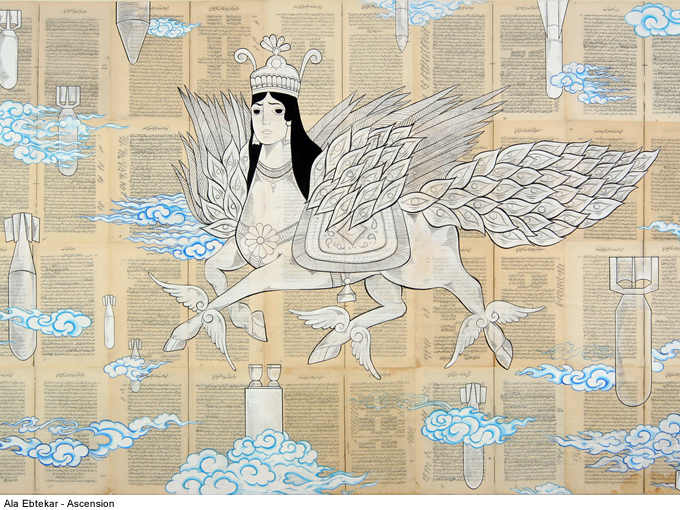 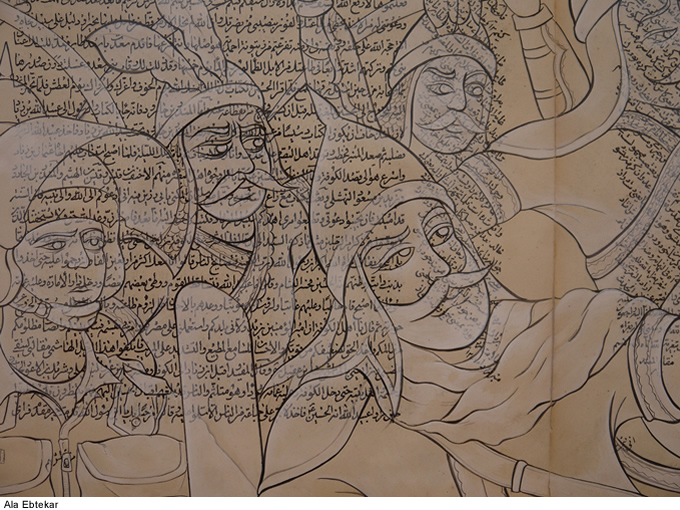 The Third Line is a Dubai-based art gallery that represents contemporary Middle Eastern artists and also hosts non-profit, alternative programs to increase interest and dialogue in the region. In addition to this, The Third Line publishes books by associated artists from the region.