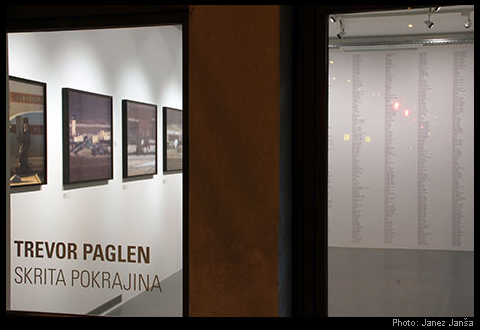 After almost a decade of its existence Aksioma | Institute for Contemporary Arts is opening a Project Space in the city centre of Ljubljana, Slovenia. The space is to connect and facilitate the institute’s own production as well as artistic practices and diverse new-media art projects which have the need for an exhibition space.

The focal point of the programme is going to be dedicated to hacking the role of mass media in contemporary society through various artistic mediums interpreting its narratives in subversive, critical, or ironic manner. We are highly challenged by the status of an art gallery space in a world where access to digital technologies offers a radically rethinking of such institutions, promoting an immediate real-time experience of art where the Project Space ideally functions merely as a physical space where things are made visible and not necessarily the end-product of artistic articulation.

Trevor Paglen is going to mark the opening of the new Aksioma Project Space with a very concise exhibition of four projects from his wide-spread artistic research on landscapes and phenomena that are hidden from the public view and work in the heterogeneous interests of the state apparatus. He is going to show a selection from his work Symbology (2006), in which he has collected a wide range of perplexing symbols and insignia that signify secret military operations, various units, command affiliations, and programmes, by which members of these programmes are able to identify one another. The patches represent a distinguished military culture, marked by an explicitly gaudy taste, in which the “Pentagon’s ‘black world’ is replete with the rich symbolic language that characterises other, less obscure, military activities”.

The second work at the exhibition, Missing Persons (2006), is going to present another by-product of secret activities, which only insinuates the highly dubious activities of the CIA, for which it has created a wide-spread list of fake names to cover up the trail of their agents. Since the mid-nineties, the CIA has been wildly active in kidnapping, detaining and torturing people who were suspected of terrorism all around the world and it has brought them to a network of secret prisons referred to as “black sited”. For their activities, the CIA has used unmarked aeroplanes, which are owned by intricate networks of front companies whose boards of directors are composed of non-existent people. The Missing Persons project is a collection of their signatures culled from business records, aircraft registrations, and corporate filings. 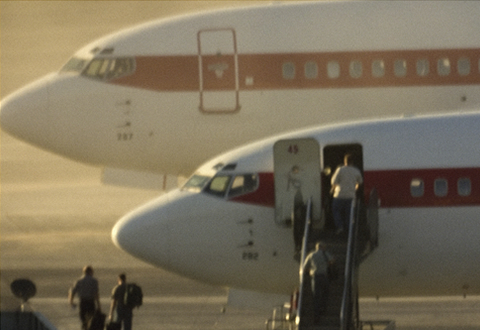 Connected to both of these works is the project Code Names, which lists words, phrases, and terms that designate active military programs whose existence or purpose is classified ranging from intelligence programmes to military operations, and secret identities and fake companies.

The forth project is going to present selected works from the Limit Telephotography project, which unveil the geographies of classified military bases and facilities that are off-limits to the general public. In this piece, in which the artist uses highly magnified photographic technology that closely resembles astrophotography, the artist reveals highly grained blurred images of secret geographies, which seem so far as if they did not belong to the same dimension.

Supported by The Ministry of Culture of the Republic of Slovenia and the City of Ljubljana – Department of Culture
Thanks: Marco Deseriis, Marko Peljhan, Christina Mey