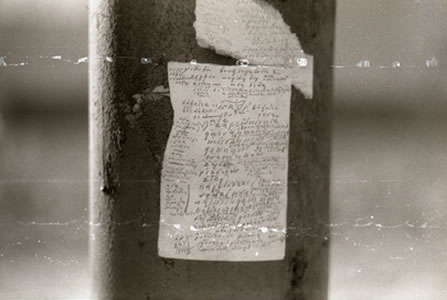 The exhibition Agents & Provocateurs surveys certain forms of confrontation: agency and provocation, both understood as dissenting artistic attitudes. The project explores to what degree these stances prove to be viable forms of protest in different and changing political contexts. Starting out from the counter-cultural scenes of state-socialist East Central Europe, the exhibition asks what sort of critical potential the oppositional artistic positions of the time really had, with provocation and irritation as frequent vehicles of artists’ defiance.

Was ‘oppositional’ a (self-)chosen stance, or did the narrow confines of a repressive regime constitute dissident thinkers so? Did artists engage with the various aspects of social reality under an autocratic political rule, or were they rather concerned over the infringements of their artistic and individual freedom?

Agents & Provocateurs goes on asking how oppositional strategies in state-socialist times determine the absence or presence of critical artistic positions today, and how they relate to the transformation of a more broadly understood political culture. Within the context of the much-desired democracy, is the individual prepared to take advantage of the situation that democratic power wielding, theoretically, no longer infantilizes, silences, or paralyzes critically-minded individuals but perceives them as potential social actors? 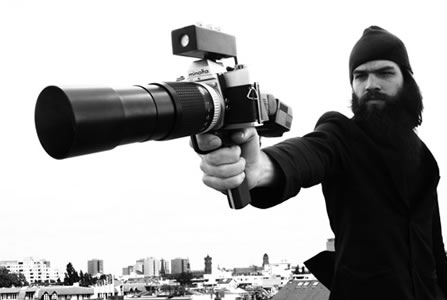 Does a transformed political climate prompt strategies other than mere defiance, protest, and antagonism to articulate discontent? Is the continuing practice of provocation sustainable or dysfunctional in political democracies, or does it reproduce patterns of thinking and acting that were acquired under an oppressive system?

Certainly, any political, economic, social or cultural system has its oppressive features and unjust hierarchies. Agents & Provocateurs therefore asks how genuinely critical attitudes need to reconfigure again and again in order to capture these? The exhibition presents cases in which cultural workers do not remain the passive victims, witnesses, or commentators of events; when they do not merely criticize and point to disturbing issues, but do act, mobilising their agency. The focus is on instances when artists think of themselves as social agents and are willing to work politically with the ‘enemy’.

The predominantly East-Central European cases will be juxtaposed with, and accentuated by, contemporaneous examples from contexts with different political cultures.

Instead of a touring exhibition, the compilation of an ‘exhibition kit’ or ‘mobile archive’ is devised as an afterlife of the show. The archive – partly available on the project’s website- will contain additional materials accumulated during preparation and research, and will be offered for loan to art schools and institutions internationally.

The compiled material is to be activated through workshops and educational modules organised in collaboration with the network of artists and experts established in the process of realising the project.