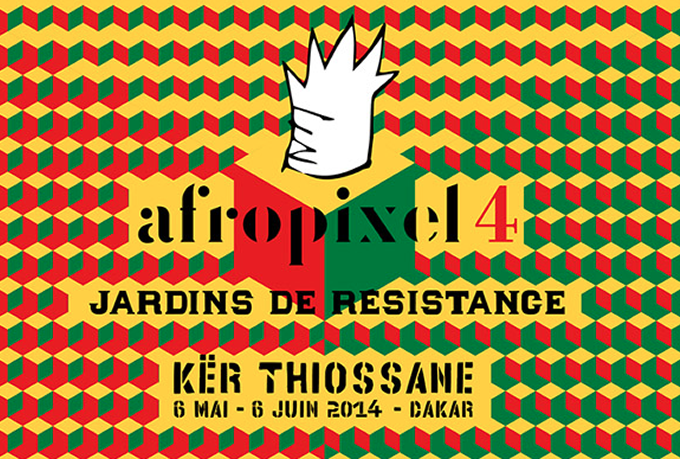 Throughout the resistance gardens, a lifestyle is establishing itself, not only in regard to the issue of the garden, but in a general way, to the relationship between a man and his socio-biological environment where, according to the standards of the Garden Movement, the living economy consists in doing as much as possible with as little as possible against the existing energies. This applies to daily activities in every domain. The expansion of the concept of resistance is possible on all levels. However, it is necessary to stay in permanent alert in order to avoid confusing consumerism flow, ideals of development and misleadings with ecology – Gilles Clément

Since 2012, Kër Thiossane has developed a plurality of reflexions and workshops about common property in Senegal. By a reinforcement with perspectives from the south, these “breakfasts” have actively contributed to the international network for the implementation and animation of the common.

In 2014, Kër Thiossane is still conducting the actions initiated in these past few years by opening up in his neighborhood Sicap Liberté, a school where the “In-common” is experienced daily in public spaces around a shared artistic garden and a fablab structure. These are real “resistance gardens ” in a capital constantly evolving towards a capitalist and individualistic model, plagued by growing tensions between rurality and urbanity, tradition and modernity.

This school is a real “laboratory” of research and experimentation in several disciplines, crossing art, technology, urban ecology, economics, and the practice of good neighborly relations. Artistic creativity and the other activities suggested around this institution intend to open spaces for reflection, establish experimental methods that put into practice the question of being together.

Throughout projects and meetings around the resistance gardens, Kër Thiossane allows art and culture to contribute to sustainable innovation, by the implementation of the concepts of open culture and free exchange of knowledge. As such, the “Commons School ” advocates an ethic of mutuality, conviviality and the art of living together. Afropixel 4 is the occasion for the public launch of this common school. 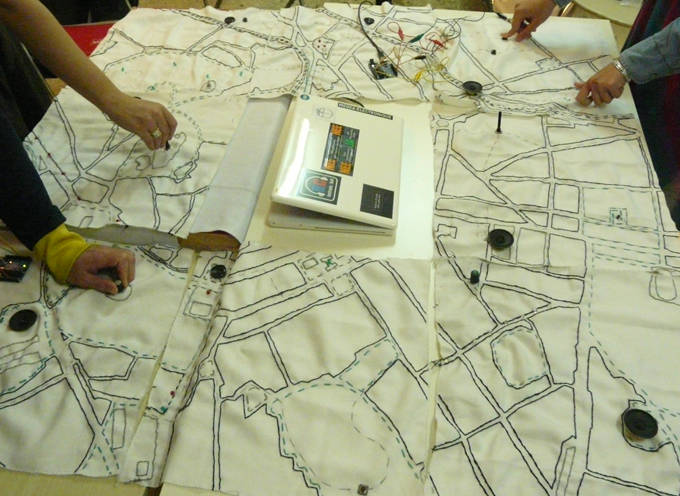 In the continuity of the previous editions, the Afropixel festival and Kër Thiossane will invite local residents, craftsmen, thinkers, designers, IT specialists, gardeners, botanists…, to get together and wonder about this concept of “gardens of resistance”, knowledge sharing and “in common”, on the planet in general but also on the scale of an african capital as Dakar.

These previous actions, allowed us to generate the program and the reflections offered during the festival. Group reflections, meetings with the inhabitants. The installation of the Defko Ak NEP fablab and the Textile Design Remix workshop with the social rehabilitation center of Liberté 3 and the foreshadowing of the Jet d’Eau garden. All of the events presented in this program are free and open for access to all. Workshops and trips by inscriptions. More informations can be found on the Kër Thiossane website , in the “News” section.

The activities of Kër Thiossane started in 2002 with the aim to provide African artists with access to multimedia tools and with support from Fondation Langlois. At the time, there was already a large amount of cyber cafes in Senegal, and generally speaking, Senegal has been doing quite well in terms of new technologies as compared to the rest of Africa. But still today there is no department for digital art at the National School of Arts in Dakar and people mostly ’consume’ the internet. Ker Thiossane wanted to propose another approach to media and technology, emphasizing them as tools for knowledge that can be appropriated, and support the development of African multimedia creations on the internet. “Technology doesn’t prevent tradition from existing, it’s the encounter between the two that is interesting” says Marion. Since 2002, Kër Thiossane has organised various workshops bringing together new technologies and traditional creative disciplines (dance, textile design etc) and has hosted several production residency projects.