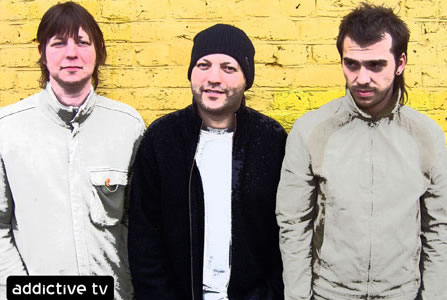 Quite a few gigs coming up where the Addictive TV guys perform both their two current audio/visual shows: their DVJ club sets, spinning on DVD turntables remixing movies with audiovisual mash-ups and their live cinema performance “The Eye of the Pilot”.

Also, right now, the Addictive TV / GHP mash-up of Blondie vs The Doors (out now on EMI) is getting a lot of airplay on TV, especially on the MTV channels – MTV Dance, MTV Hits and both VH1 and VH2; it’s online on our site and still up on the Ibiza-Voice website www.ibiza-voice.com/news/news.php?id=716  (with some other Addictive TV audio/visual remixes).