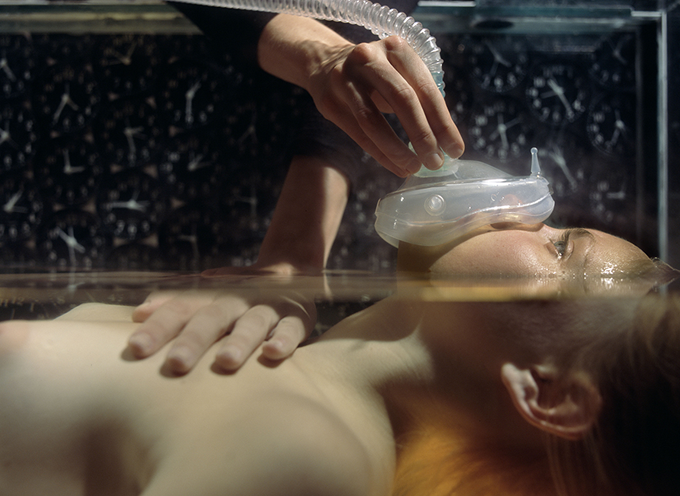 On February 1, 2013, Berlin-based gallery Sherin Najjar inaugurated “Accumulations“, a themed video art exhibition curated by Sabin Bors, the founder, curator and editor of the Anti-Utopias international contemporary art platform (http://www.anti-utopias.com). The exhibition, which will be open until April 5, 2013, takes place in the first art gallery to open in Potsdamer Platz, within the Parkside Apartments complex built in 2004 by renowned architect David Chipperfield, the curator of the 2012 Venice Architecture Biennial.

The gallery is located in the city center, with direct view toward Tiergarten park and close to the Berlinale Palast, the place where the 63rd edition of the Berlin International Film Festival took place during February 7-17, 2013. On this occasion, the large window of the gallery transforms into a double projection screen, inside and outside, rolling a thematic hourly video program featuring two premieres and a series of works describing various transitions the aesthetic and conceptual challenges of which reinterpret the classical dichotomies between nature and culture or the biological and the artificial. These dichotomies investigate constructions, entities and discourses forming our bodies, environments or narrative and symbolic existence.

The curatorial approach behind the project-exhibition “Accumulations” is based on creating a meta-narration where the story of each work alters its condition in order to describe new spaces and encounters, as well as various relations and choreographies. The compositions featured in the exhibition are unifying and divergent at the same time, from an intimate perspective to one investigating nature, space and time, proposing a series of contractions, superpositions, ruptures, hybridizations and collages that describe transitions between the inner and the outside. These transitions are a way to emphasize the curatorial approach and to contextualize the physical medium of projection in relation to the technological evolutions in the field of video art and new media. 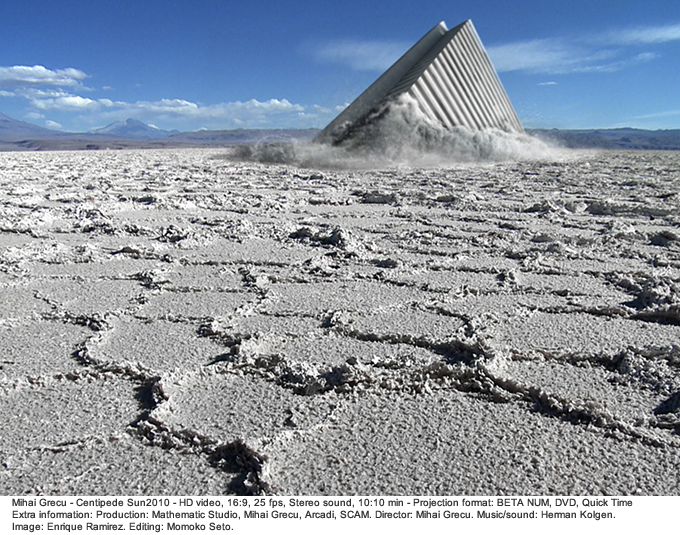 The works of the participating artists thematize often problematic representations passing from cinematography to mapping, projections, video compositions or collage. These works discuss the various representations in order to undermine the subliminal power of the image and to question the various narrative constructions: from the video camera as an instrument for measurement and a means of artistic expression in Reynold Reynolds’s Secret Machine to the cinematic superposition of the two versions of Psycho, made by Hitchcock and Gus Van Sant, as a way to question the order of the image in Christoph Draeger’s Schizo (Redux); from Michael Najjar’s descent during the training the artist took in Star City, Russia, during the preparations for his 2013 space travel, to the various investigations on nature in the works of Kurt Hentschläger (SECTOR 2c), Mihai Grecu (Centipede Sun) or Lars Buchardt (The Synthetic Quality), and culminating in the way Quayola develops an imaginary geology in Strata #2, where history and the formal individual recompose the strata of different historical periods in order to generate new formations, between the current digital aesthetics and the iconic spaces of the classical art and architecture.

In “Accumulations”, the intimate states, actions and narrations meet the vitality and mutations of space matter to relieve the passage from one state to another, through the various foldings of matter or the different ways of measuring body performance. The entire window surface transforms into a medium of transition, a fine pellicle acting as a membrane between the physical space of the exhibition and the immateriality of the projections, as the works seem to
leave the exhibition space in search for their own movements and effectiveness. 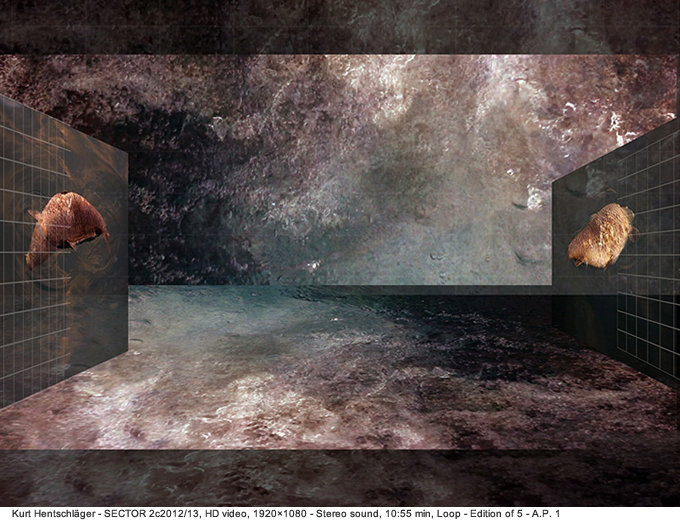 Reynold Reynolds (awarded in 2003 with the John Simon Guggenheim Memorial Foundation Fellowship and winner of several prizes and distinctions at EMAF – European Media Art Festival, Osnabrueck, 2008; Transmediale, Berlin, 2009; Chicago Underground Film Festival, Chicago, 2012), Michael Najjar (the first artist who in 2013 will fly into space, and the works of who have been exhibited, among others, at the Venice Architecture Biennial, Convergence Biennale Beijing, the Museum of Photography and the GEM Museum of Contemporary Art in Hague, Deichtorhallen – the International Museum of Photography in Hamburg, or Goethe Institute in New York), Kurt Hentschläger (who has exhibited at the Venice Biennial, the National Art Museum of China in Beijing, Stedelijk Museum in Amsterdam, PS1 New York, MAK – the Museum of Applied Arts in Vienna, the National Museum of Contemporary Art in Seoul, ICC Tokyo, and winner in 2010 of the Quartz Electronic Music Award), Quayola (who has exhibited at the Venice Biennial, Victoria & Albert Museum and the British Film Institute in London, EMPAC and Park Ave Armory in New York, Grand Theatre in Bordeaux, the Milano Triennial or Sonar Festival in Barcelona), Christoph Draeger (the works of who have been exhibited at Centre Pompidou in Paris, Moscow Biennial and Liverpool Biennial, Brooklyn Museum and Whitney Museum in New York or Van Abbe Museum in Eindhoven, and who in 2011 won the notorious ”Prix de Mer” award for the best exhibition at West gallery in the Hague), Mihai Grecu (present in numerous film festivals at Locarno, Rotterdam, Montreal, and who exhibited at Grand Palais and Passage de Retz in Paris), as well as Danish artist Lars Buchardt.