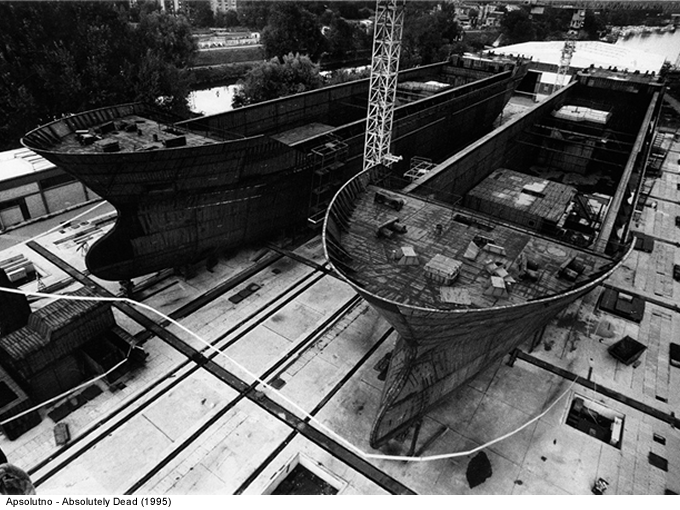 Apsolutno‘s work selected for this exhibition reflects on the respective present of a state in transition and allows us to look at it like through a magnifying glass. The exhibition consists of three consecutive exhibition setups (or “chapters” if you will) within a month.

By focusing on the topics of Death, Confusion and Sale, the exhibition puts an emphasis on Apsolutno’s analysis of the present of the Federal Republic of Yugoslavia/Serbia and the radical changes in the political, social and economic context formulated in their artistic work over the past two decades. Death, Confusion and Sale follow a chronological order in the development of Yugoslavia/Serbia in the 1990s/2000s. Very clearly, the exhibition is not conceived as a retrospective presenting a comprehensive overview of Apsolutno’s work; rather, it intends to highlight the most important works of the collective dealing with topics that are still of importance for the present-day situation in Serbia (Arns).

The association Apsolutno describes for us the experience of a protracted end of a utopia, a system and a society. From today’s perspective, their appearance on the local and international scene in the 1990’s and at the beginning of the 21st century left a unique conceptual inventory as a kind of “guide for beginners” through the extreme situations produced by (hyper)capitalism. The imbalance in the recognition of the work (and the pioneering role) of this collective in the international context and on the local scene constitutes a good reason for intervening in the master narratives of art history and the policy of visibility and presentation (Nikolić). 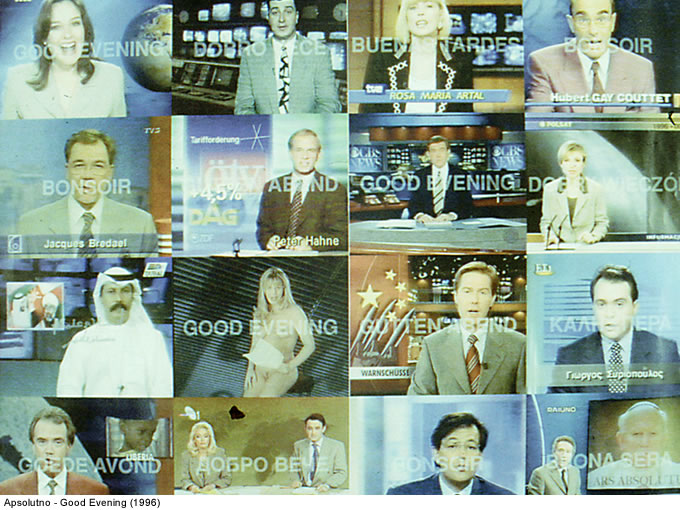 The association Apsolutno was founded in 1993 in Novi Sad. Its members were Zoran Pantelić, Dragan Rakić (1957-2009), Bojana Petrić and Dragan Miletić (from 1995 to 2001). Since 1995, the production of the association was signed without referring to the members’ personal names, and this collective developed an interdisciplinary work process and a media pluralism. The association’s name, the word apsolutno [absolutely], was used as an adverb, not as a noun, the flexibility of the use of this adverb is at the same time an important characteristic of the work of the association Apsolutno. The adverb absolutely frequently features in the titles of their works, whereby certain meanings are emphasized.

The production of the association Apsolutno arose from visual arts, and over time it expanded to include interdisciplinary investigation of facts from their immediate surroundings, with a view to opening up new possibilities for reading them. Such an investigative process was of an open character and focused on very diverse phenomena in the association’s surroundings. Their projects were often realised in public places or in locations serving special purposes (for example, a shipyard, a bridge, a cemetery, border crossings, etc.), and depending on the idea of the project, they were realised in various formats: video, printed materials, installations, actions, site specific projects, audio, web projects, etc. 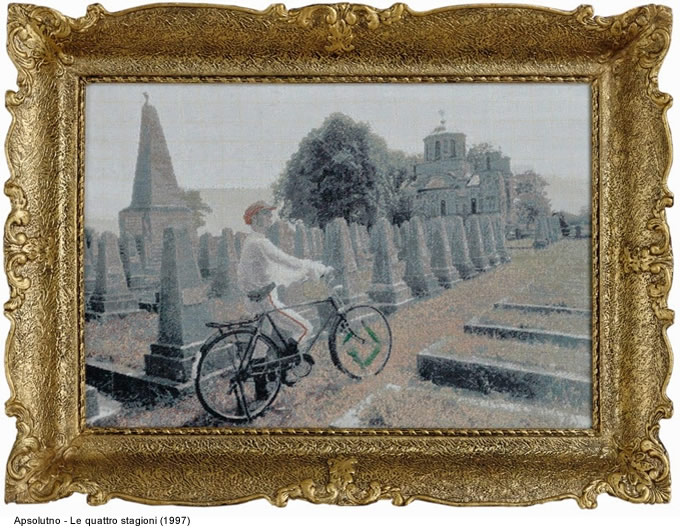 During the period while the association was active, there was a parallel development of its curatorial practice through the realisation of exhibitions of other authors, group exhibitions, seminars and workshops. The association received awards for its work (Berlin, San Francisco) and its works are to be found in the collections of contemporary art museums and in those of private collectors.

The artistic activity of the collective ceased in 2005, since when its experience has been transferred and integrated in new forms aimed at creating conditions for and examining artistic production and artistic organisation (Centar_kuda.org / Novi Sad, VacuumPack / Sombor).