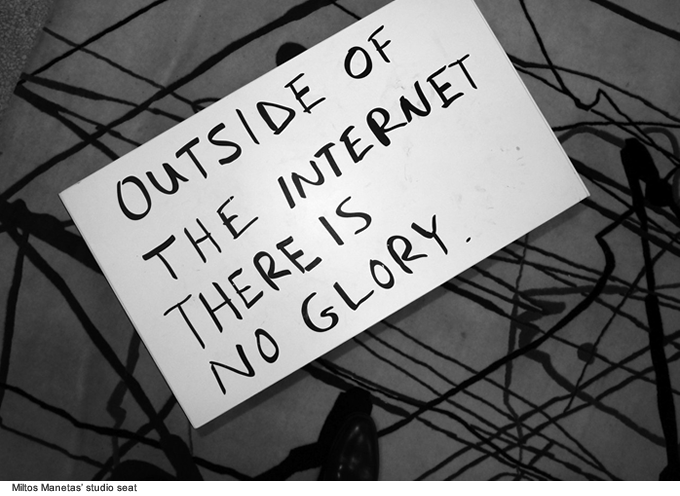 The local archive is a tool against hegemony, but not the digital one. The roots of the digital archive are too enmeshed in the agendas of power itself, from the very structure of digital technology to the hegemony of the QWERTY keyboard.  Secondly, the digital archive is too ephemeral on too many levels for it to be effective as anti-hegemonic tool for any longer than a very limited period of time.

Consider Marcel Duchamp’s Boite en Valise. In this series there was a reiteration of the artist’s intent through self-reflexive curation and archival. Within this work, Duchamp has short-circuited the circuits of capital in the larger contemporary gallery tradition of his time (also not too unlike that of the fin de millennium). His discourse, production, and distribution collapse to the Valise.

However, in the case of centralizing all modes of production to the individual, does empowerment include a snare of technopolistic enslavement? That is, by taking on all functions of production and distribution, there is a thin line between “outsourcing” all cultural production method to the “now-starving” (financially and temporally) artist. 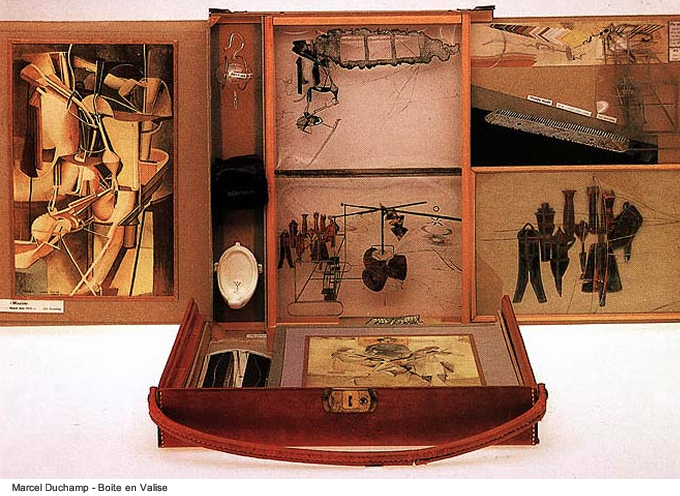 This posits that the arrival of technologies that empower the artists do not support them in their self-determination, but “outsources” cultural production that was the responsibility of institutions, patrons, and foundations. In short, technological empowerment allows the artist to have greater control over their own discursive “thrust’, but possibly at the risk of being enslaved by the additional administrative requirements necessary to support this singular enterprise. And that means more time on supporting the work, and less on creating it.

The Impression of Craft in New Media

Recently, in a conversation that I was having on Rhizome list (http://rhizome.org/), a colleague was mentioning that although a particular body of work wasn’t their cup of tea that they surmised that it must have been interesting in that it must have been difficult or challenging to do. This is only one example, but it gives me a rhetorical touchstone for what seems to be a larger phenomenon.

In thinking about the creation of New Media, I’ve come across a multitude of artists who believe that the merit of a work is linked to the artist’s technical prowess and the degree of difficulty involved in the creation of the work [1].  The link of New Media Art to craft seems to elide the conversation of art and objecthood initiated in 1917 upon the fateful inscription of “R.Mutt” upon the urinal by Duchamp. And, with the force of the Conceptual Art movement in the 60’s and 70’s in working to problematize the whole idea of the art object, why does a material discourse (i.e. craft) reemerge in a de-objectified movement like New Media?  This is a (somewhat) puzzling phenomenon.

The most simplistic meditation on this conversation relates to the ongoing questioning of the nature of art by individuals since the advent of Modernism, and furthermore in the Postmodern.  Why do students still ask “what is art?”, and even more shocking, why did one of my classmates in grad school ask “What is ‘good’ art?” in 2005? To address this question is staggering; it suggests trying to address the American mass attitude of art as a dilettante’s folly, and not a ‘”real” job, because art is perceived as “fun”.

This seems to talk about a representational issue and a utilitarian one as well. In a society which is ruled by capitalist desires for productivity, and the “use value” of a body of work? Both are linked to a conflict between qualitative and quantitative criteria for valuation of art as culture and as a job. 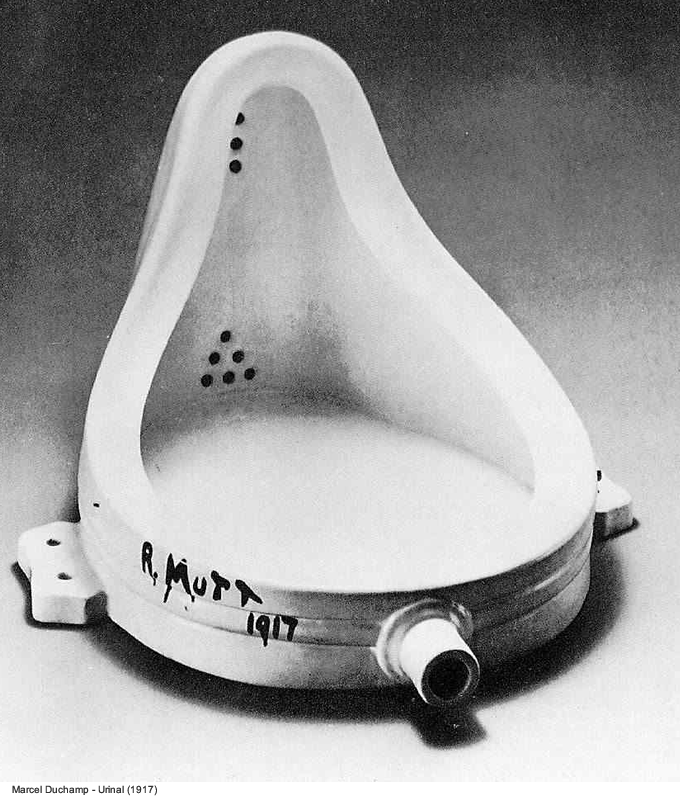 In my experience in the United States in 2006, mass culture materialism equates the valuation of art with its marketability and the practice of art with one’s job prospects in commercial art. At the risk of sounding Greenbergian, this might be a reassertion of the split in his essay, Avant-Garde and Kitsch: the idea that the mass market privileging of art/practice and confusion with culture is a fracture (if not an inversion) of Greenberg’s distinction between high culture and mass market kitsch, which demands only our money, and not only our time…

From this, the American work/production mythos and the utilitarian seem to be a real problem in regards to art as ‘work’…

The notion of the slaving, starving artist is truly a romantic one, and like it or not, often does not hold in the realm of high art. It also does not hold well as well in the realm of global marketing, as brands seldom make their goods, or minimize labor by subcontracting the work (i.e. Nike shoes). This holds well for artists like Koons and Kostabi, who have their works constructed. In the New Media Culture, artists like Cory Arcangel have created major works by changing small amounts of code, Eduardo Kac has brilliantly recontextualized bioengineered experimental animals for mass dialogue, and Miltos Manetas employs basic corporate branding schemes with tremendous effect.

In fact, in a 2005 lecture at the University of Akron, Arcangel stated that in any body of work, he tries to communicate his concepts while doing as little as possible. While the labor-oriented or utilitarian person would resent the conceptual artist as being disingenuous, contemporary art practice has been far more about context and concept than craft.

The representational issue comes from the concept that art should somehow be invariably produced for the audience as entertainment object. This reiterates itself in my college classes in my students as resentment against artists like Matthew Barney for not addressing their lives and/or culture. The radical extension of this argument might be to valorize art like that of the WPA Social Realist work of the 30’s in that it creates an idealized image of the common folk. Of course, this is a gross exaggeration, and oversimplifies a populist opposition towards “challenging” works that seeks to defy analysis. 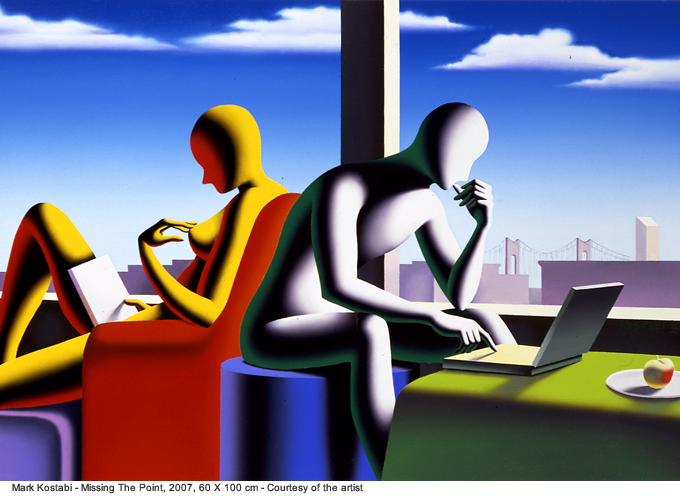 On the other hand, the linking of craft/difficulty to qualitative judgment in New Media belies an irruption between New Media and larger art traditions.  The New Media tradition comes as much from a technocapital and engineering lineage than an art one. This creates a short conceptual leap to technophilia, and a perception that more interesting work implements the latest technology and more complex systems. Perhaps the technophilic assumption may be a bit strong, but it certainly follows the research & design mentality within digital culture as described by Peter Lunenfeld in his essay Demo or Die.

His description of the demo-ing of projects at the MIT Media Lab as if they were marketing proposals for new products tie creative and technical development in material terms.  Perhaps this is where the link between technical virtuosity aa potential valuation index for New Media art comes from.

Perhaps the valuation of craft in New Media art is also linked to the academic tradition of formalism in which there is the criteria of virtuosity in a given medium or technique.  The iterative, extended exploration of form is often the criteria of academic “master”-y.  In saying this, I denote the criteria for the award for a terminal degree in art, and furthermore, the consistency desired in gallery marketing and museum curation.

Does this suggest the desire for media artists to be part of an ostensibly material culture, especially New Media artists, who may arguably be the most ephemeral of media artists?  This is a real schism in New Media practice; the frission between objective art, capitalism, and the questions that media art brought about regarding object-based art, and so on.  It’s a series of questions that shift in regards to context and audience. 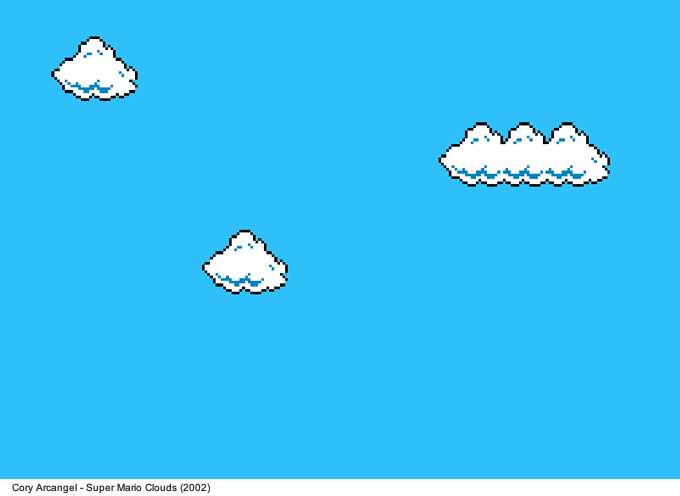 I hope that in these rambling musings on New Media and craft that some issues may come to the fore that spark conversation.  I think that considering the history of 20th century contemporary art, I am still surprised that issues of craft still emerge in the media arts, especially when they are so close to a Conceptualist tradition.  But in their defense, I have also made many of these assertions not against any personal dispute any appreciation for virtuosity, but phenomenologically from my observations in regards to the contemporary art history as I know it of the last 90 years.