A book made of video comments. “Kindle’voke Ghost Writers” by Traumawien 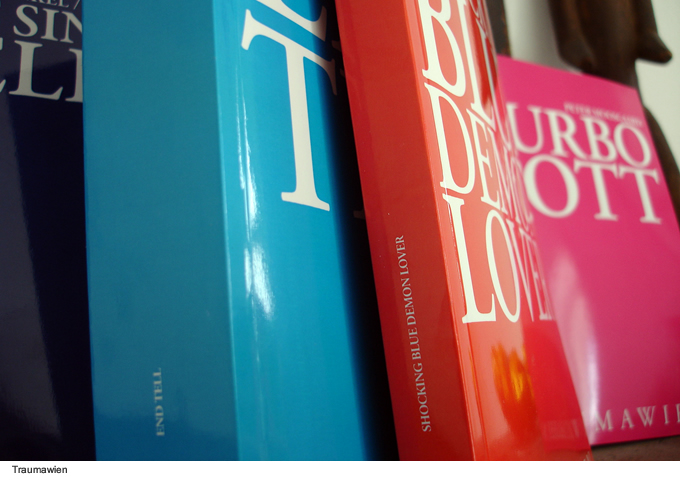 On June 26th, the Austrian digital publisher Traumawien in the person of Luc Gross together with Bernhard Bauch, a German media artist and programmer, presented in Vienna their new project: Kindle’voke Ghost Writers.

This project has been announced with a pretty creative and original press release written by Luc Gross, explaining the concept and idea behind that. What is this about? They programmed an army of bots able to upload on Amazon Kindle books made by texts entirely composed by Youtube video comments. The bots track and capture in an anonymous and random way, comments made on Youtube video, all around the work. Afterwards they generate with those specific comments, a sort of self-generated content books.

As they then explain: “The results are self-published, human-readable ebooks in form of classical dramas ready to be sold and enjoyed by a multitude of global readers, defining a new generative genre of digital literature: the ‘slang of YouTube’ – a digital Esperanto that emerged out of millions of users worldwide”.

This project mainly aims at questioning the status of e-books compared to the traditional books, but also the authorship definition, as well as the idea of self –generated content. This involves not only the 2.0 model, but something more complex as it concerns the act of publishing in the digital era as well as the raising of new literature genres. Added to that, as they say: “the idea of exploitation of labor on web platforms”. In fact “so-called ‘user generated content’ is a product created and consumed in the exchange of free labor managed with surplus information overflow”. 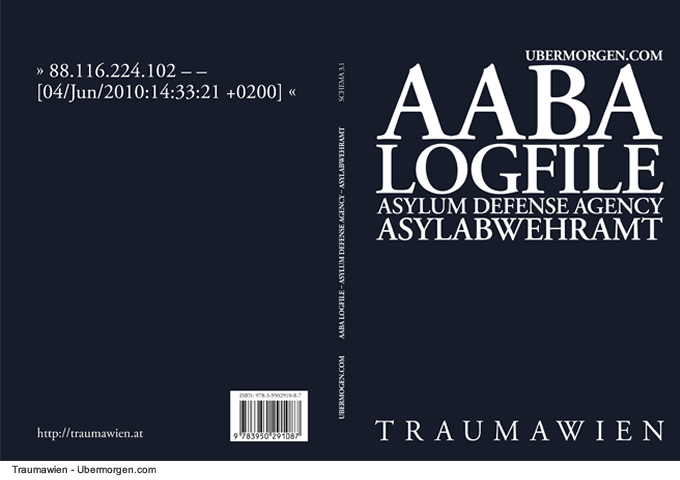 This enquiry is performed together with an interesting and challenging paradox, which is basically the fact that the user generated content of the e-books is then given back, on sale, to web platforms giants as Youtube and Amazon, two of the main players in the Web corporations scenario. The results of this artistic provocation are not only a source of reflection and further questioning but enjoyable examples of digital texts.

On the occasion of the Vienna presentation of the project we asked Luc Gross of Traumawien some questions not only about Kindle’voke but more in general about the digital publishing and writing status.

Silvia Bertolotti: Could you tell us what are the main “paradoxes” of the publisher Traumawien (on your website you define yourself as a “paradoxical print publishers”).

Luc Gross: Publishing ephemeral digital context as they were immutable hardcover snapshots may be considered a paradox. It’s all about transmitting contexts and patterns from one world to another – in the wrong, though perhaps helpful and focused, direction. If one person owns a hardcopy Traumawien title, it could be more worth – in terms of “memory” – than digital versions of that same title. We sometimes discuss the science fiction conception of a “hacker mozart” bringing all to a rough landing. Apart from that and though we ourselves are reading digital only, we love those books as objects. It’s much easier to party them.

Silvia Bertolotti: What do you mean exactly with “hybrid book”, since it is listed among your catalogue products?

Luc Gross: A true hybrid could not be designated an ebook or print or augmented reality application, but all of the above with each discrete part being connected to the others. The term “hybrid” maybe becomes useless, as everything is indeed hybrid. Every single symbol or letter or word or story in virtual space is intercrossed in so many ways and into levels we have no idea of. And so are emerging multidimensional storytelling. We simply don’t catch up anymore with terms we have always been used to, which becomes most obvious as all kind of aggregated contents are called books now. New definitions and words are wanted. In order to get rid of old discussions and to start new ones. 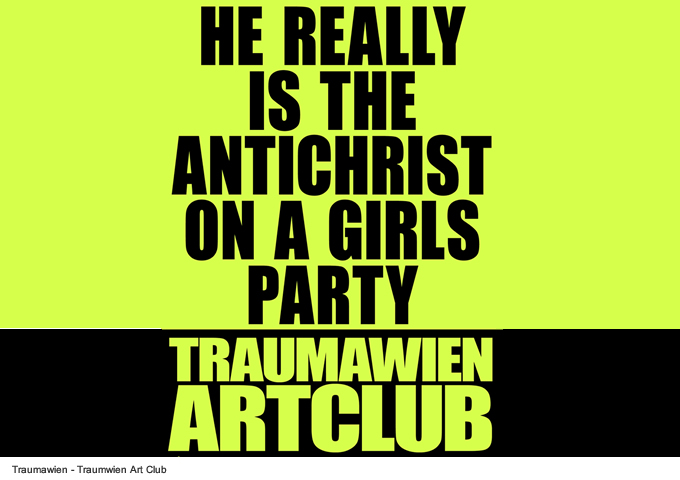 Silvia Bertolotti: How do you think the digital element could affect narrative aesthetics? And on the other hand, how the potentiality of new contemporary narrative forms could impact digital aesthetics?

Luc Gross: The narrative is anyway affected all-out and in every sense. There are obvious affections as the ones we see on Twitter where the story is as much compressed in order to fit in a few words to make up a whole story. We don’t really have to talk about that. Everybody not only is writing and reading all the time but also has to keep writing and reading just to keep up with everything and keeping it up good – always in some way begging for the “like me”. It’s a huge storytellers camp and everybody literally is forced to do it and do it good: the age of computing has become the age of Poetry. Much more interesting to us is the immense amount of texts to be found underneath that we actually cannot read anymore. It’s simply too huge. We can database dump them and do pattern recognitions on those texts, which for sure becomes one of the most important abilities to manage language in the digital age

Silvia Bertolotti: Let’s talk about your last project: Kindle’voke Ghost Writers. How did you technically operate in order to collect the Youtube comments and then to upload them on Kindle? How did the “machine” work?

Luc Gross: The Kindle’voke machinery is based on three major parts: (1) a suction apparatus to gather comments from YouTube, (2) a book compiler that handles the generation of the book content, book covers and authors all at the same time, and (3) a scatter-bot that makes the brand new digital literature available for all of us on Amazon.

Silvia Bertolotti: Is the project Kindle’voke Ghost Writer proposing a new kind of digital literature? If yes, what is the main feature? Is it all about generative content – a sort of “generative literature” – or rather the questioning about authorship and participation, not far from the 2.0 philosophy?

Luc Gross: The big picture is generative; however, it could be difficult to talk about “generative literature” with the current notion of “literature”. We challenged the question of what and at which point something is to be considered ‘literature’ anyway. The gap between producer and consumer is to be deleted completely here. As everything is to be considered “content”, there is no such thing anymore, resulting in a lack of distinction. The author was and is an aggregate filtering and reassembling of particles out of the cultural sphere. The Ghost Writers project is the algorithmic and of course provocative version of this. 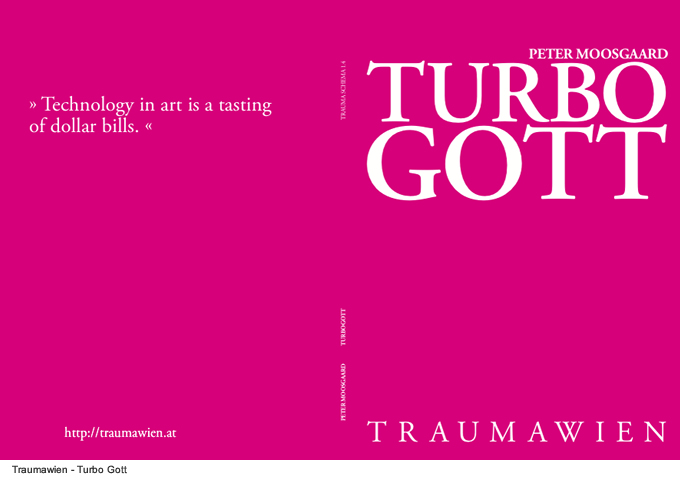 Luc Gross: Comments on massive pop videos (1million+ views) are the pure, uncensored street slang of the Internet. There are specific phrasings and idioms carved and created by the community. It’s like one huge global classroom.

Silvia Bertolotti: What was the main inspiration source for this project?

Luc Gross: Already today many users publish “private books” from user generated contents, using criteria like “readability” which I myself like a lot. The challenge would be to find gratification criteria for content creators, which “readability” actually tried and failed. Also startups like HyperInk actually have the trick of “edited” contents, doing good business.  To think Amazon would be doing a favor to writers is romantic. Maybe it will be also user generated in the end as again – just like google and ads changed everything – most of it is about advertisements which were introduced once more with the new kindle generations. It’s the dawn of literature based advertisements AND advertisement based literature. We are picking this up with a next project where content literally are footnotes of products occurring in the text with the text itself invisible, trying to explicitly produce books with that in mind. Another reason for the project was to radically exploit the concept of the ‘mini series’ (which Youtube itself operates) in an artistic and somehow brutal way. 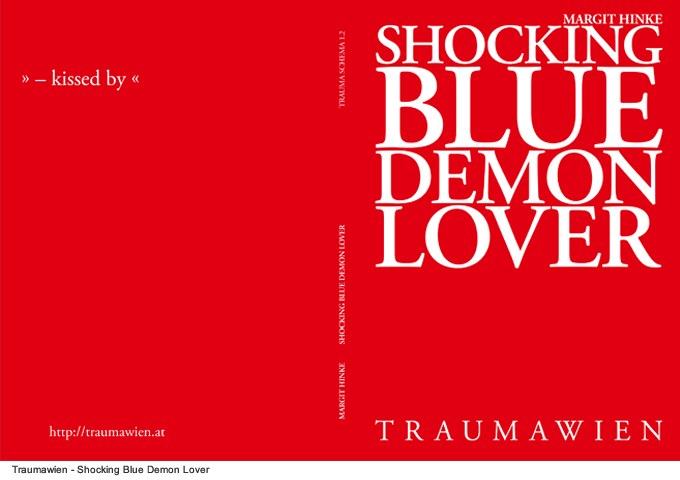 Silvia Bertolotti: We cannot deny that your project present some problematic aspects. Did you ever consider the possibility of being sued for copyright infringement? Is it true that Amazon deleted at a certain point all these books?

Luc Gross: Never considered being sued. Though the provocation was intended, we expected more negative comments on “intellectual theft” or “trying to cover Amazon with rubbish”, and spam and stuff. As long as there’s no money in it, nobody gives a shit. The German publisher “Riva”, for example, released a book last week with a collection of more or less funny tweets which in turn where collected on a Facebook page with several 100 thousands of followers. Of course some Twitter-stars immediately started to google for their contents: one guy claimed the title of the book to be his creation and later on a gag writer for Rudi Carrell from the 80ies came up showing that the joke was his and he wrote it 30 years ago. Probably the Joke is 1000 years old anyway and you could spend a life to actually track it down. The problem with “Riva” is they completely seem to lack fantasy to actually start create with copyrights gone. And copyright is gone. All legal issues in that direction are a waste of time.

Silvia Bertolotti: What do you think is the main limit of e-books from both the publishing and the literary point of view? Do you think e-books format could affect narrative content itself and even creativity?

Luc Gross: Every single ebook startup is communicating a different system of publishing instead of a book program as we have been used to it. It’s getting very hard to read a 700 pages classic as ebook with all those systems around. There simply is no time to promote individually. Amazon promised every book to be available in 2 minutes. But reading that kind of book is another issue.