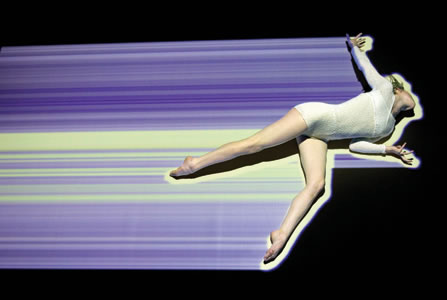 The space of an old sewage treatment plant in Bubenec, CKD factory halls in Karlín, a former brickwork in the árka valley, the Agricultural Museum or former factory objects in Holeovice  enlivening non-traditional objects with art has always been a specific feature and motto of a progressive theatre festival 4+4 Days in Motion.

The 14th international festival of kinetic theatre will take place on 9th  16th October, it goes even further this year and it will revive the building of a former Federal Parliament in Prague that the public could not visit for a long time. This object is a part of the National Museum now and it will host a series of courageous artistic actions.

“In this year’s program, we focus mostly on non-European companies that deal with motion and its visualisation with the help of various modern technologies as well as classic artistic and stage design elements”, says Pavel torek, the artistic director of the prestigious festival 4+4 Days in Motion. “For the first time, the viewers will be able to see contemporary art from Australia, New Zealand, Israel, Mali or South Africa”, he adds. We can highlight for instance a pop opera of Belgian theatre ensemble Needcompany, a light choreographic essay by Australian company Chunky Move or a performance called Singular Sensation by Yasmeen Godder, the award-winning Israeli choreographer.

The former Federal Parliament, a listed example of the 1960’s architecture that has been a symbol of establishment isolation, will provide spaces to a unique site-specific project called Místa cinu/Places of Act. This project comprises artistic and video installations by Czech artists, performances (e.g.Ján Mancuka, Vladimir 518) and architectural lectures. The audience will be able to familiarize themselves with this significant building during the tours guided by leading Czech professionals. An interactive street-art project called Here Whilst We Walk by Brazilian artist Gustavo Ciríaco and German performer Andrea Sonnenberg will guide the visitors in the neighbourhood of the Federal Parliament in a non-traditional way. Lectures in the Matadores cycle will introduce two significant people from the field of Slovak architecture. Another essential part of the festival will be The Parliament of Future a cultural forum dealing with “a change” of the contemporary world and processes connected with this transformation (participation is already confirmed by: Tomá Sedlácek, Jirí Pehe, Jirí Zemánek, Alexandra Brabcová, Patricie Anzari, Boris Ondriecka). “Popular music performances will not be missing. We can mention for example one of the famous Czech indie groups Please the Trees,” says Markéta Cerná from the civic association Ctyri dny that organizes the festival. 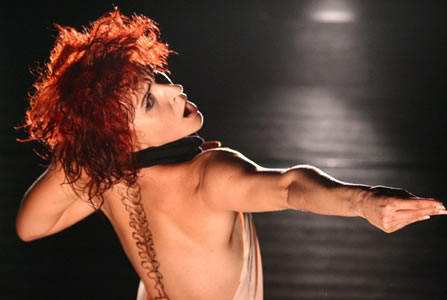 Twenty performances, concerts and unique projects will also traditionally take place in the Archa theatre and Alfred ve dvore theatre, in post-industrial space of Studio ALT@-Hala 30 in Holeovice and as a part of the 5th biennial of Vestiges of Industry in La Fabrika, Holeovice.

The viewers can look forward to New Zealand performer and choreographer Simone Aughterlony, one of the famous Polish theatre ensembles Teatr Cinema, African dancers Kettly Noël and Nelisiwe Xaba and Andalusian dancer and choreographer Judith Mata. Premieres of international projects with participation of Czech artists will take place during the festival as well. They are international projects of the group STAGE CODEand the Czech-Israeli project by Tereza Lenerová and Iinat Ganz.

Popular performances are listed more than once in the program. The viewers do not have to choose from accessible performances that take place in various theatre places. The program is designed so that viewers have the opportunity to see all the performances

Preview of the Performances:

 The Ballad of Ricky and Ronny”
http://www.youtube.com/watch?v=xaYNqEQZlUo&NR=1 Yasmeen Godder

 The Best and the Worst of Us”
http://compass.prohelvetia.ch/de/f/file_attachments/389 Kettly Noël a Nelisiwe Xaba