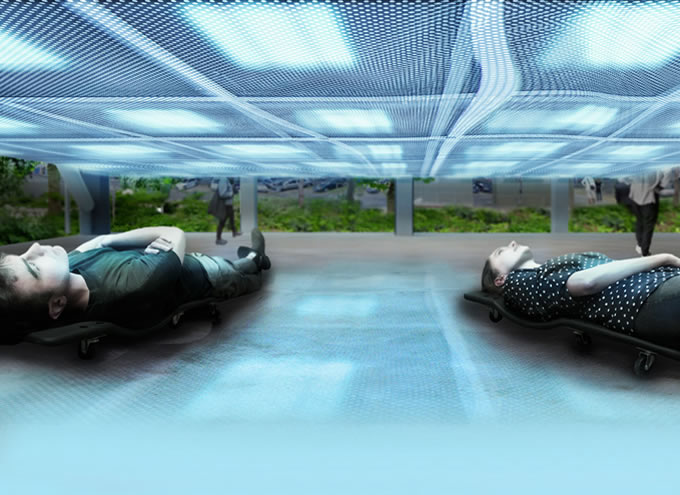 From October 25, 2014 to February 22, 2015, the Fondation Cartier pour l’art contemporain will continue to commemorate its 30th anniversary with Musings on a Glass Box, a new installation created especially for the occasion by the internationally acclaimed interdisciplinary design studio Diller Scofidio + Renfro.

The Fondation Cartier building designed by Jean Nouvel will be used as raw material for their work, a first in the history of the institution. Musings on a Glass Box is a complex work occupying the entire ground floor of the Fondation Cartier, where a disturbance in the ceiling will trigger a surprising reaction.

The result is an immersive environment, including an integral acoustic component by American composer David Lang and sound designer Jody Elff, that works with the building’s architecture to raise questions about transparency, perception, and one’s relation to space. 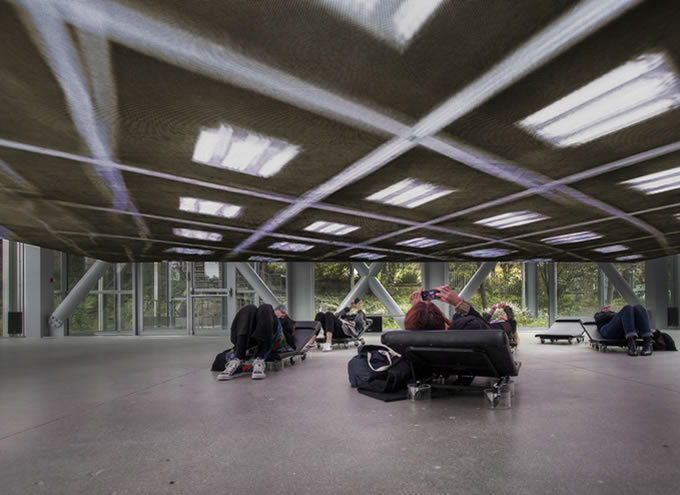 Musings on a Glass Box

“Jean Nouvel’s distinctive glass exhibition spaces in the Fondation Cartier have been a provocation to artists and curators for two decades, upending the conventions of the white box gallery and pushing the limits of architecture. The large, transparent walls of the building were at the forefront of glass technology in the ‘90s, aspiring to one of Modernism’s highest goals: to dematerialize the wall and seamlessly connect interior to exterior.

Musings on a Glass Box empties the ground floor galleries in order to put them on display. Their visual and acoustic qualities are heightened through a few strategically placed interventions in the building’s plumbing, electrical, and facade systems. Using a cliché of time lapsed and the appearance of neglect, the project begins with a single, mischievous leak from the ceiling. A response ensues with the aid of a bucket, a chorus, sensors, robotics, remote communications, video, and real-time sound processing. The two ground floor galleries interconnect in a feedback loop. Small gestures in the large gallery are amplified in the smaller one, making the familiar seem uncanny and turning the banal into the grotesque.”

Founding partners of Diller Scofidio + Renfro, Elizabeth Diller and Ricardo Scofidio’s practice has been informed by postmodern culture in its most comprehensive terms; throughout their almost 40-year collaboration, they have excelled in such diverse fields as publishing, conceptual video and installation art, curating, exhibition design, experimental theater and dance, as well as architecture. The Blur Building is one of their most spectacular and well-known artistic works; architectural land art, with a sound environment designed by artist and composer Christian Marclay, it was an artificial cloud jutting out onto Lake Neuchatel commissioned for the 2002 Swiss Expo.

Despite their proclivity for and curiosity about other disciplines, however, they have always identified themselves “as architects even though building buildings is just one strand of our production… Broadly, our interest lies in interrogating spatial conventions of the everyday.” 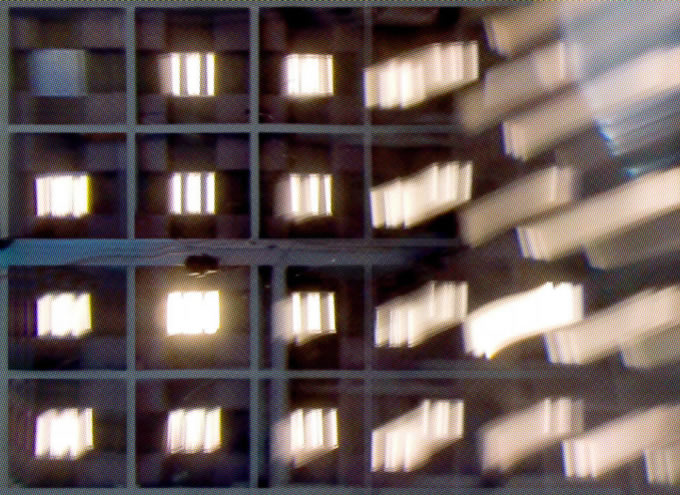 Diller and Scofidio, a team both in life and in work, began their experimental studio in 1979, and it went on to become Diller Scofidio + Renfro in 2004 when Charles Renfro joined as partner.

Recent commissions include designing New York’s High Line, the Museum of Image and Sound in Rio de Janeiro, and the Museum of Modern Art’s expansion in New York. Consistently producing projects that are both witty and critical but always grounded in research, Diller Scofidio + Renfro oscillate effortlessly between producing museum shows and building museums.

A History of Innovation

Beginning in 1992, the duo participated in the exhibition Machines d’architecture, along with Daniel Liebeskind and ten other international architects. Their sophisticated installation, entitled Para-site, echoed the exhibition’s objective of expanding common perceptions of architecture to include the awareness of one’s physical relation to his or her surroundings.

For the 1999 exhibition Un monde réel, the team designed Master/Slave, which explored the relationship between reality, fantasy, and science fiction. The installation displayed an assembly line of robots from the collection of Rolf Fehlbaum, Chairman Emeritus of Vitra. Advancing through an X-ray machine on a conveyor belt, the robots were housed in a huge glass case, which was intentionally reminiscent of the Fondation Cartier building itself and an early precedent for its incorporation in their recent work, Musings on a Glass Box. Reflecting Diller and Scofidio’s ongoing preoccupation with surveillance and technology, Master/Slave became the centerpiece of their 2003 retrospective at the Whitney Museum of American Art.

The installation Exit, based upon an idea by the philosopher and urbanist Paul Virilio and created in collaboration with Mark Hansen, Laura Kurgan and Ben Rubin, formed an important part of the 2008 exhibition Native Land, Stop Eject. Within an immersive circular space, a visual representation of a database of information was presented in the form of animated maps illustrating recent global human migration and its causes. This cutting edge work epitomizes Diller Scofidio + Renfro’s unique ability to fuse research, technology and design to produce aesthetic works of art. Exit was shown again as part of the Fondation Cartier’s Vivid Memories exhibition in 2014. 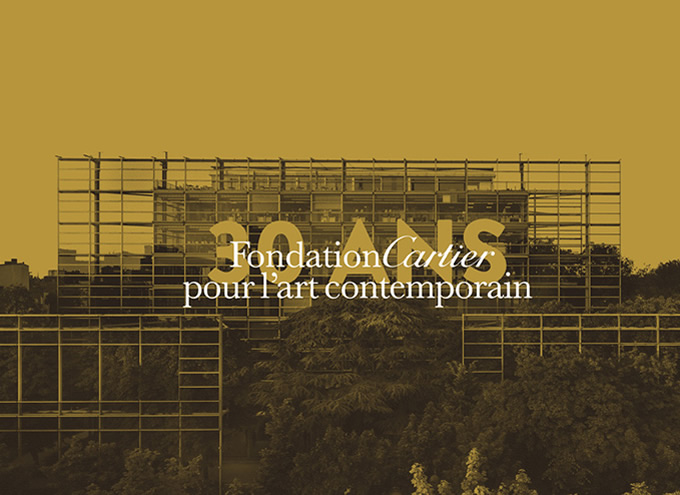 Musings on a Glass Box

In collaboration with David Lang and Jody Elff

Based in New York, Diller Scofidio + Renfro is an interdisciplinary studio that fuses architecture with the visual and performing arts. It was co-founded in 1979 by Elizabeth Diller, Professor at Princeton University School of Architecture, and by Ricardo Scofidio, Professor Emeritus of Architecture at Cooper Union. Charles Renfro, currently a Visiting Professor at Parsons New School for Design, became Partner in 2004.

David Lang is an American composer based in New York, founder of the music collective Bang on a Can, and member of the Yale School of Music Composition faculty.

Jody Elff is a sound artist living and working in New York City.