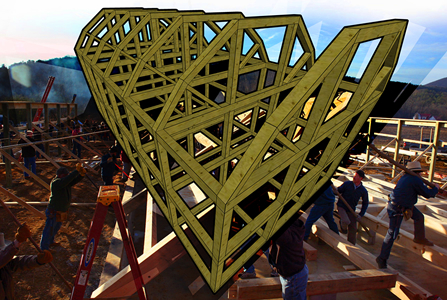 ZER01: The Art and Technology Network announces the 01SJ Biennial–“Build Your Own World”, which will take place from September 16-19, 2010, in San Jose, CA., the heart of Silicon Valley.

The 3rd 01SJ Biennial is a multidisciplinary, medium agnostic contemporary art festival that focuses on the nexus of art, technology and digital culture. Curated by Artistic Director Steve Dietz, the 01SJ Biennial brings together a selection of artwork that not only changes the way a city looks, but changes how it responds to the behavior of a city‘s inhabitants.

ZER01‘s 2010 01SJ Biennial programming is geared around the notion that artists can, and do, act as change-agents through the use of technologies in their artwork. Whether these technologies are natural resources, simple or advanced tools, they all have the capability to challenge the norm, raise public awareness, encourage curiosity, and influence societal actions and perceptions. At its core, the 01SJ Biennial is about what artists can do at the intersection of art, technology and digital culture to build a better world.

This year‘s Biennial will feature work by such renowned artists as David Rockwell and Rockwell Group, Rigo23, Blast Theory, Futurefarmers, Teddy Cruz, Natalie Jeremijenko, Chico MacMurtrie, Luke Jerram, Tim Hawkinson, Grahame Weinbren, and many others. Together, their participation will express how individuals and communities have the power to build their own world and change everyone‘s in the process.

Launched in 2006 in conjunction with the 13th International Symposium of Electronic Art (ISEA2006), the 01SJ Biennial, led by Executive Director, Joel Slayton, and Artistic Director, Steve Dietz, is the largest art and technology biennial in North America and –– with over 45,000 attendees at the 2nd Biennial in 2008 — it is emerging as one of the most significant events of its kind worldwide. ZER01, the producer of the 01SJ Biennial is an incubator of artistic and technology driven creativity, was established as a means to instigate collaborative endeavors among the world‘s agents of change, primarily artists, architects, engineers, designers, scientists, filmmakers, environmentalists, and technologists.

Located at the epicenter of Silicon Valley, ZER01 celebrates the spirit of creativity and innovation that defines the region through its 01SJ Biennial, which, through judicious partnering with celebrated artists, groundbreaking technologists, museums, cultural non-profits, creative think tanks and corporations, presents a conscientious and creative perspective on the world through the connections of art, technology and digital culture. 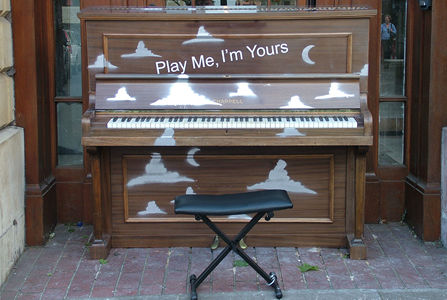 The theme of the 2010 01SJ Biennial is ?Build Your Own World.? The 2010 01SJ Biennial is predicated on the notion that as artists, designers, engineers, architects, corporations, and citizens we have the tools to (re)build the world—in both large and small ways. Notes Biennial Artistic Director Dietz, “This year‘s Biennial is about how powerful ideas and innovative individuals from around the world can make a difference and come together to build a unique, citywide platform for creative solutions and public engagement. It is about imagination feeding the inspiration needed to build a world we want to live in and are able to live with.

Among 2010 01SJ Biennial projects that endeavor to build new worlds and thus lend credence to the concept of art as useful change-agent, are Rockwell Group, which examines what public space means in a hybrid age, to Luke Jerram‘s North American debut of “Play Me I’m Yours”, which strategically places dozens of pianos throughout the city for participatory play, to the City of San Jose‘s Public Art Program project “ColoniaTechne” by the BIO Design Collective that explores the qualities shared between complex biological systems like coral, to collaborative distribution networks found in digital culture.

HOW IT ALL COMES TOGETHER: 01SJ BIENNIAL

In the art biennial tradition, the 01SJ Biennial, with “Build Your Own World” as the Biennial‘s central curatorial theme, will take place in a variety of locations that extend beyond the classic gallery, museum, and cultural spaces, to public and private venues that permeate the landscapes of Silicon Valley. The focal point of these activities will be housed in the San Jose Convention Center‘s South Hall.

Featuring nationally and internationally recognized contemporary artists, designers, architects, and engineers, 01SJ Biennial Artistic Director, Dietz notes, “The 2010 01SJ Biennial is slated to be the most provocative and relevant Biennial that ZER01 has produced. Beyond the fact that we‘ll be presenting new commissions from some of the world‘s most creative artists, the Biennial theme will shape a fascinating and revealing exploration of how we as individuals can choose to use technology, as both producers and consumers, in creative ways that make a difference in the future of our society as a whole. And of course, the collaborative curatorial model and extensive partnerships for the 2010 Biennial make it a true community partnership with a global impact.

The upcoming 2010 01SJ Biennial includes extensive programming taking place during the core dates of the festival—September 16-19. Prior to the festival and, in the case of some exhibitions, programming continues through the fall of 2010. The focal point of the Biennial is the 80,000 square foot South Hall exhibition space.

Additional Biennial programming and events will take place in public and private spaces throughout Silicon Valley, as well as neighboring San Francisco. All of the Biennial‘s commissioned artworks utilize some form of technology, be it experimental, advanced or seemingly simple tools, and address—from a variety of vantage points—the ways and means with which we can build our own worlds, including the utilization of technologically-enhanced capabilities ranging from amorphic robotics, ecological locomotion, bio-music, locative storytelling and interactive signage, to more futuristic visions of life through a multimedia opera, and radically re-imagined architecture. 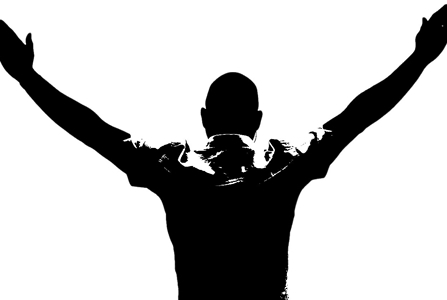 The Biennial consists of 4 basic sections:

1) Exhibitions: Features Out of the Garage Into the World, presented in San Jose Convention Center‘s South Hall, an 80,000 square foot space serving as the 01SJ Biennial‘s main exhibition venue. Out of the Garage Into the World includes commissioned Biennial art projects and a series of public workshops; Future Films, featuring a drive-in theater of salvaged cars for screenings; plus 01SJ Biennial partner exhibitions and parallel programming in galleries and other cultural venues throughout Silicon Valley and San Francisco

2) Interactive City: 01SJ Biennial projects are located in multiple places throughout the city, and in one manner or another all of the artworks interact with the environs within which the artists have installed them, including dramatic largescale art commissions by Rockwell Group and by artist Ken Gregory at San Jose‘s City Hall; Participatory Play, think gaming on a city-wide scale permeating the streets, and Biennial and City of San Jose commissioned Public Art Projects in both traditional and unexpected locations

4) Ideas Track: Featuring a keynote, symposium, artist talks, a collector‘s panel, and lectures. In summary the 01SJ Biennial will present:

The Biennial will short present:

– Over 20 exhibits, with works by more than 100 artists, including nearly 50 new art commissions by art, design, and music luminaries Rockwell Group, Blast Theory, Natalie Jeremijenko, MTAA, Randall Packer, and many others

– A virtual interactive city of more than 20 commissioned projects from cascading waterfalls and interactive city plazas, to outdoor “piano bars” and Still Life with Banquet an epicurean dinner and video memento mori

– Dozens of performances and events by nearly 100 artists, including Future Films in the DIY Empire Drive-In, a SoFA district AbsoluteZER0 evening event, and an all-day eco-locomotion Green Prix with projects that include a mobile park and electric Porsche

– Keynote speaker, a 2-day symposium, a collector‘s panel, and dozens of artist talks in the Speak Hard lounge located in South Hall