Occupy the screen. Old and New Worlds of Audiovisual Militancy 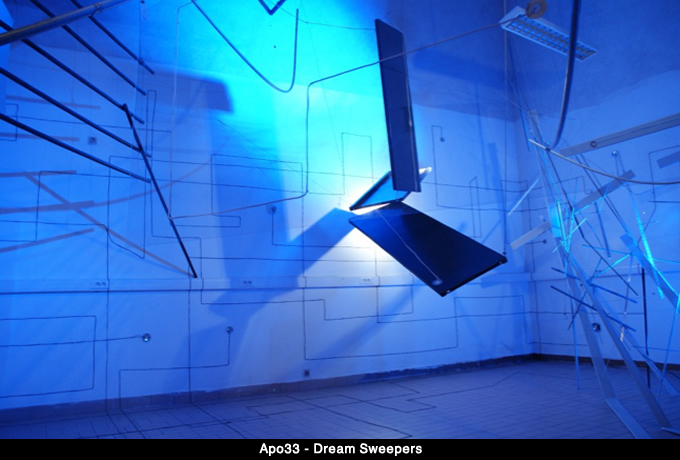 The sampling culture is no longer a technical matter exclusively for experts, but a cognitive system, method of composition, characteristic of the contemporary aesthetics.

Thanks to the ability to deconstruct the sign of the medial dominant universe  and return them in “aberrated” decoding, provided by broadcast media, which are not only digital, you can identify this category as a field for experimentation between artistic expression and political activism, which has its roots in an extraordinary vitality.

In 1971, Michael Shamberg and the Raindance group wrote the “Guerrilla Television” manifesto, today in the common memory as the founding text of the counter-policy, which expresses the need for “television made by people for people” (Fadda 1999). This approach can be considered as a common purpose for the various schools of thought of the time: from the famous Fluxus movement to the Situationist International. In open conflict against the alleged objectivity of the video playback tools, Shamberg founded the TVTV (Top Valute Television), whose policy was to provide radically different information from the one distributed by the various U.S. television channels.

The video-tape imposed itself as a democratic and creative tool, opponent to the mainstream universe, being able to take advantage of the immediacy of the tool to open new glimpses of unmediated reality, of research and documentation. It opened its horizons to new glances of artistic experimentation, in which videos become an intermediation tool, capable of activating an exchange of information, but with its intangible and fluid nature, also a kind of “viral” ante-litteram. 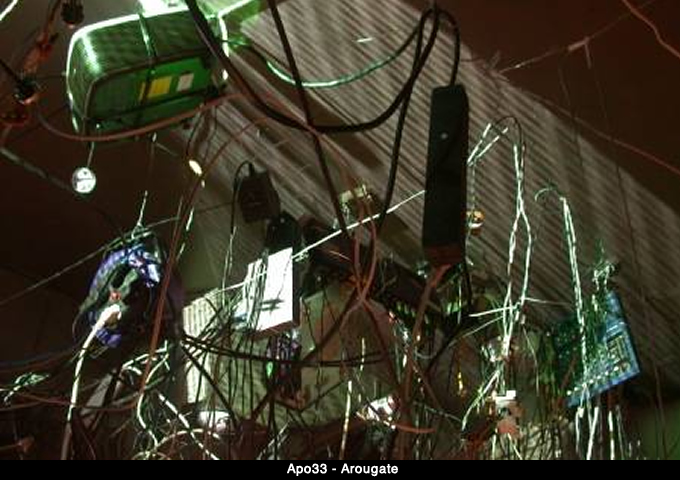 Also in Italy emerged similar realities, such as “Laboratorio di Comunicazione Militante” (Laboratory of Militant Communication) created in 1976. It is interesting to note how in this period, even the artistic experiences which weren’t expressed through the documentary and didn’t have any declared “militant” target, have managed to contaminate video art, video installations, with a politically motivated critical action. Deconstruction is the concept that underlies these forms of expression. A concept which refers directly to the French thinker Jacques Derrida, which involves a critical reading of texts that seeks to detect inconsistencies and internal contradictions.

This was a group connected to a militant artistic context, that orientated its work to new media, which today is no longer an unusual fact. In these context videotape 2.0 is undoubtedly made up by open-source digital modular design tools  such as Pure Data and Processing, highly flexible instruments with which it is possible to produce an audio / video content, even with a good dose of interaction.

In this panorama, Apo 33 from Nantes seems to me an excellent example of reconfiguration of past artistic collectives in a digital key, able to compete with the huge opening and simultaneous fragmentation of the possibilities that technology enables: Julien Ottavi reppresents a very interesting hybrid of the contemporary intellectual, able to wander briefly to combine media-activism, aesthetic and linguistic research, sound composition, poetry, experimental filming and  anarchist architecture.

He is founder and member of the collective Apo33, which is a productive interdisciplinary reality about artistic and technological fields, combining research, experimentation and social intervention, which in its DNA includes the fusion between sound art, live-video, new technologies and body, developing hardware and software tools for creative projects. Since 1997, Ottavi develops along with the collective a work of a composition, using the deconcentration, voice fragmentation through processes of digital editing.

As a developer of audio / video programs with PureData, since many years Ottavi hits the electronic space from the bottom, created with non-conventional or obsolete elements, with a “militant” view to share knowledge on technological development. A path that has created the system APODIO (http://www.apodio.org/), an environment of self-production on Linux.

With this direction in mind, since years, he participates in the relation between experimental creative practices and collective practices, within cautonomous groups, questioning the authorship of the artistic work as well as the idea of art itself (he rightly glosses “ideology “). He carries out this, also seizing on digital basis the lesson of Walter Benjamin and the Frankfurt School. With interest he follows the open source philosophy unconditionally, as a complete opening, free from the intellectual property barriers, the classical idea of author as an individual creator, and of the art work as a product of unique and unrepeatable talent (Benjamin, 1936 – Eco, 1962). 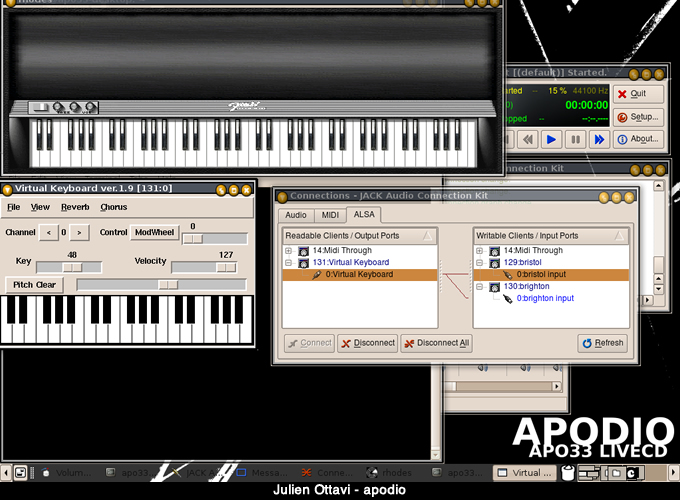 Julien Ottavi is part of a generation of sound artists (Jenny Pickett, Brandon Labelle, Keith Rowe, Kasper T. Toeplitz, Jerome Joy, Ryan Jordan, Joachim Montessuis, Christian Galarretta, Achim Wollscheid, Elpueblodelchina, Zbigniew Karkowski, Randy Yau, Ilios, Philippe Roux, Dominique Leroy, Dion Workman, Yvan Etienne, Mike Bullock, Phill Niblock, Seth Cluett, KKnull, Jean-Louis Costes and many others) emerged in the 90s. He has been able to indicate some of the directions that music and sound art have undertaken, as a certain inclination to glitch, and more generally declined to the aesthetics of the error in terms of social criticism leading towards the “detour”, the deconcentration of the products of the culture industry, the seemingly incorruptible, flawless sheen.

Starting from the underground scene of Nantes, going towards a global dimension, characterized by a fluid approach, “liquid” in a sociological sense, his work stands as a constant leapfrogging of the style and role categories.

Particularly interesting in the work of the collective, is the ability to bind the social-economic and technological changes of the Information Communication Economy to the concepts of production, consumption and trade of goods or services, without the direct or obvious involvement of money, thinking about what are called “non-monetary economic activities,” difficult to measure through usual monetary indicators, but that can perhaps be best explained by the category of aesthetics of digital media – network, flow etc. (Castells, 2006). 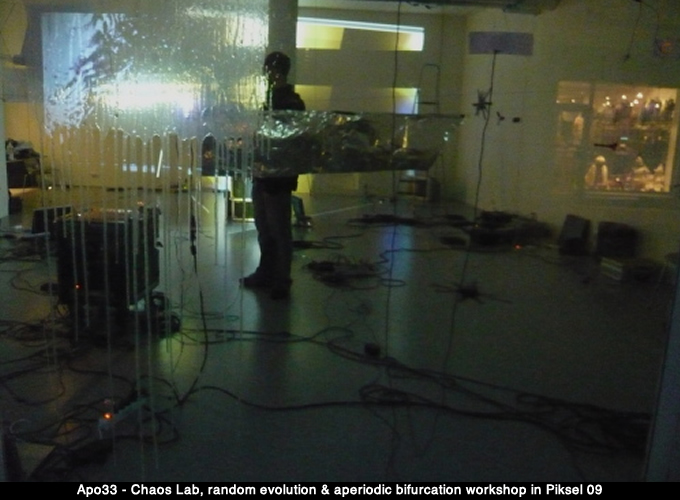 This is possible, also managing to be truly contemporary in its observation and criticism, thanks to the “reductionist” structure, which I think is given by the work of art, shifting the focus of the process (in this we support the theories of Arthur Danto and Manuel Castells) from the finished product of a single creator of the benefit stream, the genesis of a continuous process of extensive creativity.