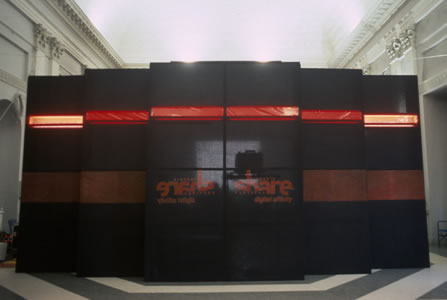 The city of Turin will host the fourth edition of the Piemonte Share Festival from 11 to 16 March 2008 . The festival promises to be at the cutting edge of the vast cultural programme of events lined up for the city currently brandishing the title 2008 World Design Capital.

Steering us round this wonderful artistic adventure is Bruce Sterling , guest curator and chairman of the jury that has selected the work on show. Better known for his science fiction writing and inventor of the cyberpunk genre, he is currently a guest in Turin for six months, actively involved in raising the temperature in this ferment. He will also supply the public with regular personal rundowns on goings-on at the Piemonte Share Festival, which is set to become a year to remember.

The theme for the 2008 edition, which will dominate the contents of the conferences, round tables, workshops and performances, is the new materiality of digital arts . In the 90s the net art phenomenon addressed a need to reach beyond its own limits, drawing immateriality into the equation and threatening the real. Nowadays, society relates to technologies in a natural way by allowing the immaterial to become real. By exploring new, intelligent interaction between man and machine, this relationship has been completely integrated into everyday life. In the new millennium man and machine interact on the same level, shaping and changing the surrounding environment as they see fit. The Piemonte Share Festival is an international cultural event that probes the vast panorama of new technologies and investigates their applications in art and design. 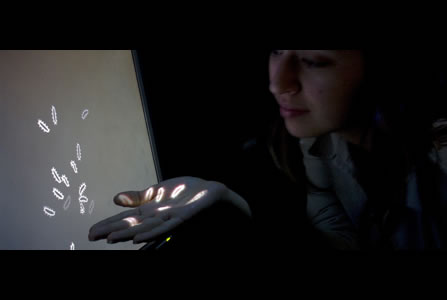 Because of recent advances in digital fabrication technology, manufacturing is becoming a digital art and culture enterprise.   The exciting advent of 3d printing, rapid prototyping, and rapid manufacturing is of profound importance to SHARE, for it bring the power to create physical objects to the techno-artist’s lab-bench, studio and atelier. It means that digital artists, whose work was once mostly virtual, can create in the actual.

SHARE has chosen the theme “Manufacturing” for its 2008 event for two compelling reasons.   First, we want to demonstrate digital manufacturing to our core audience, who are very technically adept people, but not used to the idea that they can create real objects with CAD, fabricators and the Internet.   The second reason is that Torino is the World Capital of Design 2008.   Torino is a strong manufacturing center.  SHARE is very international in its outlook and audience, but in 2008 this Torino festival should and will emphasize the fact that it is from Torino

In its second year, the competition Share Prize has attracted over 400 entries from artists from around the world, almost 50% more than last year. The jury for this edition is presided over by the guru of new technologies Bruce Sterling, science fiction writer and design journalist. He is in Torino to collaborate with the Piemonte Share festival and provide the city with his own brand of intellectual visions.

The jury for the Share prize will award “The Globe” trophy during the Share festival 2008 and also give €2,500 prize money to the creators of the artwork that exemplifies the current fusion of art and new technologies. The jury is composed of Bruce Sterling; Piero Gilardi (artist, Torino); Anne Nigten (managing director of v2 and DEAF, Rotterdam); Stefano Mirti (architect, Interaction design Lab, Milan).