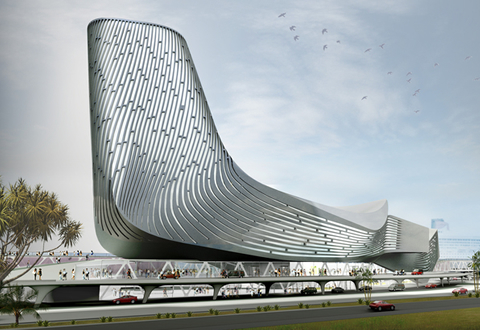 Reiser + Umemoto (RUR) has been awarded First Prize in the international competition for a new Port and Cruise Service Center in the city of Kaohsiung in southern Taiwan, ROC.

For this project, RUR will partner with local architects Fei and Cheng and Associates (Taipei), with whom they are also working on their first-place winning Taipei Pop Music Center project. Also on the project team is Structural Engineer Ysrael A. Seinuk, PC (New York); Reiser + Umemoto and Ysrael A. Seinuk also collaborated on their O-14 office tower, which is currently nearing completion in Dubai, UAE. Rounding out the team in other engineering disciplines is ARUP Hong Kong.

The project is scheduled for construction in 2012 and expected to be in operation by 2014, with a construction budget of approximately $85,000,000 USD. The competition was sponsored by the Kaohsiung Harbor Bureau, Ministry of Transportation and Communications, Taiwan, ROC 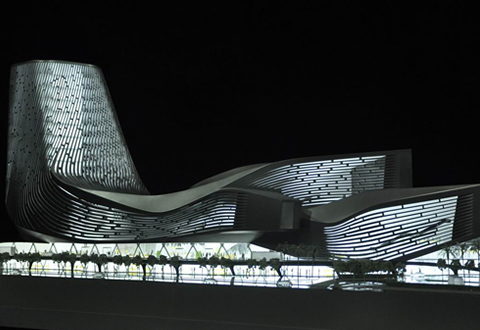 For the Kaohsiung Port Terminal, RUR proposes a dynamic 3-dimensional urbanism that takes advantage of the site’s unique lateral positioning with respect to the city grid. Existing public pedestrian flows along the proposed elevated boardwalk can be amplified, rather than interrupted by creating a continuous elevated public esplanade along the waterfront. Cruise and ferry functions, meanwhile, are located just below the public level and are kept distinct to maintain secure areas for departing/arriving passengers.

The Main Hall splits up into three different partitions, each related to a different itinerary for travelling by ship, while the concourses are oriented parallel to the waterfront to maximize the interface between water and land. By vertically separating the functions of the general public, port business, and travelers along this waterfront edge we are able to keep the various operational uses highly efficient while at the same time allowing for the synergy of mixed functions for the general public. Vertical circulation is organized around thickened zones in the building’s skin which also house structure, utilities, and ventilation.

The structure is a system of nested, long-span shells, which are composed of an underlying steel pipe space frame which is sandwiched by cladding panels to create a useable cavity space. Overall an experience of directed yet functionally separated flows will lend an aura of energy to the point terminal space.

An essential component to the vitality of the Port Terminal Project is the connection to a proposed elevated public space along the waters’ edge. The importance of this waterfront space which is distinct yet connected to the city of Kaohsiung is inestimable. The boardwalk links the new Pop Music Center, the arts and shopping districts within a green necklace along the waterfront. The boardwalk will be a 24 hour space that fosters shopping, dining, and recreation. Moreover, connection to this vital public conduit will ensure the continuous economic viability of the port terminal, sustaining and amplifying the periodic maritime uses of the cruise terminal and ferries. 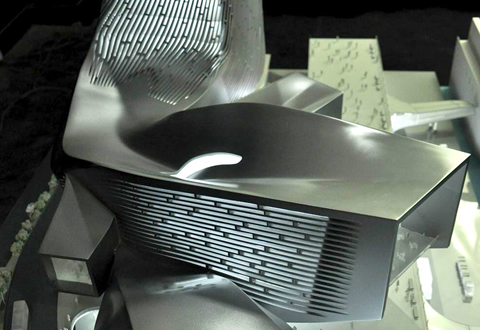 Jesse Reiser and Nanako Umemoto have practiced in New York City as Reiser + Umemoto, RUR Architecture P.C. since 1986. Jesse Reiser is currently an Associate Professor of Architecture at Princeton University. Nanako Umemoto is currently a Visiting Professor at the University of Pennsylvania and leads a yearly design workshop at Hong Kong University. Reiser + Umemoto, RUR Architecture P.C., an internationally recognized architectural firm, has built projects at a wide range of scales: from furniture design, to residential and commercial structures, up to the scale of landscape design and infrastructure.

The firm was awarded the Chrysler Award for Excellence in Design in 1999, the Academy Award in Architecture by the American Academy of Arts and Letters in 2000, and in May 2008, Jesse Reiser and Nanako Umemoto were awarded the Presidential Citation from President George Campbell of the Cooper Union for outstanding practical and theoretical contributions to the field of Architecture.