Chisenhale Gallery presents a major new commission by London based artist Yuri Pattison. The exhibition comprises an entirely new body of work, including digital and sculptural elements that Pattison has developed over the past 18 months as part of his Chisenhale Gallery Create Residency (2014–16), which is produced in partnership with Create.

For his exhibition at Chisenhale Gallery, Pattison imagines a speculative live/work environment drawing influence from modernist architecture and science fiction, both of which imagine the future as a utopian space of fantastic social and political potential. Pattison is interested in ideas of transparency—from the open communication of data, to the transparent architectures of new models for shared live/work space, symptomatic of the increasingly flexible and permeable boundaries between life and work. Pattison draws on histories of architectural design and exemplary live/work spaces to examine the origins of these contemporary models.

The exhibition comprises an immersive installation occupying the entire gallery. A wall of industrial racking, often used in large global distribution warehouses, acts as a support structure for the installation. The racking system houses a bank of networked computers that control LED and natural light to create an artificially accelerated loop of a standard working day. The computers also synchronise and control playback across multiple device-sized screens, which display a series of new video works in which Pattison contrasts abstracted views of contemporary workspaces, with the interiors of experimental living spaces. 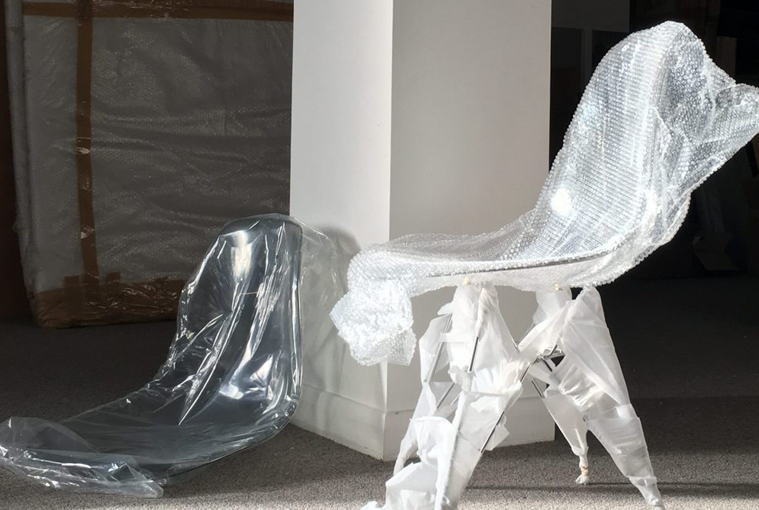 A series of new sculptures, which Pattison has installed at sites across east London including,Second Home, a workhub for creative companies; Campus London, a Google space for London’s start-up community; and London Hackspace, are incorporated into the installation at Chisenhale. Each sculpture contains active elements, such as a bitcoin mining rig that monitors online transactions and accumulates small amounts of capital.

Through this major new body of work Pattison examines the pervasive nature of new technologies, which increasingly influence both how, and where, we live and work. Contemporary start-up companies, particularly in the tech industry, often draw on the aesthetics of historical speculative environments and the values of progress and transparency are employed for enhanced productivity. Pattison questions the impact of transparency and how the blurring of lines between leisure, work and domestic space shapes an increasingly abstracted sense of time. In this work Pattison considers the failed potential of science fiction, as a means to critique the present by speculating on a utopian future, while we live within the reality of a future we’ve imagined. 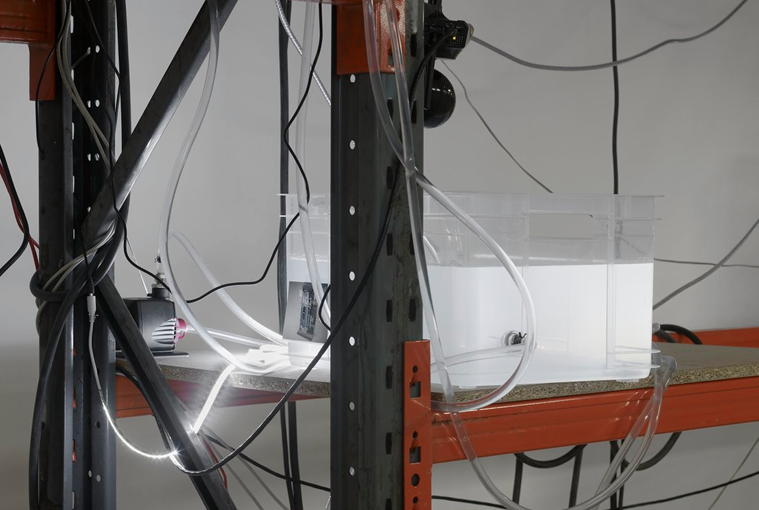 Chisenhale Gallery Create Residency is an 18-month artists’ residency in collaboration with Create. The partnership with Create reflects our mutual interests in commissioning artists to engage with east London’s communities and its varied social and cultural contexts.