One of the very first artists ever to produce drawings on a computer, Mohr originally trained as a painter, and has made rigorously minimal paintings and drawings since the late 1950s. Abstract Expressionism informed his early works, but the artist rapidly grew suspicious of the lack of control inherent to most expressionist practices.

Inspired by philosopher Max Bense’s thinking that a ‘clear and logical’ form of art making was possible – and indeed desirable – Mohr began to develop what he called a ‘programmed aesthetic’ while based in Paris in the 1960s. He soon introduced algorithms and formal rules to his painting process in order to generate artworks that conveyed his vision in a more rational way. 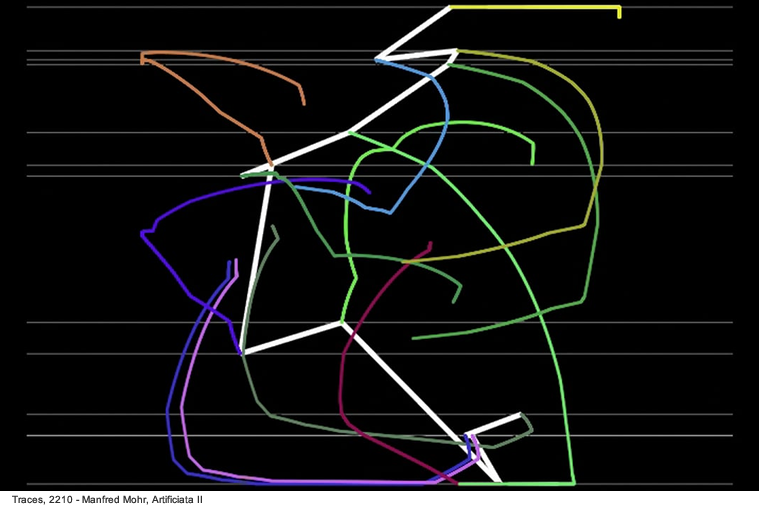 During the same period, he met composer Pierre Barbaud, known for his role in shaping early ‘algorithmic music,’ an encounter that alerted him to the artistic possibilities afforded by then-fledgling computer technologies.

The events of May 1968 radically changed Mohr’s access to these new tools. As universities opened to all in the aftermath of student and worker protests in Paris, the artist was able to use a computer at the University of Vincennes.

Drawings – executed by hand but calculated on a machine – shortly followed. The first computer drawings produced with Mohr’s computer programs were made on a light-plotter at Brookhaven National Laboratory in 1969. 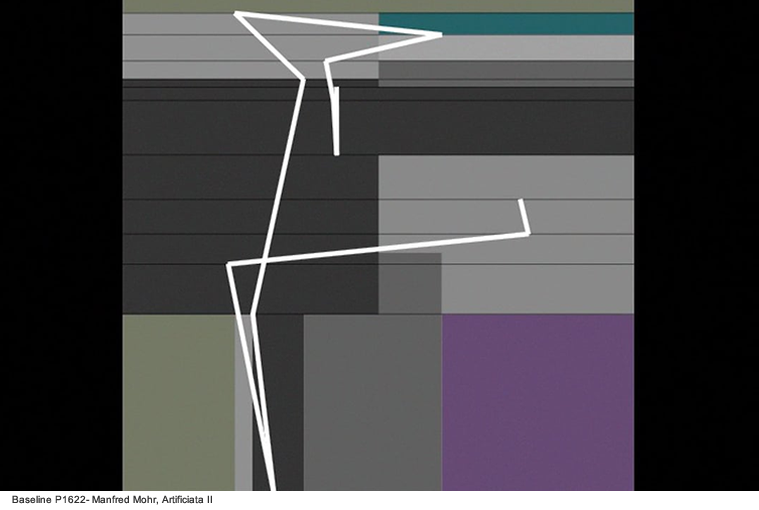 These first experiments set Mohr on a path that he has followed to this day, despite the art world’s resistance to the idea of the computer as a legitimate art medium. Soon after the early Vincennes works, he was granted access to one of the first computer-driven drawing machines – a Benson flatbed plotter – at the Paris Institute of Meteorology.

At night, after the engineers went home, Mohr was able to use the large CDC computer and this plotter to give shape to his experiments working with computer programs, and to develop a controlled system, which enabled new visual forms founded on the algorithms he had written.

Music has always been a great influence on Mohr, a saxophonist as well as an artist, regularly playing in jazz and rock bands. In much the same way that a musician might play an instrument, Mohr found the perfect vehicle for his investigations in the geometric shape of the cube, the driving force of his work since 1973. 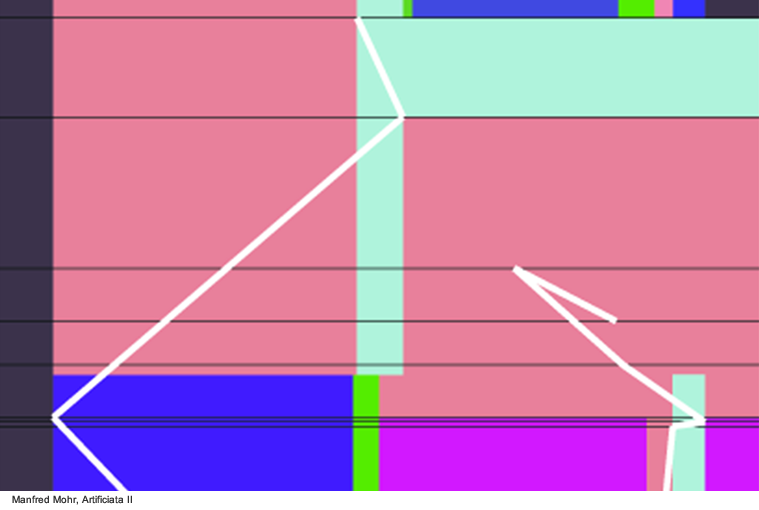 He gradually moved on to the ‘hypercube’ in 1978, a cube of four or more dimensions, which can exist mathematically even if it is difficult to fully comprehend: a space that is unimaginable yet computable.

Artificiata II gathers several animated mappings of the hypercube alongside a selection of images drawn from this process, what the artist calls ‘êtres graphiques’. The exhibition is a continuation of Mohr’s investigations into geometric abstraction as visual music, which is inherent to his practice and emphasized in Artificiata I, his first artist book.

Featuring hand-drawn pieces from 1969, these were the last works the artist ever produced manually. Artificiata II is presented here alongside the original drawings from Artificiata I. Exhibited together for the very first time, these works are a testament to both Mohr’s rigorous consistency and depth of research. 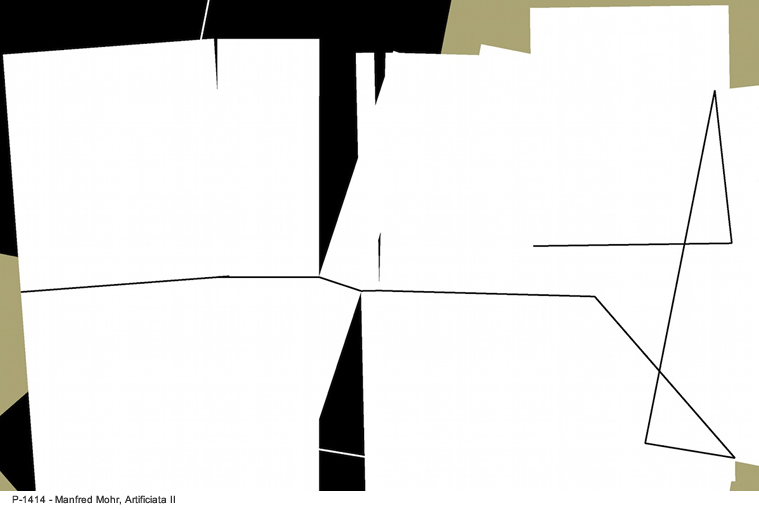 It is important to note that for Mohr, what is of interest is not the mathematics of the hypercube itself, but rather ‘the visual invention which results from it’, the way in which these highly rationalized forms are reflected in two-dimensional signs, to striking and endlessly surprising effect.

For while the artist creates the algorithm, parametric random decisions built into his formula mean that he can never entirely predict the result. ‘My artistic goal is reached when a finished work can dissociate itself from its logical content and stand convincingly as an independent abstract entity’, he says.

Explored through the medium of painting, blocks of colour create tension fields of push and pull, generating a visual unrest. The computer, as an extension of the artist, allows Mohr to reach higher forms of human expression, filtered through algorithmic code.

In the words of computer art theorist Frieder Nake, each piece functions as ‘a grand confrontation with the bounds of perception and the boundlessness of the mind’. 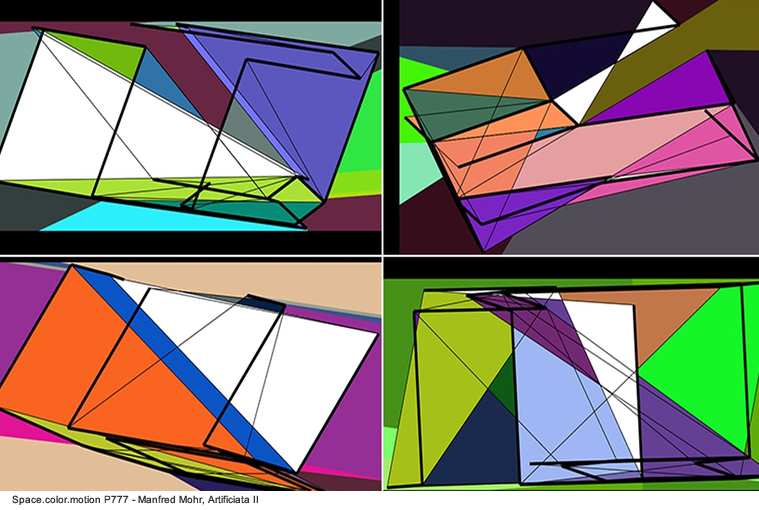