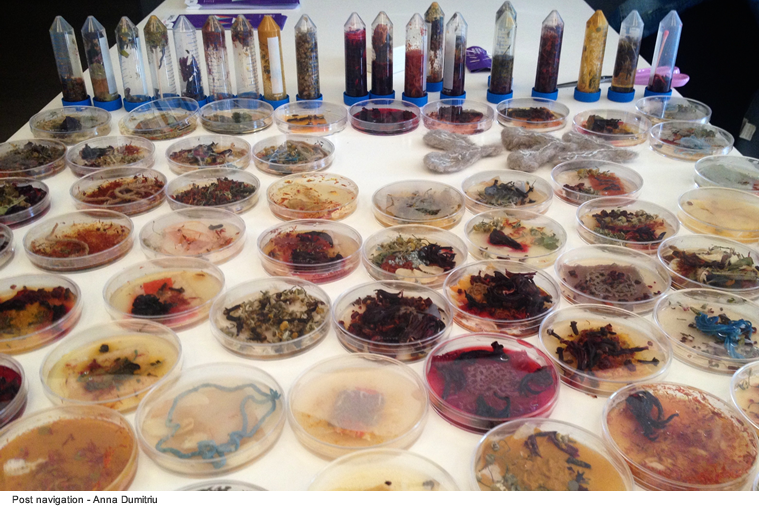 BOM (Birmingham Open Media) is delighted to present the first ever exhibition by the High Altitude Bioprospecting (HAB) science-art team. Ingenious and Fearless Companions explores the adventure of curiosity-driven research through a quest to find microscopic life in space.

The title is taken from a letter from French poet Victor Hugo to chemist and aeronaut Gaston Tissandier (1869), on the future of ‘air navigation’ and our hybrid ways of working across science and art.

It is also a reference to the bacteria that travel into space inside and on the bodies of astronauts and spacecraft, as well as the extremophile bacteria (bacteria capable of living in extreme environments) that the collective have been seeking in the upper atmosphere. 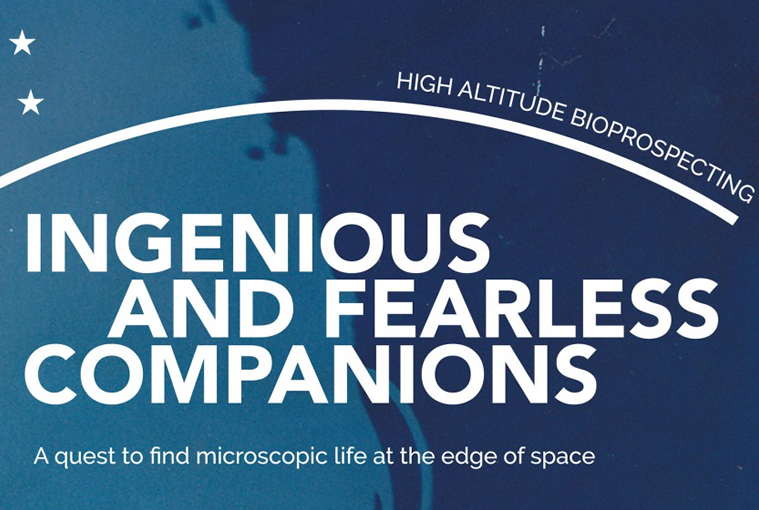 The HAB team includes Melissa Grant (BOM Fellow and biochemist at the University of  Birmingham), lab robotics scientist Oliver de Peyer, mathematician Paul Shepherd and artists Anna Dumitriu, Kira O’Reilly and Alex May. Initiated in 2010, they have searched for microorganisms adapted to life in space in order to consider their uses in novel biotechnologies.

With a mixture of success (and spectacular failure), the HAB team have  developed remotely operated robotic devices to sample the air at high altitudes, investigating the effects of space travel on bacteria in collaboration with NASA  and civilian space authority The Rocket Mavericks.

Ingenious and Fearless Companions presents the HAB team’s ‘blue-skies’ research, or ‘curiosity-driven science’ as it is sometimes called (where real-world applications are not immediately apparent). The exhibition is timely in light of a recent boom in citizen-led science, including crowd-sourced experiments and DIY biology. 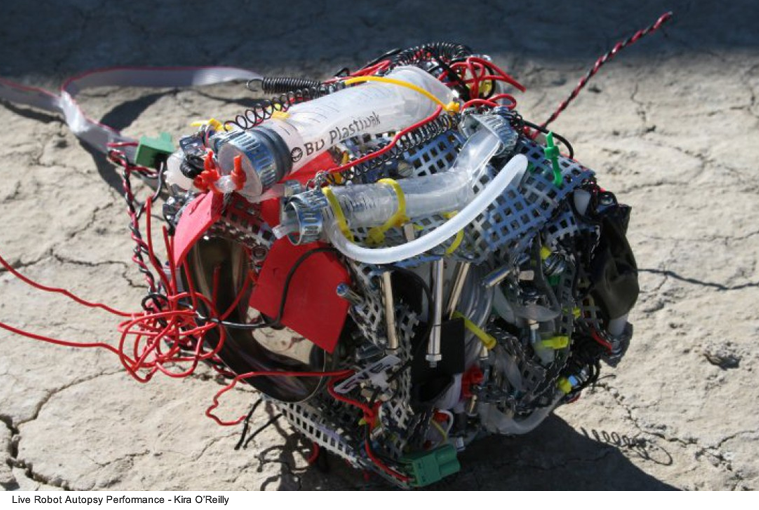 The exhibition features photographs and cyanotype prints, sculpturally altered relics, environmental samples and video-mapped film footage of test flights in the Nevada desert. A live-autopsy performance will take place on the HAB’s crashed robot during a Space Bio-hack weekend 13 – 14 May. The project tours to the V&A Museum, London as part of the Digital Design Weekend later in 2016.