Paradise Art Space is honored to present the exhibition INSCAPE – Voyage to Hidden Landscape, which will be on view from September 17 to February 6, 2022. It will be the first comprehensive solo show of artist Herman Kolgen that presents his entire oeuvre at the largest scale ever.

As one of the pioneering artists in media art scene, Herman Kolgen displays his profound contemplation on the mutual dynamics of the human-nature relationship in the post-pandemic era through the lens of media art. It offers the audience an opportunity to navigate alongside the theme of ‘Little Things Big Routes’.

In collaboration with ELEKTRA Montreal and Quebec Government office in Seoul, the exhibition will be the most realistic as well as the exhilarating way to explore the silver-lining in this cataclysmic reality.

Herman Kolgen is an acclaimed multidisciplinary artist with more than three decades of experience in media arts. As an audio-cinematic sculptor, his artistic inspiration lies in the intimate relationship between sound and image, leading to installations, video & film works, performances, and sound sculptures.

He works in a constant exploration cycle at the crossroads of different media to conjure up a new technical language and a singular aesthetic. The interrelation between human life and its surrounding environment takes the central stage of his conceptual pursuits. The resulting brutal tensions and the interplay between various elements constitute the epicenter of his practice. 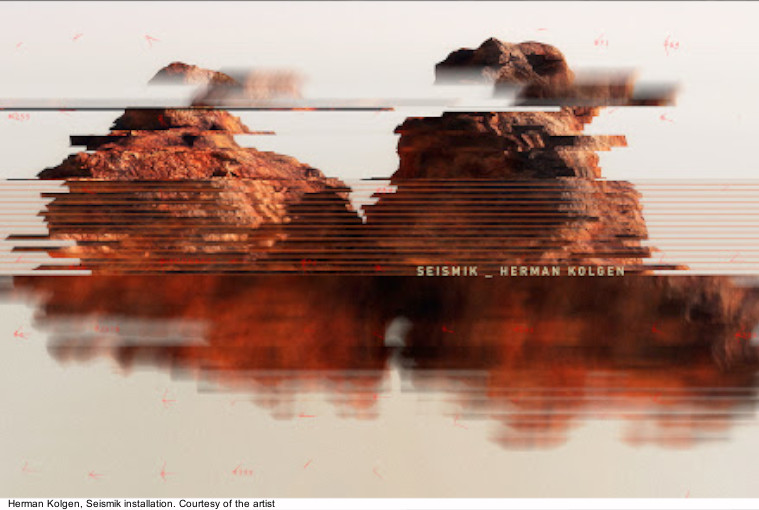 The exhibition presents eight artworks ranging from his new commissioned works to mega-scale versions of his representative pieces.

As a result of the holistic approach towards Paradise City, His works will feature five different venues, including Paradise Art Space, Cimer, Chroma, Art Garden, and Plaza, thereby providing a voyage of inspiring amusement to the visitors. With the outstanding synesthetic presence, the exhibition encourages the audience to raise awareness of the hidden aspects that will shape the post-pandemic reality: Human and the artificial, Human and nature, and Human in a new societal landscape. As an illustration, in his recent work BACTERIUM, Kolgen transforms the swarming nature of Proteus Mirabilis bacteria that drives infection and transmission into an artificial one with the aesthetics of swarm intelligence algorithm as well as motivated by the outbreak pattern of the Covid-19 pandemic.

In the meanwhile, SEISMIK_Mesh Territory is stretched out on an extensive media façade on an overwhelming scale, which offers a magnificent spectacle of the true nature.

In October, a constellation of five artists from Quebec, Canada, and Korea will showcase a live performance festival at Paradise City CHROMA club. After the premiere, the performance program is scheduled to make its first global tour at the ELEKTRA Festival in Montreal in 2022 and planning extension in France and Japan. The participating artists are as follows: Herman Kolgen, Lucas Paris, Matthew Biederman, MACHINA, and YEONO. *Details of the event will be announced via the exhibition’s official social media channels.