COLLIDE is the major arts and science residency programme, now running for the fifth year between CERN and an international cultural partner. The current partnership of Arts@CERN and FACT (Foundation for Art and Creative Technology) opened the call for entries in March 2016, giving the opportunity to artists from around the world to apply for a two-month fully funded residency at CERN, Geneva, and one month at the UK’s leading media arts centre, FACT, in Liverpool, as well as a prize of CHF 15,000.

“Art and science are extraordinary ways of exploring knowledge, and Arts@CERN exists to encourage a dialogue and exchange. I am thrilled to announce this year’s COLLIDE result and to welcome Yunchul Kim. His proposal will certainly open up new ways ot working alongside CERN scientists,” affirms Monica Bello, Head of Arts@CERN. Yunchul Kim is a South Korean artist whose work focuses on research towards new materiality, the artistic potential of fluid dynamics and metamaterials. During his residency at CERN, he will develop his project proposal Cascade, which looks at the possibility of controlling the propagation of light through colloidal suspensions of photonic crystals. 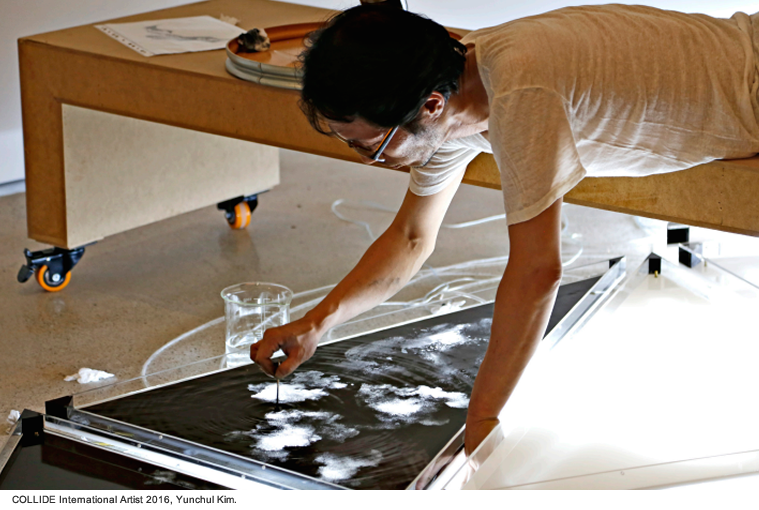 “We very much look forward to Yunchul Kim joining us at FACT, and especially for him to develop his practice in our experimental making space FACTLab, which encourages and nurtures all creative artistic and scientific ventures. It’s FACT‘s mission to bring people, art and technology together, and the partnership with CERN is the perfect example of what incredible opportunities can arise when we work across both geographical and disciplinary borders, ” says Prof. Mike Stubbs, Director of FACT.

The award was attributed following the jury’s meeting to assess 904 entries from a record of 71 countries around the world, including entries from Aruba, Kazakhstan the Philippines and Zimbabwe. The COLLIDE winner was announced at FACT in Liverpool, where jury members Monica Bello, Mike Stubbs and Tara Shears presented the successful artist, and hosted a discussion about how he will challenge the way art and science encounters are understood.

“Yunchul Kim is fascinated with the phenomena and nature of dynamic materials through an arts practice above and beyond scientific research. The sculptural nature of Yunchul Kim’s work creates uncanny experiences, which at times seem beyond belief, and challenge our understanding of the world as both analytic and embodied. Yunchul Kim has an outstanding ability to explore the gap between the experiential and conceptual, and we are thrilled to see how he will embed these ideas in his residency at CERN and FACT,” stated the jury. 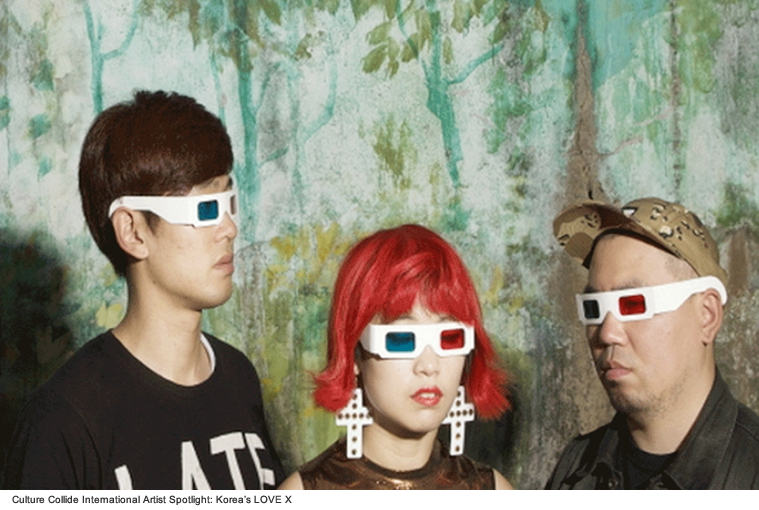 In the following months, Yunchul Kim will join the community of around 14,000 scientists at the world’s leading particle physics laboratory. This experience will immerse the artist in a journey of fundamental research, allowing him to use these ideas as springboards to his imagination, taking his artistic work further.

The Mexican conceptual artist, Julieta Aranda, received an Honorary Mention acknowledging her unusual ability to create situations and site-specific projects that reveal meaningful social interaction in the techno-scientific culture. The British artist, James Bridle, currently based in Athens, received an Honorary Mention for his innovative proposal on modern networks and the emergence of uncertainty.