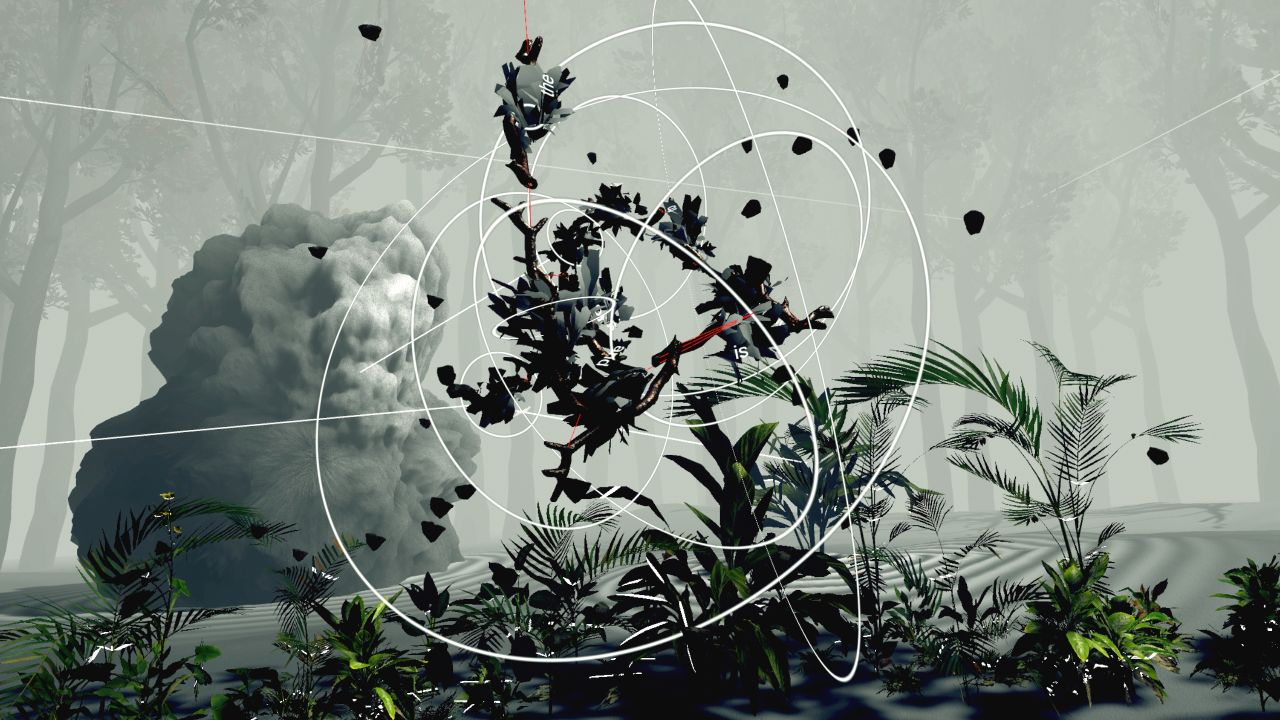 Patchlab Digital Art Festival enters its second decade. Its 11th edition will take place from 6th to 9th October. Together with the invited artists, also this year, the festival focuses on the most important phenomena of the contemporary world: commenting on them, provoking reflection, looking for creative solutions that give hope for the future.

The title of the 11th edition of the Patchlab Digital Art Festival _econtinuum refers to the relationship between new technologies (“e-” like electronics) and nature (“eco-” is ecology), with an emphasis on the future (“continuum”, i.e. the continuation of our coexistence).

This year’s edition will therefore be devoted to building environmental awareness and looking at digital art from the perspective of rebuilding relations with nature and its activities for environmental well-being. What role can technology play in the face of a climate catastrophe and building a better future – during the four days of the Festival, more than 40 artists from all over the world will try to answer this question. They will present their works that not only show the scale of the problem, but also bring hope in thinking about the future. The program includes: two exhibitions, discussion panels, audiovisual concerts, video projections and music events.

– We have reached the point where “armed” with digital devices and subjected to the power of algorithms, we often unknowingly have a destructive impact on the environment. It is only up to us whether we will continue to use them as tools for the degradation of the planet, or whether we will use the potential of new technologies to build a better future. Are we ready for thesymbiocene – theera in which man is part of nature and uses technology, also for the sake of the environment? We will try to answer this question in October –  Elwira Wojtunik, the Artistic Director explains the main theme of ​​this year’s Festival. 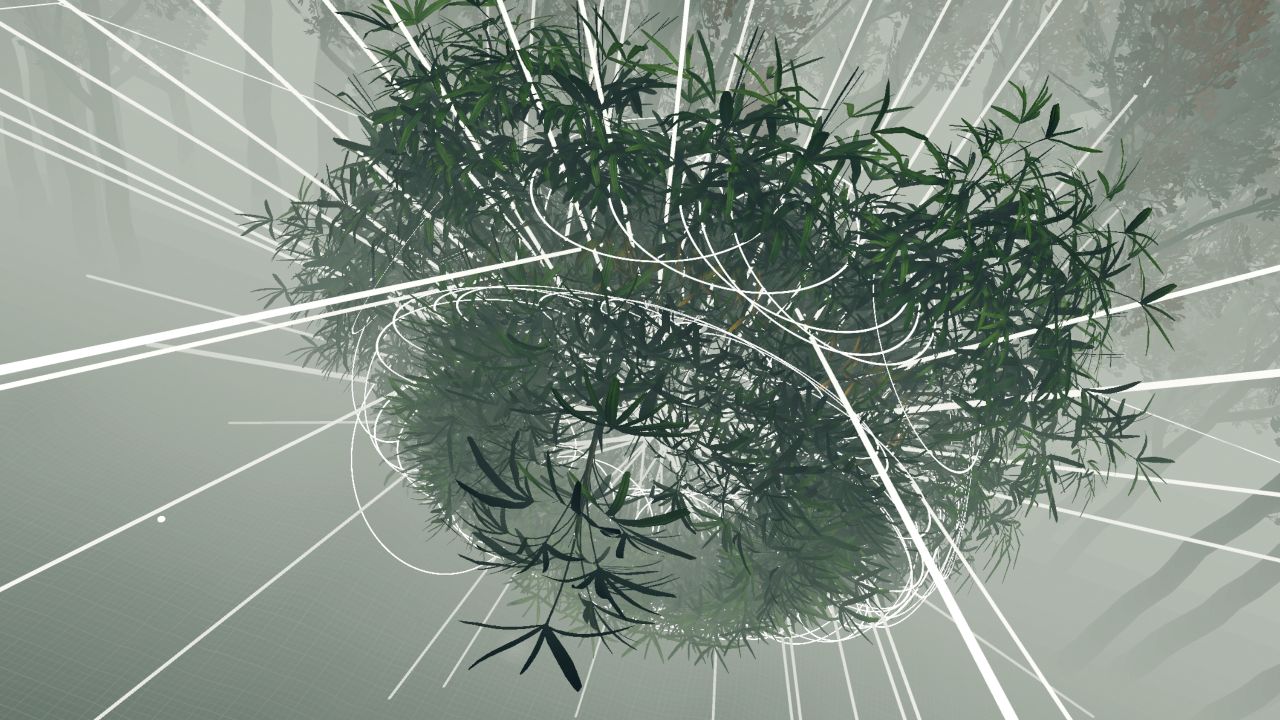 – In the Małopolska Garden of Arts we will present, among others e-SEED installation by Brazilian artist and researcher Ivan Henriques, in which electricity generated from synthetic photosynthesis supports plant growth – announces Elwira Wojtunik.

– Canadian artist Sabrina Ratté will present Floralia – a video installation presenting a futuristic vision of the extinct kingdom of plants that only exist as digital models in a virtual archive. In the speculative work Models For Environmental Literacy by Tivon Rice, we will hear what an artificial intelligence has to say about the environment, trained on various texts: from sci-fi, through eco-philosophy, to international reports on climate change. The award-winning researcher of underwater acoustic landscapes, Robertina Šebjanič, in the installation Aquatocene. The subaquatic quest for serenity. it will immerse us in the deep sea environment – the underwater world in which man intervenes. French creators Adrien M and Claire B in the Acqua Alta project, using the technology of augmented reality, will tell about a catastrophe related to violent atmospheric phenomena – adds the Artistic Director of the Festival.

During the exhibitions we will see, among others The Green Drawings – I Pledge – an interactive project encouraging climate-friendly behavior by Slovenian artist Nina Slejko Blom and Conny Blom from Sweden. Greek creator Yiannis Kranidiotis will present the Climate Snake project, while the Austrian collective Depart will invite you to dive and interact in their virtual garden The Entropy Garden VR.

As part of the Immersive Garden exhibition, in the post-hospital building at. Kopernika street 15, you will be able to experience four immersive installations. In the VR project made by the Chilean artist Natalia Cabrera entitled Hypha, we will look at the world from the perspective of Stephanopus Azureus mushrooms, whose role is to cleanse the Earth from the disastrous effects of human activity.

The Wrocław-based IP Group collective will invite you to the LUMEN light cognitive experiment, and the New Zealand duo Uwe Rieger & Yinan Liu will present their interactive kinetic installation called Light Wing II. TAO Ya-Lun from Taiwan will show his work Freeperson – The Digital-Twins Machine, which allows you to move freely in cyberspace. 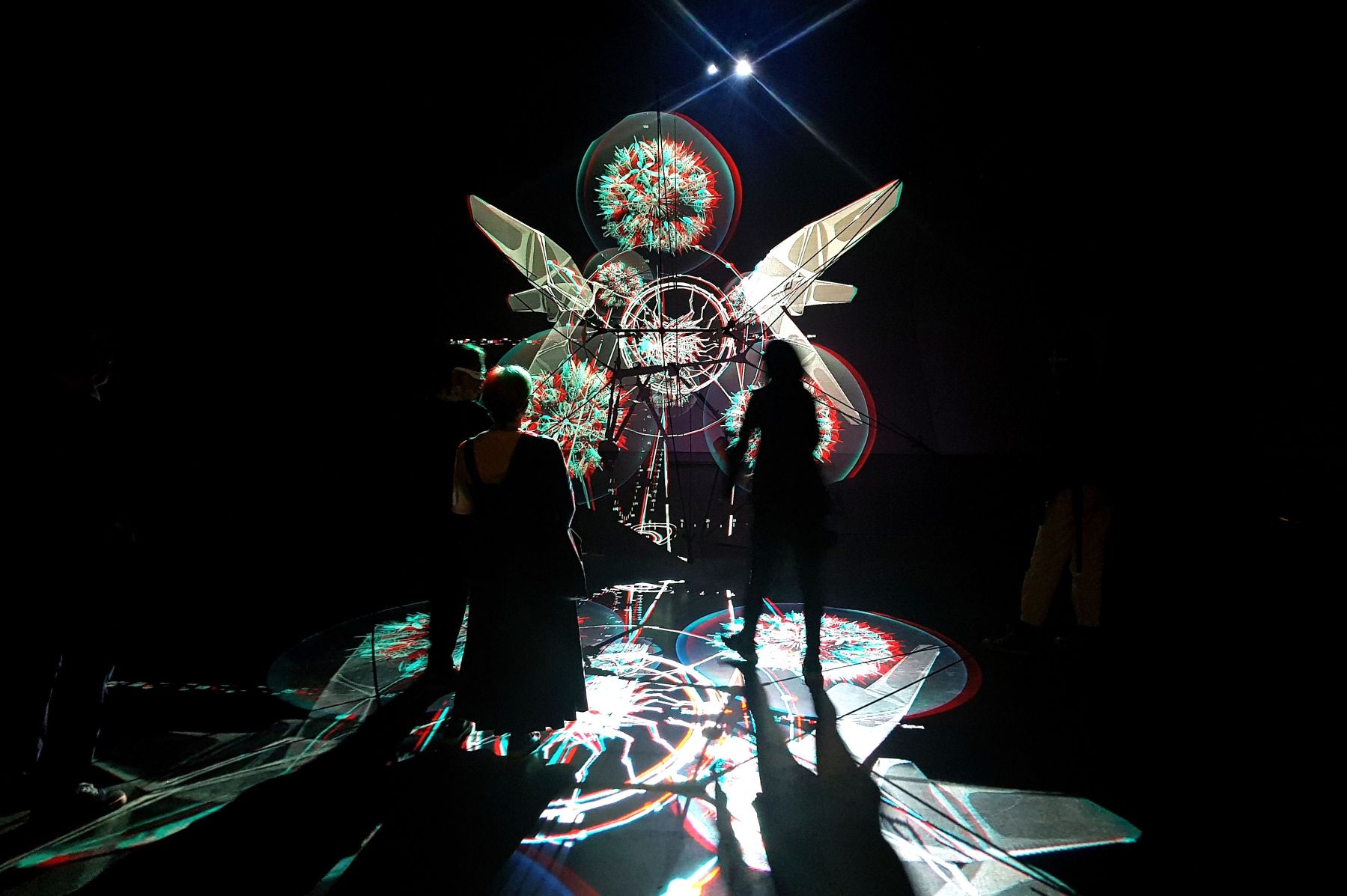 In addition to exhibitions, we especially invite you to the performances in the Małopolska Garden of Arts at Rajska street 12, during which will perform, among others the Canadian artist Martin Messier in a spectacular performance Field inspired by the phenomenon of lightning strikes, while  the French artist Franck Vigroux in a duet with Kurt d’Haeseleer will show an audiovisual concert entitled The Island questioning blind faith in progress.

During the annual AVnight at Galeria 360° / Hevre + 1, there will be live audiovisual concerts with a spectacular 360° image. The Spanish artist Iury Lech, TS / CN from France and the Ukrainian-German duo created by Vartan Markarian and Tidiane Cacique. Ambient musical landscapes will be taken care by, the Warsawian compositorc, Botanica.

Irini Papadimitriou, artistic director of the British organization FutureEverything, operating on the border of art, science and activism, invites you to a series of online panel duscussions. Established artists, designers and researchers will share their experiences, work and methodologies that go beyond existing power structures and established ways of thinking: from mining and exploitation to new opportunities and visions for the future. Among the invited guests will be Jay Springett – a hybrid environment theorist and strategist, associated with the Solarpunk movement. 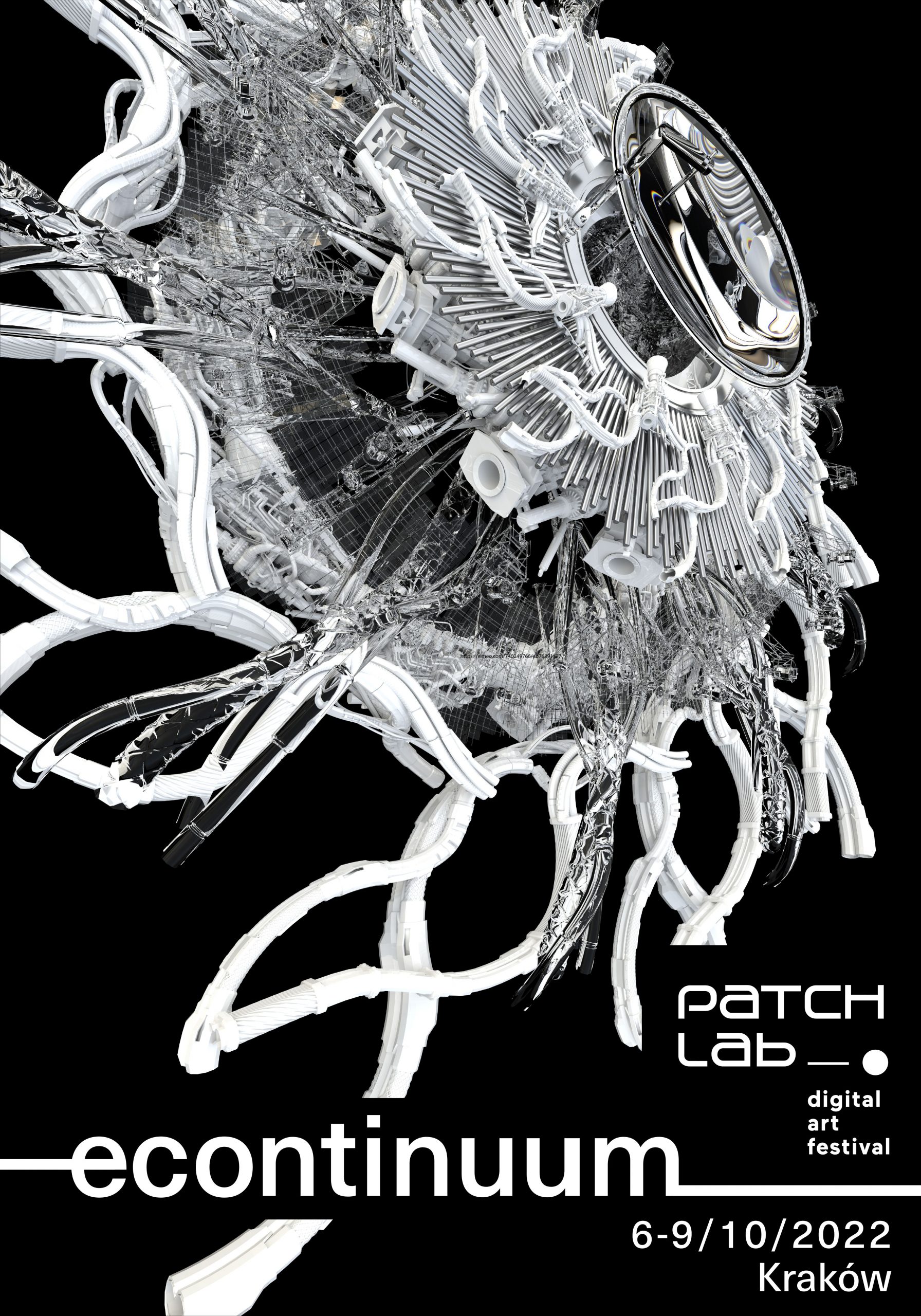 The Patchlab Festival has been held in Krakow since 2012 and is organized by the Photon Foundation. It belongs to the international AVnode platform, which brings together artists and events presenting contemporary audiovisual art, supported by the European Union’s Creative Europe program.The Patchlab festival was awarded by the European Festivals Association (EFA) quality label for outstanding art festivals for a unique and innovative approach, contribution to the field of art, social commitment and international openness. In 2021, it was awarded the Badge of Invention label for exceptional actions during the pandemic.