“The Unknown Ideal”: a survey of Zach Blas practice

The Unknown Ideal is the first solo exhibition in Germany by London-based artist, filmmaker, and writer Zach Blas. His expansive practice includes an emphasis on the relationship between digital technologies and the cultures and politics that animate them.

Presenting a survey of Blas’s practice, The Unknown Ideal focuses on his interrogation of the philosophies and fantasies lurking in artificial intelligence, the internet: predictive policing, airport security, facial recognition, and biological warfare. These works, which span sculpture, video, music, and installation, include Icosahedron (2019), an AI elf that predicts the future of prediction; transCoder (2008), a queer programming anti-language; and video mummy (2004), a mannequin mummified in videotape. 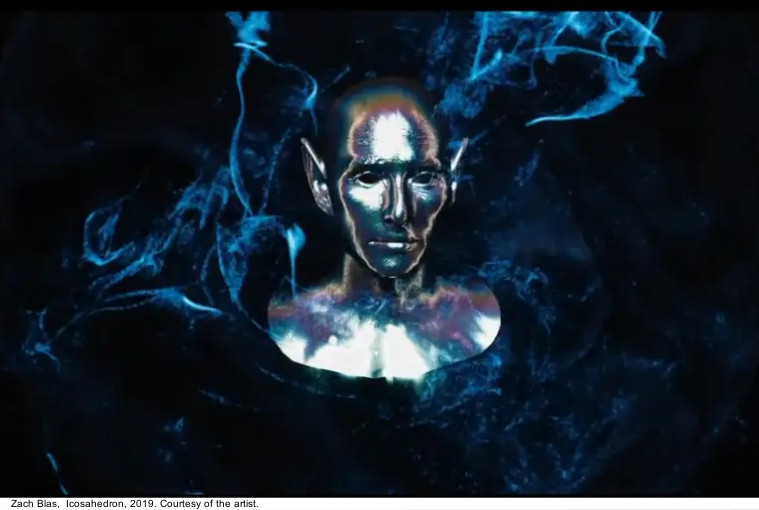 The centerpiece of the exhibition is the world premiere of The Doors (2019), a newly commissioned multimedia installation exploring psychedelia, drug use, and artificial intelligence. A sequel to Blas’s Contra-Internet: Jubilee 2033 (2018) – a film that follows author Ayn Rand on an acid trip, in which she bears witness to a dystopian future of the internet – The Doors looks closer at Silicon Valley’s connections to Californian counterculture from the 1960s.

Set within a mystical artificial garden, The Doors features a surround sound design and six channels of video comprised of computer graphics sequences and psychedelic machine learning–generated imagery related to a new wave of drug use interested in “nootropics.” In contrast to the “turn on, tune in, drop out” ethos of the 1960s, taking nootropics has gained popularity in the tech industry, as “smart drugs” designed to unlock the mind to labor harder and faster. Nootropics include commercially available “stacks” and microdoses of LSD and psilocybin mushrooms.

The Doors envisions a psychedelic trip on nootropics, alluding to a constellation of Californian drug references including Aldous Huxley’s writing on LSD and the 1960s rock band The Doors, fronted by Jim Morrison, who was nicknamed “the Lizard King.” The installation features spoken word poetry, music, and video generated by artificial intelligence trained on a variety of media, including images of psychedelic rock posters, LSD blotter art, brains, sacred geometry, and lizard skin; music by The Doors, binaural beats, crystal bowl sound baths and ASMR keyboard typing; as well as corporate nootropics literature and Morrison’s writing and voice. 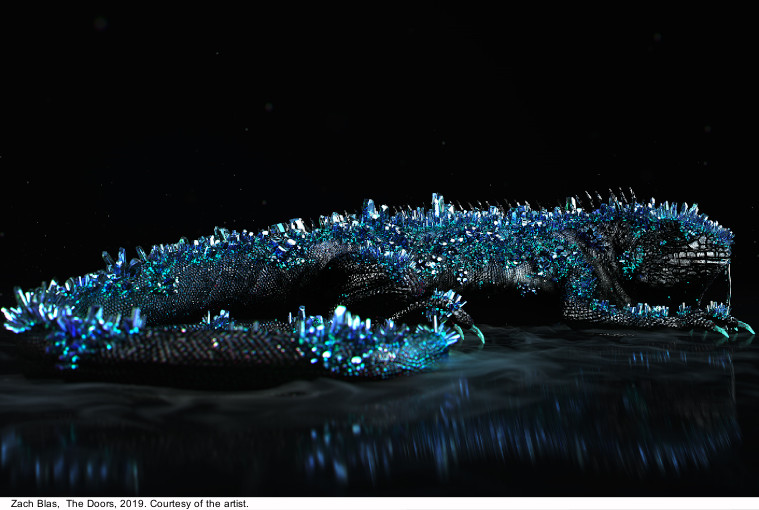 The machine-learning imagery, which is halted before it coheres into recognizable patterns, echoes the saturated, colourful imagery associated with psychedelia. Evoking a 1960s liquid light show, The Doors proposes AI as generative of a new psychedelic experience for the nootropics age, provoking hallucinations of how to see and control the future, optimize the brain for labor, and live forever.

In this vein, the exhibition draws its name from Ayn Rand’s Capitalism: The Unknown Ideal (1966), which articulates her moralistic agenda of unregulated market capitalism and unrepentant individualism as unknown ideals. Long engaged with the legacy and popular reception of Rand in the oligopolies of Silicon Valley, Blas’s evocation of Rand challenges her vision of the future. Instead, the unknown ideal might refer to the political challenges of the present: the difficulty of imagining and putting into practice viable political alternatives to dominant control systems of surveillance and technology. 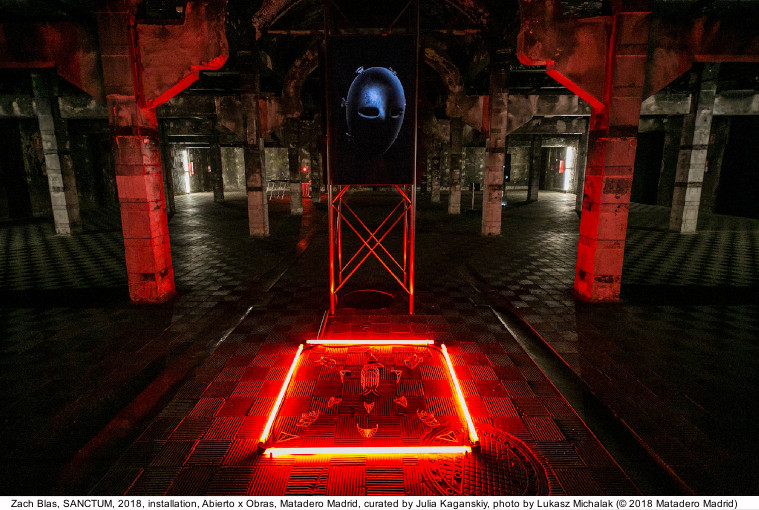 Zach Blas has exhibited, lectured, and held screenings recently at the Walker Art Center, 2018 Gwangju Biennale, Matadero Madrid, Los Angeles County Museum of Art, 68th Berlin International Film Festival, Art in General, Gasworks, and e-flux. He is Lecturer in the Department of Visual Cultures at Goldsmiths, University of London, and a 2018 recipient of the Media Art Grant from the Foundation of Lower Saxony at the Edith-Russ-Haus, Oldenburg.