Tagging Aesthetics #0: a cultural critique of categorization in the age of social media

The following essay introduces a series of interviews that will be published on Digicult in the following weeks. I have been conducting these and other interviews within the scope of my doctoral research at the University of Salford, with the goal of exploring critical approaches to the construction of online identity. The premise of my research is that categorization is a key part of the way we organize our online self, and in so doing we engage with stereotyping and polarization in ways that are not only reductive, but also creative.

Ultimately, I’m interested in the double-edged nature of stereotypes and how online networks and communities are shaped by contradictory cultural avatars like the Gangster, the Nomad, and the Troll. The following interviews do not address those specific figures, but center on identity models, formats, keywords, and algorithms through which cultural identity is processed into computable elements.

Although that was the common denominator by which I chose my interviewees, the resulting tactics are heterogeneous: trollish Instagram accounts, performative approaches to machine learning, appropriation of marketing techniques for social justice, (new) hashtags against (old) hashtags. 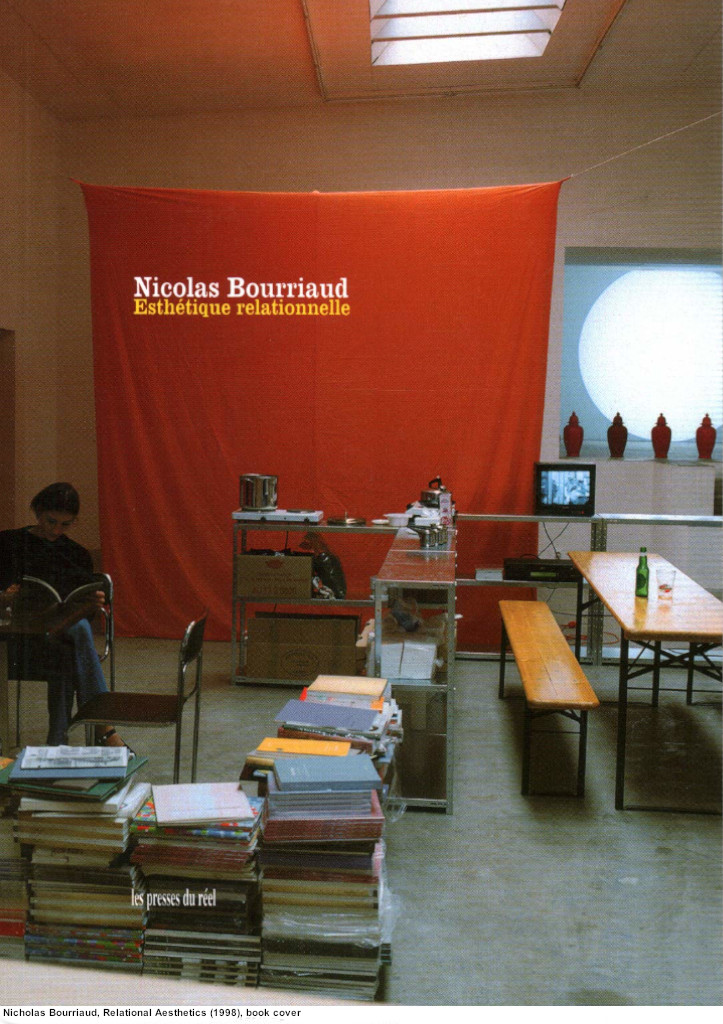 The goal of these accounts is to try and understand if it’s possible to resist cultural polarization and stereotyping within digital environments that have user profiling and categorization baked into their very architecture.

Regardless of their success, these episodic acts of resistance offer in fact a type of localised knowledge we can learn from. Their subversive and playful attitude towards tagging, in the widest sense possible, is thus the basis to start building a glossary of tactics that might, if we are lucky, be a starting point for future resistance. Before delving into what these tactics and aesthetics might look like, however, some theoretical grounding is necessary.

The Social and the Aesthetic

Never has the convergence of the aesthetic and the social been more apparent than in the age of social media. The convergence itself is not new – in fact, the progressive aesthetization of all lived experience has been a seductive object of discussion and theorization for quite some time: from Dada to Situationism, from Michel De Certeau‘s tactical practice of the everyday to Nicholas Bourriaud‘s relational aesthetics. 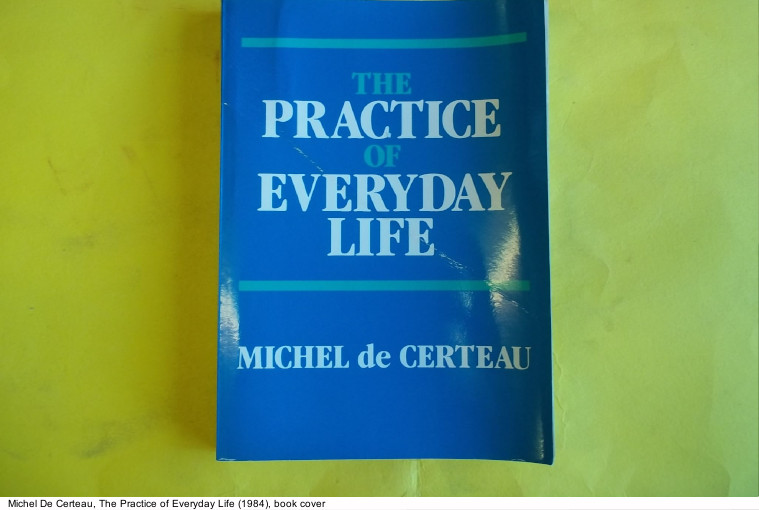 De Certeau and Bourriaud in particular resonate with the current predicament: coming from the social and venturing into the artistic, the former saw the performance of the everyday as an “art of the weak”, a clever use of time that evaded the logics of the productive regime; from the artistic into the social, the latter suggested that art can help envision new societal models, without the macro-utopian ambition for large-scale change typical of Modernism.

Both have inspired new conceptualizations and criticism, examples of which are the notion of tactical media (first articulated by David Garcia and Geert Lovink and revisited by Rita Raley) and Claire Bishop‘s skepticism about the possibility of true antagonism within the gallery environment (a direct response to relational aesthetics).

Bishop’s Artificial Hells: Participatory Art and the Politics of Spectatorship is especially relevant to social media, although the author mentions online platforms only in passing. Outlining the shifting role of contemporary art within the UK (and neoliberal societies in general), Bishop touches upon how Thatcherite politics first and then the New Labour encouraged creativity and inclusion within the firm grip of globalized cognitive capitalism, fostering public and participatory art in lieu of disappearing social security. 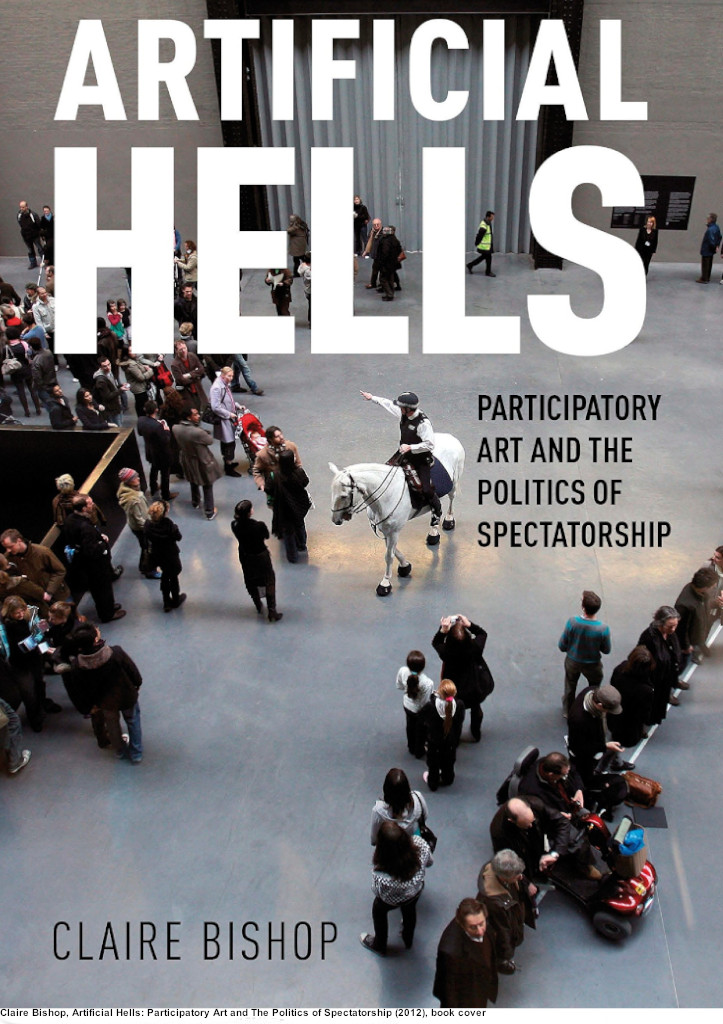 One of the consequences of artists taking up responsibilities once pertaining to the welfare state is the rebranding of participatory art as educational, which prompts a cautious depoliticisation of its content – against the possibility of funding cuts, for example, but also (and significantly) in terms of a programmatic refusal of aesthetic hierarchies as anti-democratic.

The relationship between the public, aesthetics, and politics is crucial to Bishop’s overall argument. In contrast to the idea of a dematerialised, spactacularized, aestheticized society in which art subsequently seeps back into the social, which informs Bourriaud’s relational aesthetics and other forms of participatory art, Bishop refers to Jacques Rancière’s reading of aesthetics as autonomous: not in terms of the work of art itself as an object produced in certain conditions, but in terms of its experience by the public.

Part of the stated goal of Bishop’s book – and the reason for her praise of the French philosopher – is Rancière’s rehabilitation of the aesthetic as a term often associated to the market-driven depoliticisation of art. This involves a specific understanding of the relationship between aesthetics and politics: the undecidability of aesthetic experience implies a questioning of how the world is organised, thus implying the possibility of a change or “redistribution of the sensible” (Rancière’s most famous formula). 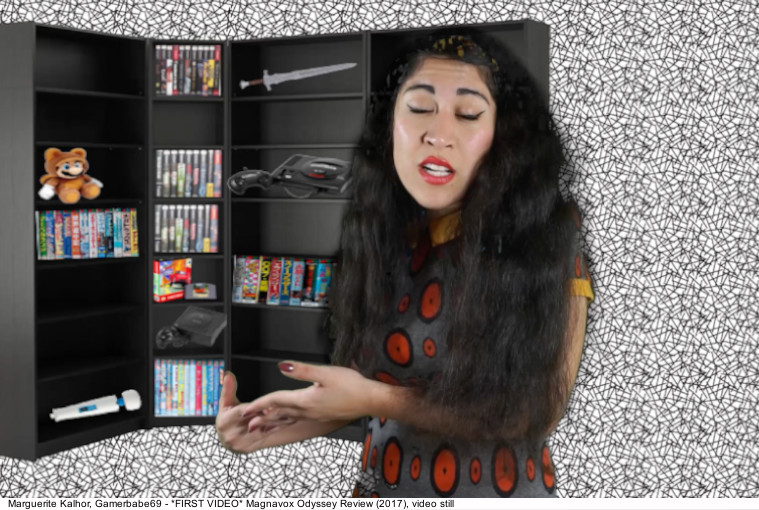 The productive contradiction of art’s relationship to social change thus lies in the paradox of autonomy and the inextricability from the promise of a better world: the aesthetic, in other words, does not need to be sacrificed on the altar of social change, because it already contains an ameliorative promise, and the work of art – as an intermediary object between the social and the aesthetic – can be judged as aesthetic without renouncing its political implications. Any aesthetic judgement is also inherently political.

The aforementioned “productive contradiction” is even more apparent on social media. In terms of politics and large scale change, it is today evident that the proprietary social media platforms that host our creative enterprises and activist campaigns are still materially in control, despite the narratives of user self-empowerment that drive online participation.

In terms of aesthetics, the ubiquitous enthusiasm surrounding information aesthetics a decade ago has been complicated by the emergence of fake news, massive use of bots, AI, memetic warfare, and in general the ambivalence inherent to Internet content that Whitney Phillips and Ryan Milner (two important scholars of trolling) warn against in their timely The Ambivalent Internet. 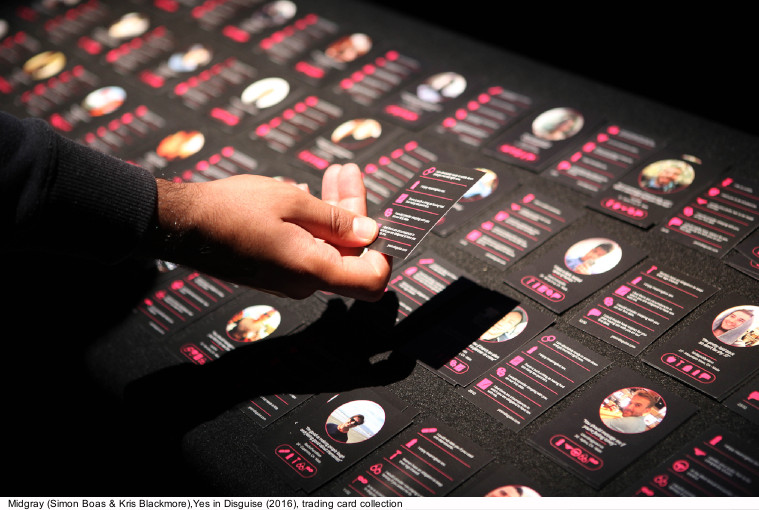 Questioning the online sphere in terms of aesthetics is also not new: Vito Campanelli was writing of web aesthetics before 2010, around the same time that Olga Goriunova conceptualised “art platforms” as online environments where users might not even conceive of their output as artistic. Alexander Galloway also notably highlighted the contrast between infoviz and a symbolic, political aesthetics in The Interface Effect, which among other things outlines the crucial problem of unrepresentability. The augmentation of algorithmic efficiency, according to Galloway, goes in fact hand in hand with the decrease of symbolic efficiency. In other words, information gets in the way of aesthetics.

Overall, then, the social and participatory nature of the Web (and social media in particular) have opened up to increased questioning, demanding new critical conceptualisations of networks that factor in both their politics and aesthetics.

Going back to Bishop and Rancière: if the aesthetic and the political overlap in the concern for the distribution and the sharing of ideas, abilities, and experiences, the infrastructure of social media can then be judged not only as a political economy of sorts, but also as a sort of macro-assemblage of contradictory creative efforts – provided the aesthetic judgement of such assemblage be not a generic acknowledgement of its socio-relational nature, but an actual assessment of specific configurations that arise from it. 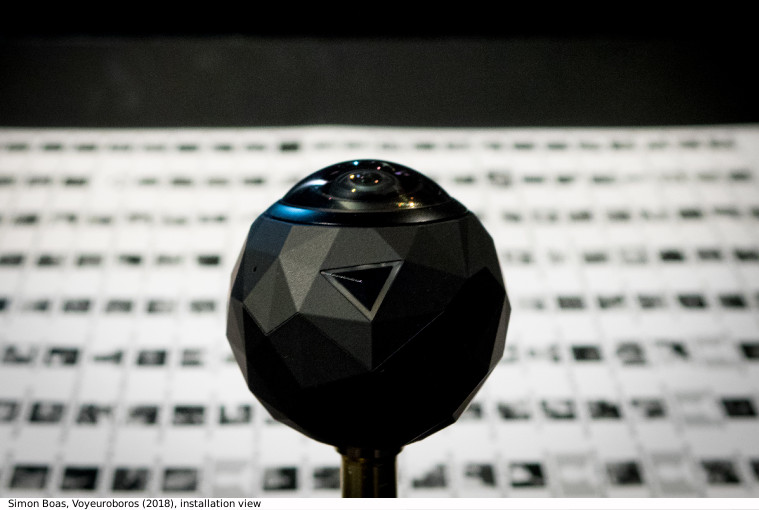 And, while the tension between art and politics remains unresolved, I would agree with Wendy Chun and the others who have noticed that representation has notably pivoted on a return of identity politics: conservative memes, aggressive self-marketing, filter bubbles and the like have turned the definition of the online self into a daily grind and a cultural war, a continuous flow of production-classification-consumption. This last point is especially important to my research.

Classification is an important aspect of social media. Tagging and folksonomies have been one of the founding elements of Web 2.0, while the process of tagging individuals – to attract their attention in a friendly or aggressive fashion – has more recently become commonplace. There are other forms of classification that are not words or actual links: memes, listicles, reaction gifs – these can all be seen as forms of categorisation of culture and feeling.

The act of labelling the self or the other is one of the most banal operations we do online, but be it a cultural or an actual link, this gesture contributes to stitching together networks and imaginaries alike. On social media, the social – which is dematerialized by knowledge work, quantified selves and whatnot – is thus rematerialized on an aesthetic plane that we can stream, roll-over on, and click through – a place that is dominated by stereotypes, controversial identity labels, and sneaky marketing profiles. What I’m interested in, then, is reflecting on the aesthetics of categorization, critiquing tagging culture. 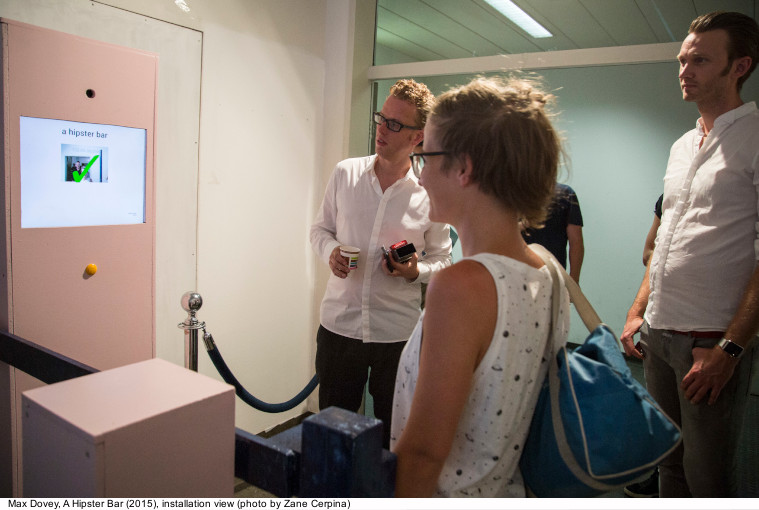 Before social media, Susan Leigh-Star and James R. Griesemer introduced the concept of “boundary object”, that is a plastic form of information that maintains integrity in content but is interpreted differently across communities. According to the authors: “the creation and management of boundary objects is key in developing and maintaining coherence across intersecting social worlds”.

In a foundational text on the consequences of categorization that she wrote with Geoffrey Bowker, Star developed the concept further. Highlighting the emergence of many databases that incorporate object-oriented views of data, as opposed to the old hierarchical databases where relations between classes had to be decided once, Bowker and Star state that boundary objects are working arrangements that resolve anomalies of naturalization (when members of a community forget the local nature of an object’s meaning or the actions that go into maintaining and recreating its meaning) without imposing such naturalization of categories from one community or from an outside source of standardization. This ambiguous yet undoubtedly political character of boundary objects is very important in social media.

As tools of bottom-up categorization that are used with different purposes and audiences in mind, the tags we use on social networks could in fact be seen as such objects. We can thus bring this sociological notion in a productive dialogue with Rancière’s idea of the work of art as an intermediary object, a site of political negotiation based on competing interpretations. 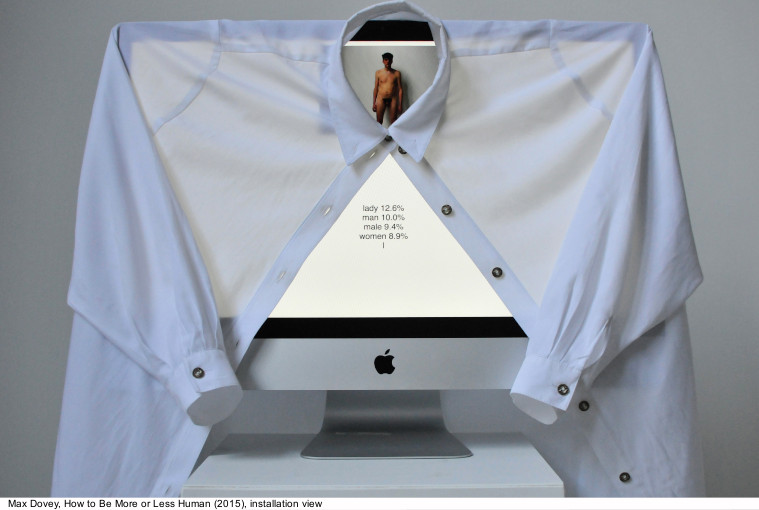 In the aesthetics of tagging, then, tags, memes, and gifs emerge as shared experiences rather than data, occurrences of performative gestures rather than nodes to be displayed in network maps. These experiences can contribute to the naturalization and perpetuation of categories and stereotypes, or they can highlight the ideological and historical conflicts of classification itself, as enforced by the infrastructure underneath.

As I will discuss in the next weeks, the cultural producers I interviewed are preoccupied precisely with this type of negotiation.