Pröspect: A Bot* that reassembles images from the McCord Museum’s Photography Collection

Pröspect, is another step in Isabelle Gagné’s work as a geologist-artist of digital images, as she ques­tions our relation to online historical archives. As various institutions – museums, libraries, etc. – are increasingly making their archives available online to make them more accessible, the “general” catalogue of online images is constantly growing.

Despite the fact that their historical character is their main distinctive sign, heritage photographic archives also take part in building the enormous online inventory of digital images generated by the various Internet search engines. To make sure that these previously digitized documents get rerecorded into our collective memory, the artist has created a device that reinterprets digital photographic images pumped directly from open databanks on a four-hour cycle. 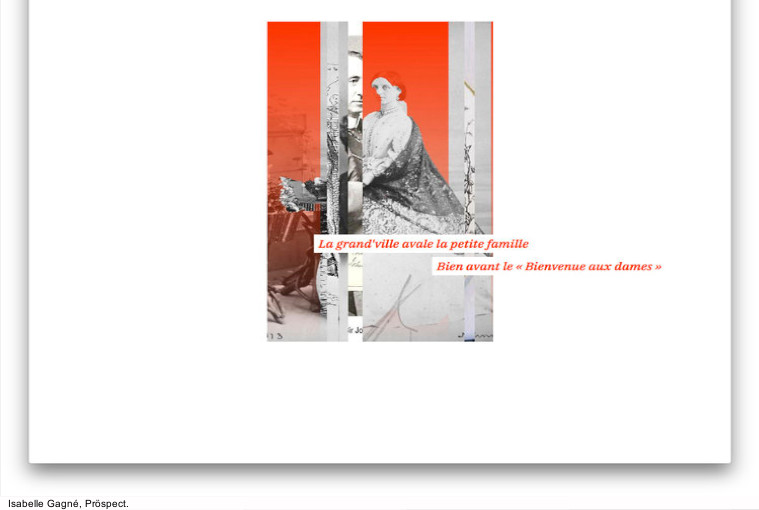 After selecting a document drawn from an institutional archive, Pröspect take a first reading that draws out “perceptible” elements. It then does a reverse search to find images similar to the one chosen. After having cut and pasted together these digital elements, the program creates a new image. It then randomly associates each visual object with verses drawn from poems specifically written for the project by author Stéphane Archambault.

The new images created through this process are then referenced and “published” simultaneously on Twitter and on the web. That way, each query by individual users on search engines is likely to bring up one or many of the doctored images. The first resources used by the bot come from the McCord Museum’s Photography collection.

Isabelle Gagné’s Pröspect is part of the genetic code of online art and it questions the online use of historical archives available on the web. The project also aligns with a mining or geological metaphor (the idea of prospecting, for instance, or the discovery of a mining field) to better highlight the various aspects specific to researching, discovering and “mining” archives.

By infiltrating networks with newly referenced images, the work highlights the public access to and use of online heritage resources. In the end, Pröspect reassembles what the artist calls a new digital heritage mining field and encourages a renewed perception of historical archives and how they become part of our collective memory. 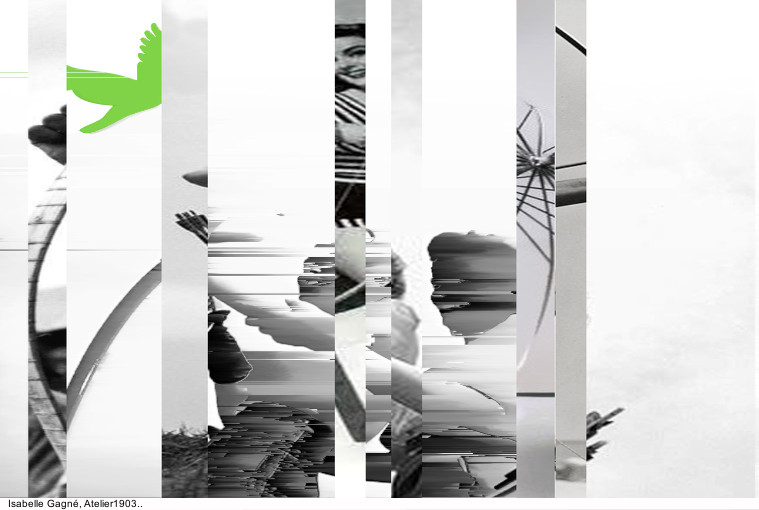 Isabelle Gagné was born in Boisbriand. She is a pioneer of mobile art in Canada. Her work has been shown in solo and group exhibitions in Canada and abroad, including Italy, Australia, the United States, England, Spain, Germany, and Japan. Her work has been presented at the Mois de la Photo de Montréal (MOMENTA Biennale de l’image), at the Rencontres internationales de la photogra­phie en Gaspésie, and at the Vaste et Vague and TOPO artists’ centres.

Highly stimulated by her digital environment, the artist pays particular interest to the natural contemporary Quebec lands­cape and its heritage markers and archives. She draws her raw material from photographs, screen captures, and even (graphic) accidents found on the Internet, which she uses to create online work.

Stéphane Archambault is a multidisciplinary artist who graduated from the National Theatre School of Canada in 1995 and specializes in interpretation, writing and singing. Since 2013, he has been hosting the Vraiment Top program on Ici Musique. Stéphane Archambault is a founding member and singer-songwriter with Mes Aïeux, a band that has produced six albums of music mixing genres over a foundation of traditional music, and has won numerous Félix music trophies since 1996. For Pröspect, he wrote 120 verses inspired by the McCord Museum’s digital archives. 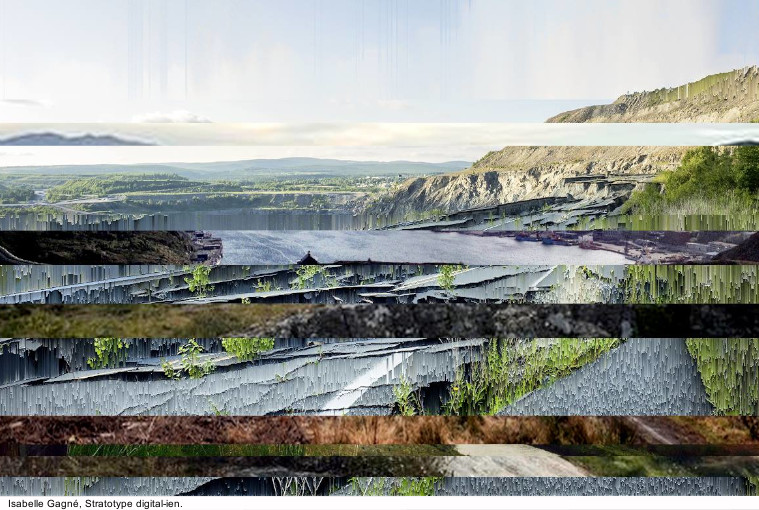 This creative developer specializes in software development, web programming and integration. Paul Gascou-Vaillancourt has worked on several art projects, including Stratotype Digital-ien by Isabelle Gagné, LabàLab for the CQAM, and Matriciel for Perte de Signal, as well as several creative projects for TOPO, a Montreal artist center and digital writing lab.

The McCord Museum Photography collection encompasses over 1,317,610 photographs that prima­rily document the social history of Montreal, as well as that of Quebec and Canada. From a series of daguerreotypes created in the 1840s to modern digital images, this collection illustrates the evolu­tion of photographic arts as well as the great transformations that the city has undergone over the last two centuries. The Notman Photographic Archives constitute the heart of the collection with some 450,000 photographs from the Montreal studio founded in 1856 by William Notman (1826-1891) and run by his sons until 1935 under the name Wm. Notman & Son. 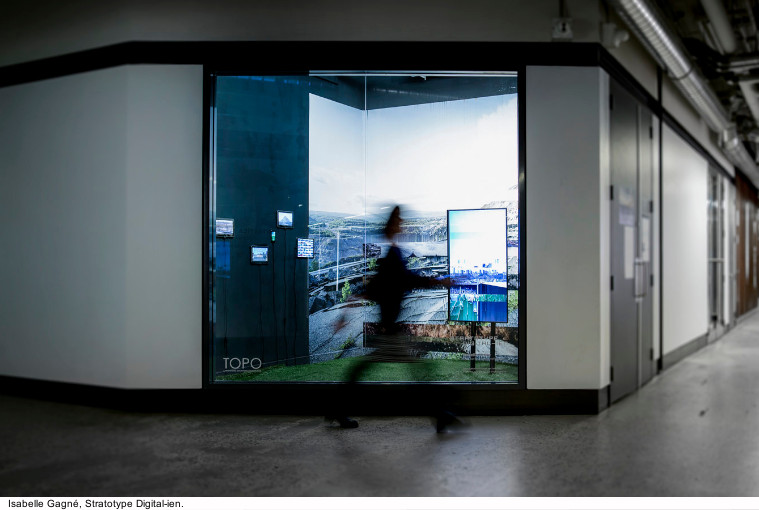 The McCord Museum is the museum of all Montrealers, a social history museum that celebrates life in Montreal, both past and present—its history, its people, and its communities. Open to the city and the world, the Museum presents exciting exhibitions, educational programming and cultural activi­ties that offer a contemporary perspective on history, engaging visitors from Montreal, Canada and beyond.

It is home to over 1.5 million artefacts, comprising one of the largest historical collections in North America, organized into the following departments: Dress, Fashion and Textiles, Photography, Indigenous Cultures, Paintings, Prints and Drawings, Decorative Arts, and Textual Archives. McCord Museum: Our People, Our Stories.