Producing Futures: An Exhibition on Post-Cyber-Feminisms

In the group show Producing Futures—An Exhibition on Post-Cyber-Feminisms, the Migros Museum für Gegenwartskunst surveys the causes championed by feminists in the post-internet era. Our virtual and real lives are almost inextricably interwoven today. Yet contrary to the heady proclamations of the cyber-feminists of the 1990s, cyberspace has not evolved into a realm of unclouded liberation and self-empowerment; it has also served to reinforce existing hierarchies and power structures.

The exhibition revisits the cyberfeminist movement’s historic aspirations and visions, contrasts them with the contemporary situation, and inquires into ways in which its ideas may still be productive. The presentation accordingly undertakes a critical engagement with different feminist approaches that turn the spotlight on the tension between body and technology and on discriminatory gender norms. 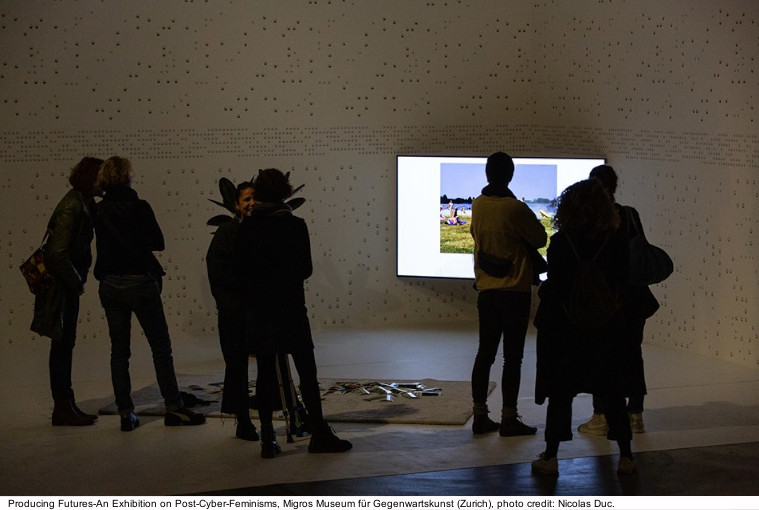 For instance, the contributing artists reflect on and defamiliarize the offerings of various online platforms in order to further blur the boundaries between the virtual and real, the online and offline domains as well the genders. Many of the works pursue a holistic view, drawing on (medical) science, the occult, and other fields to stimulate a more comprehensive discussion and generate ideas for a livable future of emancipation, gender justice, and social equality.

How does one break free from social structures, including sexism, racism, and classism, that rest on a normative epistemological dispensation from which there seems to be no escape? The American biologist, philosopher of science, and literary scholar Donna Haraway has proposed an alternative model of knowledge formation, a strategy she calls SF.

The abbreviation, which can stand for “science fiction,” but also for “speculative feminism,” designates a practice defined by the entanglement of diverse reflections and considerations, of the factual and the fictional, an open invitation to embark on intellectual experiments in which speculation emerges as a valuable breeding ground for innovative visions of the future. 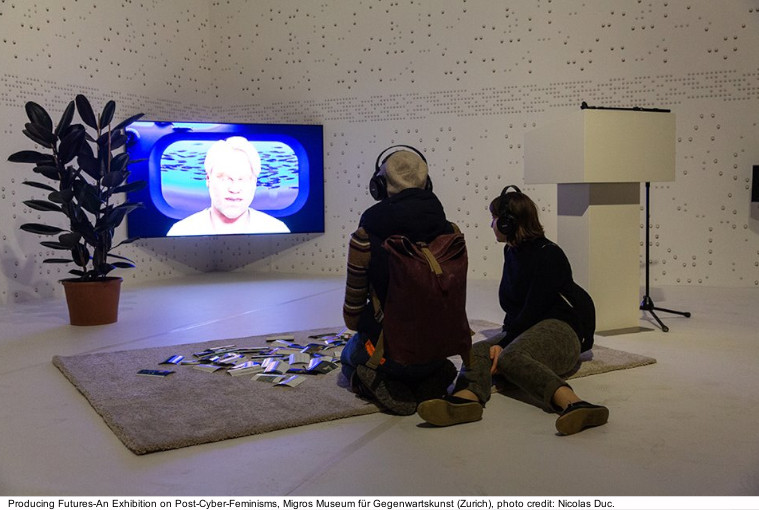 It is this way of thinking and set of ideas that the exhibition Producing Futures—An Exhibition on Post-Cyber-Feminism seeks to unfold. With works by VNS Matrix and Lynn Hershman Leeson, pioneering explorers of the internet’s possibilities in the 1990s, the exhibition looks back on the early days of cyberfeminism.

Almost three decades later, it is high time that we rethink the issues they first raised; the need to develop a more deliberate stance on the online sharing of personal data as well as the inexhaustible flows of images catering to entrenched (and often sexist) clichéd role models is one main emphasis of the exhibition. It is most explicit in Wu Tsang’s video installation and the sculptures of Guan Xiao and Anna Uddenberg, who confronts us with an unsparing exposition of the prevailing idea of femininity.

Gavin Rayna Russom, too, appears to be convinced of the need for an individual as well as collective reimagination of femininity—her sprawling installation proposes a fresh vision of womanhood as a malleable and queer gender identity. Similarly, Juliana Huxtable makes art in which gender dichotomies are obsolete, and so is the human-animal distinction. 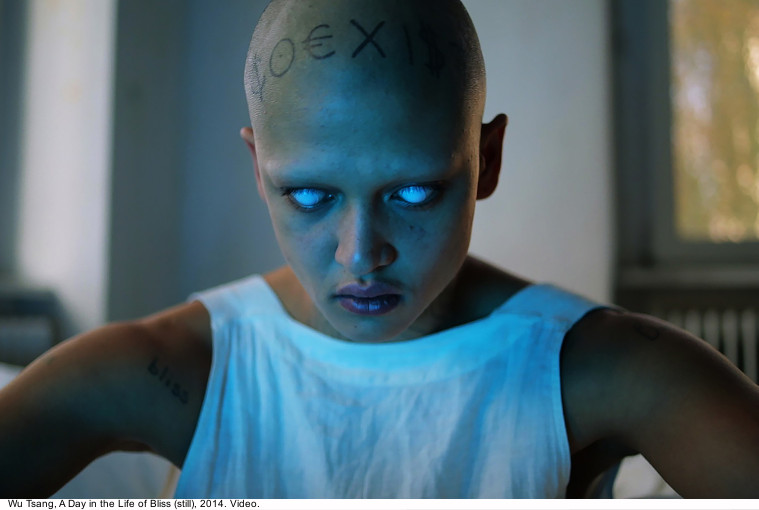 Shana Moulton analyzes the pressure we put on ourselves in our relentless pursuit of perfection with canny irony in a video installation that probes her own neuroses. Her New Age-style spiritualism bears some resemblance to the holistic reparative practice sketched by Tabita Rezaire and the artist duo MALAXA (Alicia Mersy and Tabita Rezaire).

Both make art that seeks to break the silence over contemporary injustices as well as the iniquities of the past to initiate processes of healing. Anicka Yi visualizes the fierce patriarchal resistance that female empowerment and the prospect of women building strong networks can prompt. Inspired by insights in cutting-edge biotechnology and genetics, her tent sculptures consider feminist concerns through the lens of science while also reflecting on the normative authority of science and its exponents.

The artist Mary Maggic counters the power imbalance between scientists and laypeople with her tutorials on “estrogen hacking,” a kind of DIY science. Where Maggic’s guidance refers to physical space and the bodies beyond the screens, Cécile B. Evans’s video launches a more general inquiry into the idea of embodiment in light of the reality that we share cyberspace with a multitude of digital beings. 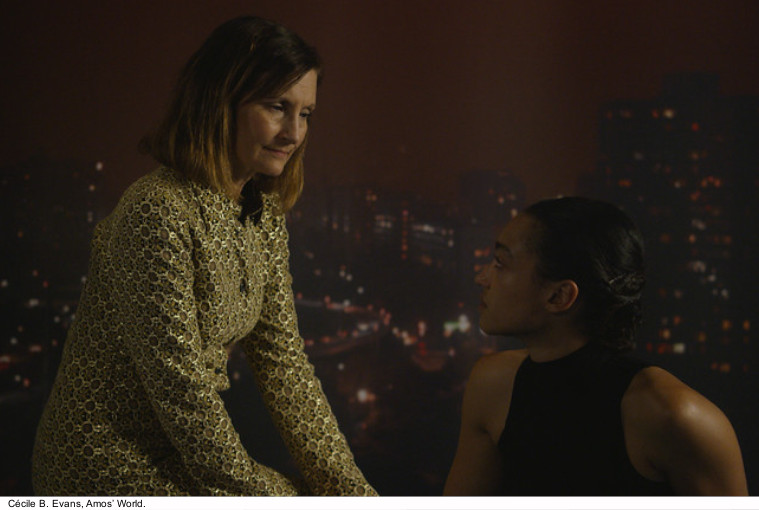 Such examination of the significance of bodily existence goes hand in hand with a meditation on closeness and affection, as Cao Fei’s and Frances Stark’s videos demonstrate. They highlight the internet’s character as a field for experimentation with the self and reveal the ways in which online games and Chatroulette fundamentally alter the subject’s experience of his or her identity.

What ultimately unites these diverse artistic positions is the shared endeavor to establish gender and identity as open, performative, and therefore always temporary constructions.