Has The Exhibition Started Yet?

There’s not a lot of things we can imagine that doesn’t include a frame. As soon as we need to stabilize, delimit, or understand something physically and symbolically, we humans seem to have the need to compartmentalize it. We usually start framing this new element through language by giving it a name, to create its existence and share it with our community. May it be “spoon” or “unicorn”, we create a neologism moulded on the lexicon we already possess. When the conceptual frame is set and understood, the empirical one steps in. Glass box, gilded frame, metal cage or digital screen are some of the many ways we give the object its value, in the broad sense of the term.

The more important the object is, the more frames it has and the bigger they are. Art, in this aspect, is one matryoshka-like frame maker: an image is framed on a piece of paper,which is then framed, put in a space surrounded by cartels giving the name, date and medium of it, looked upon by gallery staff or by museum security guards, in a thematic room, inside an institution or art gallery complex, etc… But what does the process of framing implies for the viewer’s role? And how does new media interact with this?

Jacques Derrida approaches the frame or parergon as something that helps the work become an artwork. It is a made-up context that neither makes nor destroys the piece, but stabilizes it in relation with its viewers[1]. While working as a container for the artwork and an autonomous entity that can be hanged on any wall, this support helps us see what we define as Art. For him, a title, an explanation, a comment, a signature or anything that metonimically brings information about the artwork enters the definition of the parergon. I mean, if it is written Dali on the cartel and on the painting it must be a Dali, right? At first, this idea seems to be an obvious statement but the problem with this reasoning is the object-oriented vision of the author. 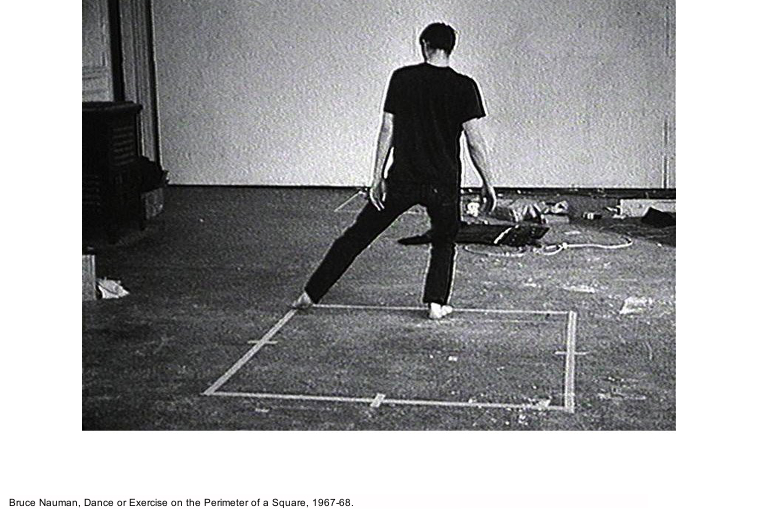 Works of art are not the product of conceptual particles surrounding an object, but individuals creating them. The state of an artwork to be and its justification is most of the case (if not always) a peer-reviewed undertaking. Way before any artwork enters a museum, the process of debating its value, cultural or monetary is in march through exhibitions, catalogue reproduction and marketing. The artist that now all-encompassing system of marketing/making/promoting/writing is the first to push this procedure onto the artwork so as to be incorporated in the art world.

We can just think of Bruce Nauman‘s famous quote to see that; “If I was an artist and I was in the studio, then whatever I was doing in the studio must be art.”[2] Website, CV, press-releases, portfolio, and installation shots are all a traceable mark of “authenticity” that cultural and commercial institutions depend on. But that doesn’t stop there. Let’s take the previous Dali example: on his death bed, Dali was known to have signed blank sheets of paper for prints in the thousands[3], which then lead to an amazing confusion in his market between originals and  counterfeits, even as of today.

So when viewers are in front of one of his prints, at a museum or gallery, you can be sure that a plethora of specialists have already verified, tested, over-checked, dated and approved the work’s provenance and authenticity. Or they just want you to buy it. The Derridian frame sees the elements surrounding any artwork as the process to understand it, when in fact they are the result of it, as the odds are already set. But we haven’t answered the initial question about the viewers’ role in the framing process. 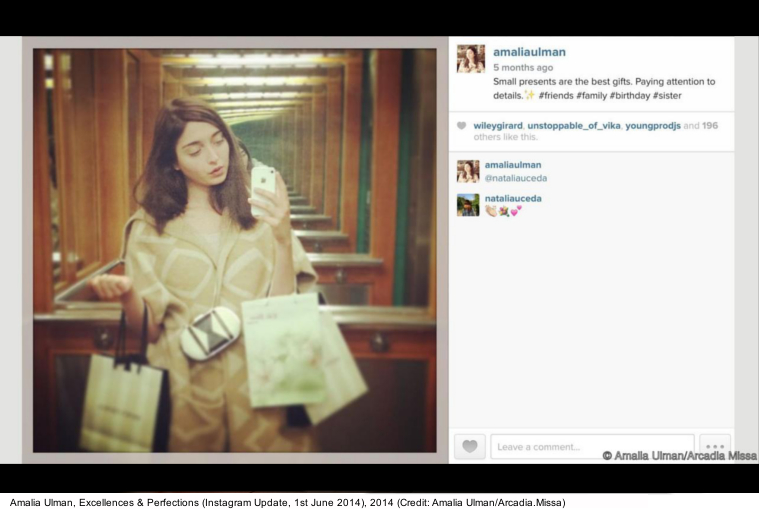 With Derrida’s vision, viewers are included in the process of framing. They absorb the knowledge given by these extensions that justifies the piece, which in returns reassert their own position in the museum. Visitors are the goal of all this construction; artistic referents are squared[4] so as to be approached, understood and, in the end, shared  by them with their community. With the philosopher’s vision, we can easily assume that without viewers, the whole art system would collapse or that at least it would fall into oblivion. Though as we have seen it’s a systemic process. Artist, curators, collectors, researchers and cultural workers have helped the work gain its status inside and outside the exhibition space.

So by interacting with the space and the works in it, visitors merely propagate what the art world has already shaped and accepted as a “truthful vision” of the work. The dice are cast and the table is full, so there’s only one place remaining for the visitor: a seat at the back.  Because of this, the general public loses any type of power and then transforms into mere capital that funds directly the knowledge it will consume. In the end, museum security guards were not there for the works’ safety, but to make sure we paid our tickets and wouldn’t cross the line.

“But what about new technologies? Hasn’t the Derridian frame found its place there?” you might say. It’s true that with the rise of web 2.0 and media platforms such as Youtube, Facebook, Snapchat, and Instagram, the role and power of viewers has changed. These digital parergons are processes that stabilize content while indirectly telling you: “here you will find videos of what you want: cats, DIYs how-tos, and everything about John Coltrane” or “here you can find all your friends’ vacation pics” or even “Don’t want to read anything? Here are a bunch of images!”They are receptacles for culture in the broadest sense of the term while leaving the task of choosing to users. 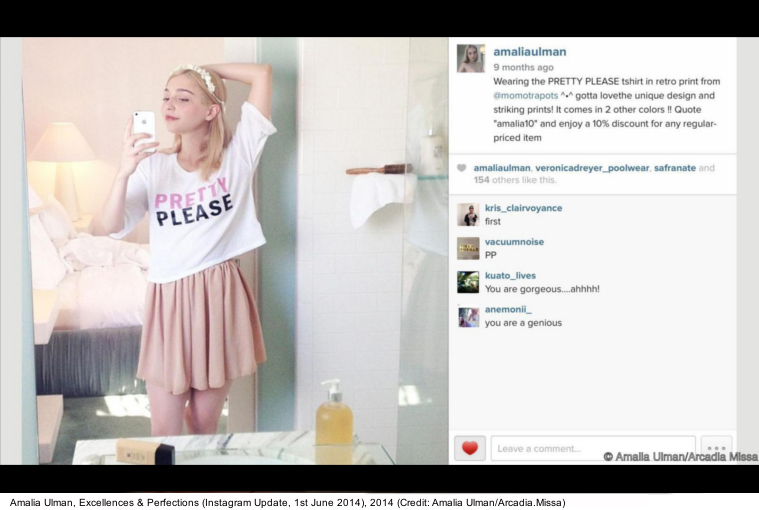 Spectators not only absorb the knowledge given, but they actually help promote what they like through sharing, reposting, or commenting, influencing at the same time the content-makers’ next post. For artists, it cuts the middleman as only they curate their account, and have in theory the same chances to be successful as a make-up artist, a travel blogger or a gallerist’s pomeranian. The chosen accounts then become valuable; quantified by likes, views and reach, all of it becoming at one point or another monetary.

One good example of this would be Amalia Ulman‘s series Excellence & Perfection, where her Instagram became not only a space for performance but also her trademark as being THE artist of this platform. These digital stars are to these frames what famous paintings are to private museums, thanks to viewers like you. On the surface it seems we’ve solved the matter: Derrida 1 – System 0. “We just need to stay on the Internet to be heard!” you might say. But one problem remains; we forgot algorithms. These tools incorporate individuals so as to generate profit through their audience.

Freedom of choice and variety in the content are now being carefully curated through the algorithmic aspect of the frame, so as to maximize the user’s experience. We don’t need to look really far; how many times the frame has recommended us things that we’ve already heard or seen over and over? Viewer’s voice now echoes and comes back to it with a slightly different tone so as to contain it. And when I said “maximize” I meant hold the attention as long as possible so as to insert a 6 seconds ad. The reason why we don’t pay for what we watch is that someone does for our presence and someone else gets paid for it. Moreover the frame now calls you, it conditions you into looking at your phone every time you hear a ringtone, even if you know it isn’t coming from yours[5].

Notifications, recommendations, and the adrenaline doze delivered by every “likes” are ways for this digital parergon to keep the viewer inside it. The frame has now become an annex to our body, lodged in our unconscious so as we never stop interacting with it.  The parergon is still present on the surface, like a cosmetic mask, while at the same time in the background is recording, analyzing and quantifying every movement for a third party to buy later on. As Tony Bennett has shown with museums[6], these frames position viewers at the center so as to examine them better, and in the digital realm it is also their way to pay their ticket. 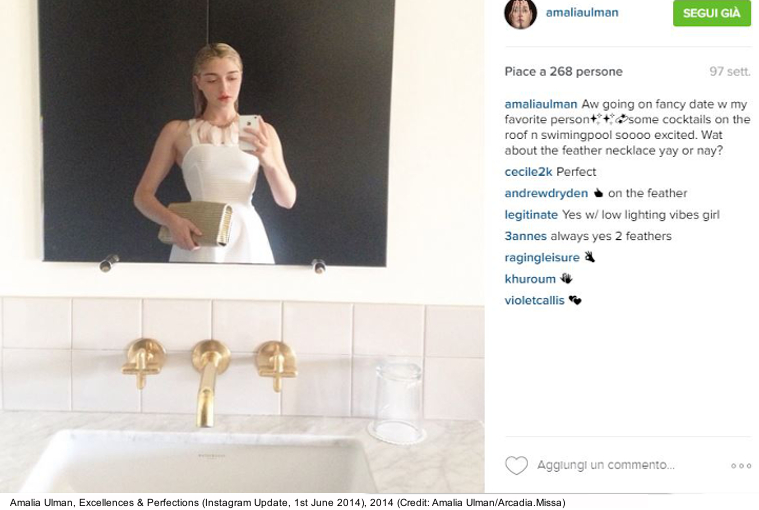 Every corner of this new parergon, the guards are looking at us looking at cat video compilations. In the same way, these applications are an “architecture that would operate to transform individuals: to act on those it shelters (so as) to make it possible to know them, to alter them”[7]. In the end, the digital frame analyzes and moulds the viewers’ behaviour, leaving them wondering “has the exhibition started yet?”