Eva & Franco Mattes “What Has Been Seen”: a reflection on our networked condition

With humour and irreverence, Eva & Franco Mattes dissect, test, and redefine the boundaries of art and the Internet. Since the mid-1990s, the artistic duo has probed and engaged with the way contemporary societies have shaped the networked world and, perhaps more importantly, how it has shaped us (people and social relations).

Further, their work contains the aliveness of the Web: masses of anonymous online users copy and edit online images, texts, and videos, and then channel them back into the Internet in what could be called a new Web folklore; such aliveness of both practices and content fuels the artists’ work and lends it a critical proximity to the materials and subject matter they explore.

Eva & Franco Mattes’s work is overtly political, engaging with issues like content moderation, practices such as “life sharing,” and our feelings and reactions as we watch and share. Curated by Erandy Vergara, this exhibition includes works that engage with Internet content such as Ceiling Cat (2016), a sculpture based on the popular LOLcat meme of a cat peeking through a hole in a ceiling. 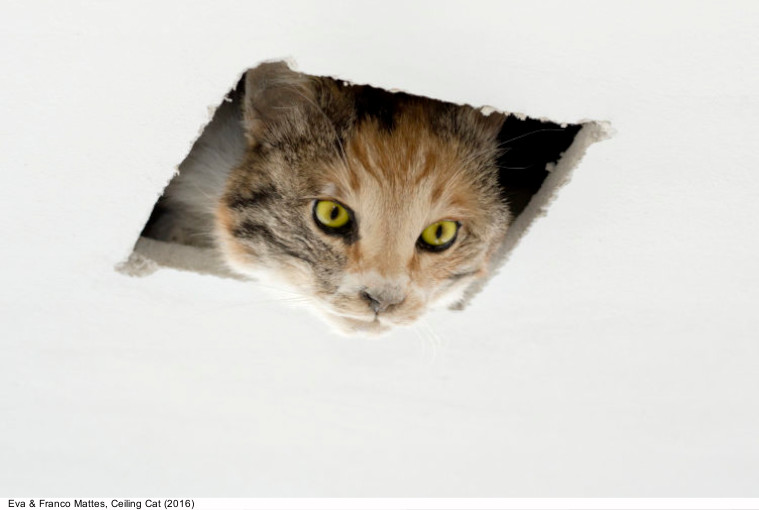 The meme is usually accompanied by a caption: “Ceiling cat is watching you…” In the artists’ words, Ceiling Cat is like the Internet itself: “cute and scary at the same time” – a tension at stake in this and other works in the exhibition. More scary than funny, perhaps, is Dark Content (2015) a work based on more than a hundred interviews the artists conducted with anonymous Internet content moderators. Based on real testimony, Dark Content consists of a series of video installations in which computer-generated avatars recount the often-dramatic stories of Internet content moderators.

Personal Photographs (2019) renders concrete what we often assume to be immaterial: data. In this case, the information, which passes quite literally from the second to the third floor of the Phi Foundation, is all the photographs the artists took in January 2012. In this work, Eva & Franco Mattes continue their “life sharing” tradition – except that audiences do not encounter any of the artists’ 239 images. What they do encounter, instead, is an array of modular units of cable trays and wires, which snake and meander throughout the exhibit.

The exhibition also features two works that examine feelings and reactions relating to what we do online. My Generation (2010) consists of a series of webcam videos of videogame players experiencing crises and violent outbursts as they play. The video plays on an old computer, which itself appears to have been smashed up by some frustrated young gamer.

Emily’s Video (2012) presents 20 minutes of viewers’ reactions to a video that we cannot see but which seems as though it must be quite shocking. To create the piece, the artists posted an online call soliciting volunteers to watch a horrible video, which the artists had found on the Dark Net. A woman named Emily then visited the participants in their homes and showed each of them the mysterious video while recording their reactions with a webcam. 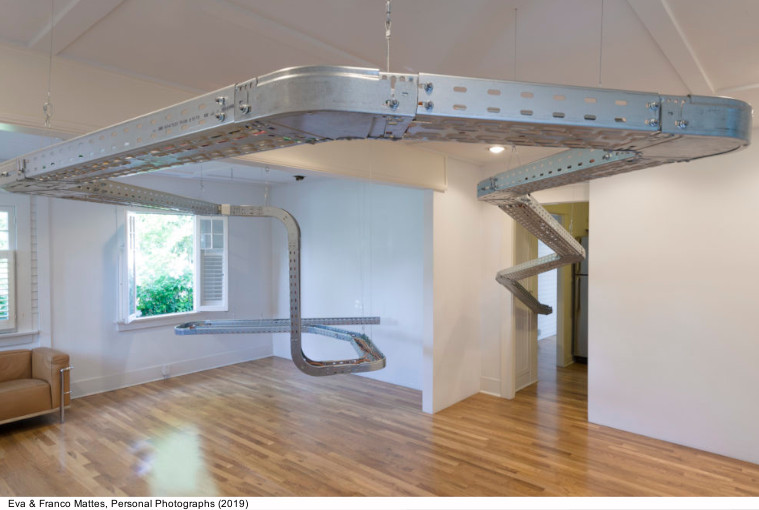 Also inspired by a LOLcat meme is What Has Been Seen (2017), wherein a taxidermied cat sits atop a microwave that contains an erased hard drive. The work asks: can data really be deleted? From our hard drives? From our memories? The axiomatic adage “what has been seen, cannot be unseen,” which appears frequently on the Internet, commonly relates to viewers’ reactions to disturbing content and, more precisely, to a mental image that a user cannot efface after having witnessed a startling or shocking video or photograph.

The title What Has Been Seen traces a link between this work and others in the exhibition in which seeing, being seen, and reacting to what one sees comprises a constant negotiation. The works of Eva & Franco Mattes presented here invite us into this negotiation and occasion us to reflect on and respond to our contemporary networked condition. 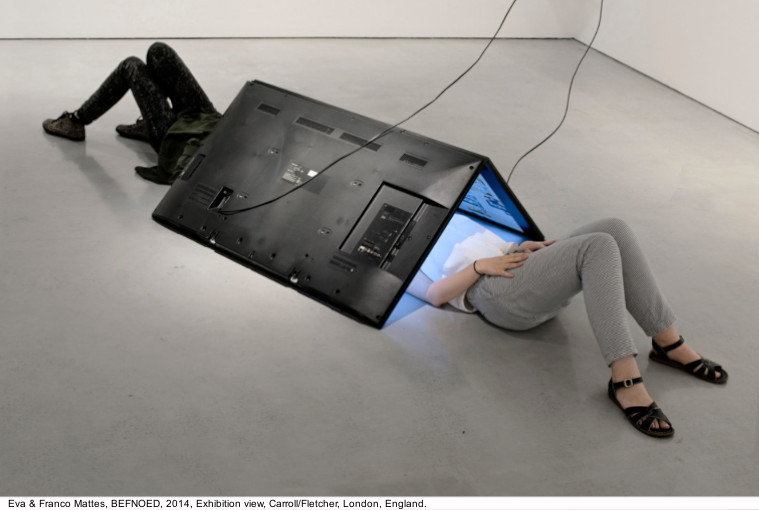 Erandy Vergara is a curator and researcher based in Montreal. Her main research interests include feminism, global art histories, curatorial studies, and postcolonialism, with a particular interest in remix cultures, artificial intelligence, and the ethics and aesthetics of participation. She holds an MA from Concordia University and a PhD in art history from McGill University. Recent shows include: Speculative Cultures: A Virtual Reality Art Exhibition, curated with Tina Sauerländer (Anna-Maria and Stephen Kellen Gallery, Parsons School of Design, New York, 2019) and Art et intelligence artificielle: Explorations artistiques à Montréal (Printemps numérique, Montreal, 2019).

Established in 2007 by Phoebe Greenberg, the Phi Foundation for Contemporary Art, formerly known as DHC/ART, is a non-profit organization dedicated to the presentation of contemporary art. Housed in two heritage buildings located in the heart of Old Montréal, the Foundation offers programming that has met with critical acclaim both at home and around the world. Each year, the Phi Foundation presents two to three major exhibitions, a series of public events, special collaborative projects and a forward-thinking education and public engagement program. International in scope yet responsive to the Montréal context, the Foundation’s programming is offered free of charge to reinforce its commitment to accessibility, while fostering discussion on how contemporary art is invested with the topics and ideas that reflect and touch our everyday lives.