The exhibition Edge of Now – Three Rooms is a joined project by Nam June Paik Art Center of South Korea, the Chronus Art Center in Shanghai, and the ZKM | Karlsruhe to foster cultural exchange between China, South Korea, and Germany in the area of media art.

The exhibition presents works by Chinese artist Yang Jian, South Korean artist Kim Heecheon, and German artist Verena Friedrich. The three artists, nominated by an international panel of experts and selected by the three collaborating institutions, reflect in their works how societies deal with contemporary technologies and media at the intersection of analog and digital practices. 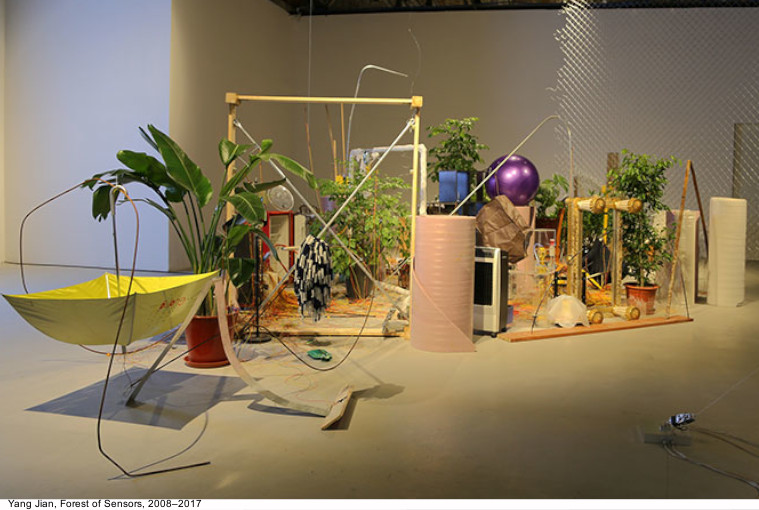 After the Nam June Paik Art Center and the Chronus Art Center, the ZKM is now showing this exhibition, which presents how young artists from China, South Korea, and Germany react today to a world where algorithms have become a fundamental element of our social order, and where media experience has become the norm for all aesthetic forms of expression.

The many and diverse interactions between human culture, natural environments, and global technologies has brought forth a new reality in which the dividing lines between subject and object, online and offline are increasingly blurred.

The Chinese artist Yang Jian (born in 1982), who lives in Nanjing, studied at the Art Academy of Xiamen, followed by a scholarship at the Rijksakademie van beeldende kunsten in Amsterdam, the Netherlands, focuses in his works on technological innovations and their effects on society, and the complex relationship between human and machine. 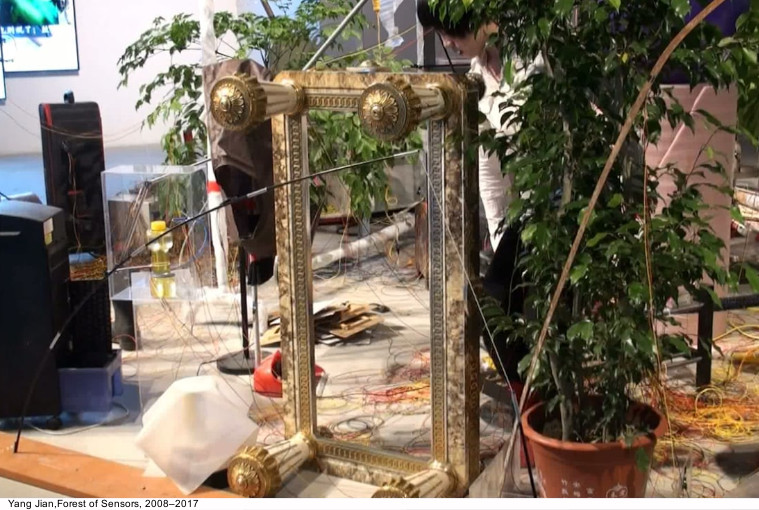 Because of the significance of digital technologies for all aspects of human life, he is interested in how people deal with new developments in technology, and the human ability to adapt to the conditions of the digital age.

For his installation Forest of Sensors (2008–2019), Yang Jian constructed an extensive parcours with old furniture, plants, and other objects from the ZKM’s holdings, which are all equipped with sensors that trigger an alarm when touched, and in this way draw attention to the fact of control and surveillance—both in physical and digital spaces.

In his work Wi-Fi (2013), dozens of repetitive questions and messages appear on the cellphones of visitors, who are connected to the ZKM’s WLAN network; with these, the artist directly addresses the visitors and questions their adeptness in dealing withwork. 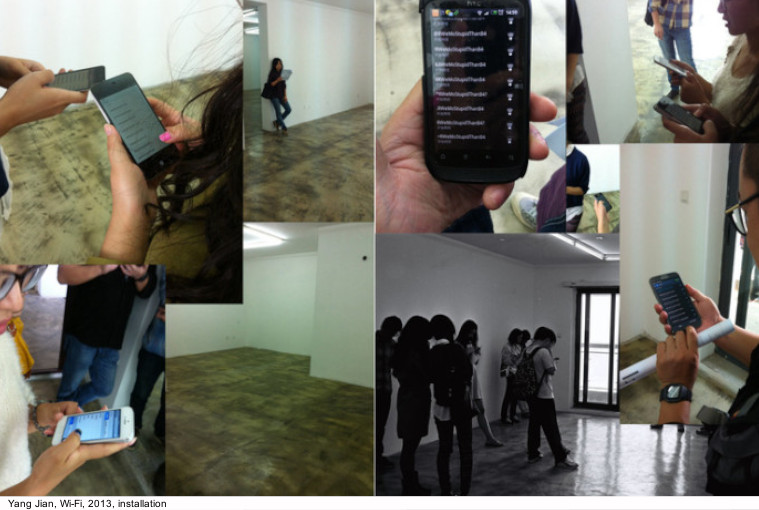 The artist Kim Heecheon (born in 1989) first studied architecture at the Korea National University of Arts, before he rose to fame with his video works, becoming one of the best-known protagonists of the so-called post-Internet generation in Korea.

In his works he engages with the perception of space and time in virtual and physical realities based on his own life experiences and with the rapid pace of change in South Korean society through the process of digitization. Three works by Kim Heecheon are presented in the exhibition: Lifting Barbells (2015), Sleigh Ride Chill (2016), and Every Smooth Thing through Mesher (2018) in which pictures of Seoul, 3D renderings and sequences from video games with the aesthetics of virtual reality and augmented reality worlds fuse into post-apocalyptic video essays.

The design of the videos reveals how the artist grapples with the hybrid forms of thought and perception resulting from an experience of reality that is shaped by digital technologies, in which the key to the world lies in being online at all times. 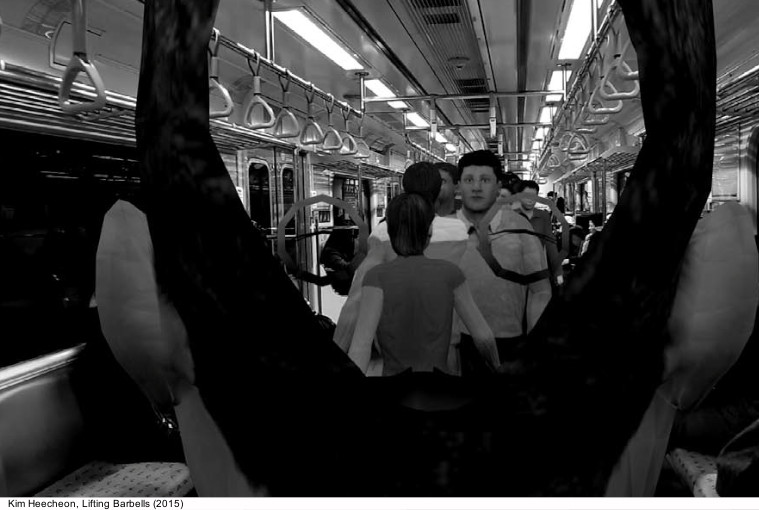 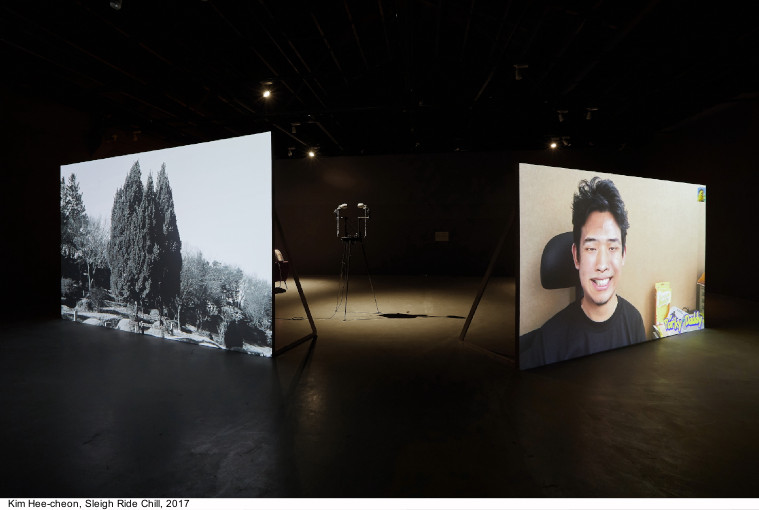 Cologne-based artist Verena Friedrich studied at the University of Art and Design Offenbach, the Academy of Fine Arts Vienna, and the Academy of Media Arts Cologne, where she is currently a research assistant for DIY technologies, BioArt, and EcoArt. Organic, electronic, and sculptural media all feature in her time-based installations. Theoretical research and practical experiments are the basis of her artistic work.

Using technical equipment she investigates biochemical materials as information carriers and creates physical and chemical systems in which transience and time, as well as science’s attempt to overcome them, are put on display in a poetic way. In her installation THE LONG NOW (2015/2016), a soap bubble is stabilized by technical apparatus to extend its lifespan for as long as possible.

In this artificial environment the soap bubble can be kept “alive” for up to one hour; nevertheless, its lifespan remains unpredictable and unstable due to environmental factors. As a classic vanitas motif, the soap bubble references current scientific endeavors to use methods of molecular biology and genetics to slow down the aging process and ultimately, to overcome death. 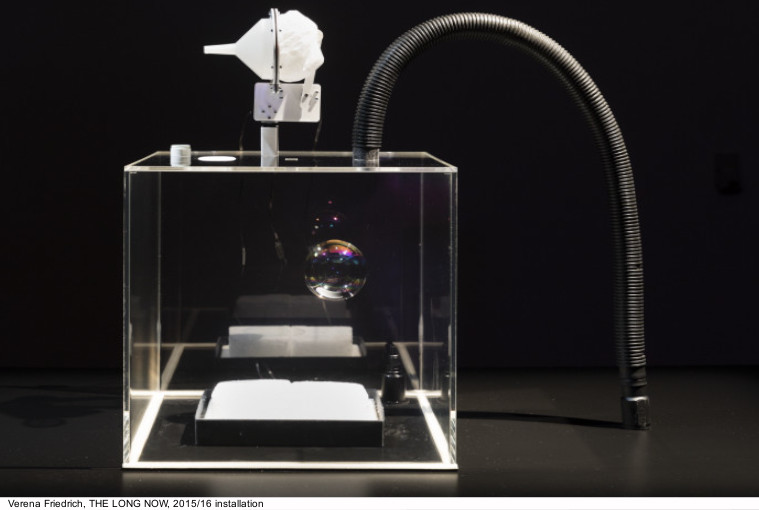 In an exemplary way Verena Friedrich’s works expand our view and perception of technologies and media and, like the works by Yang Jian and Kim Heecheon, contribute to exploring new and future-oriented potentials of the arts.

Edge of Now is part of a series of exhibition and collaborative projects in which the ZKM, since its foundation 30 years ago, has engaged intensively with the many and diverse art scenes of Asia. Besides presenting Asian art in Karlsruhe in exhibitions such as Thermocline of Art. New Asian Waves (2007), Move on Asia (2013), New Sensorium (2016), and Datumsoria: The Return of the Real (2017/2018), in recent years the ZKM has been increasingly present in Asia itself with exhibitions such as Games and Politics (a collaborative project with the Goethe-Institut), Open Codes, and Art in Motion. 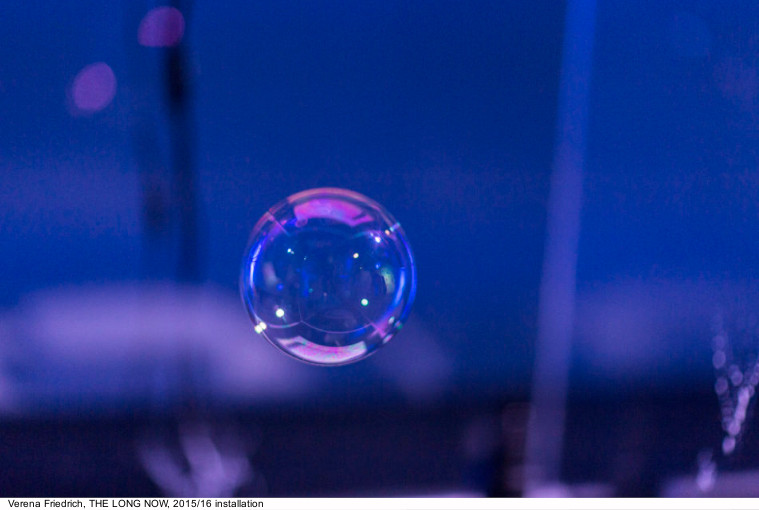 With Edge of Now the ZKM’s long-standing relationship with Asia—as one of the most important regions in the world for technological and artistic innovation—is developed further, and augmented with current trends in media art. A smaller version of the exhibition will be shown from December 6, 2019 to February 16, 2020 at the gallery damdam, the Korean Cultural Center of the Embassy of the Republic of Korea in Berlin, Germany.