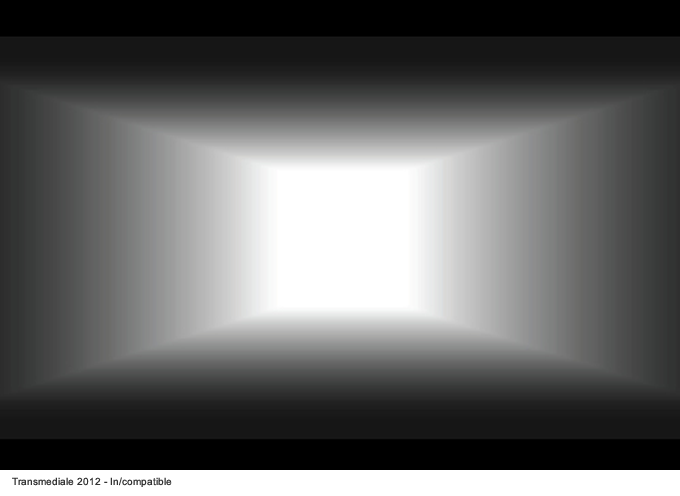 One of the most important and interesting dates during the year for those who are interested in art and digital
culture is definitely the transmediale festival in Berlin, taking place annually in early February.

With the upcoming edition in 2012, the festival will celebrate its 25th anniversary by introducing not only the new Artistic Director, Kristoffer Gansing, but also a new project called reSource for transmedial culture, developed and curated by Tatiana Bazzichelli. The theme of transmediale 2012 will be “in/compatible”, which in various ways will lead the visitors back in time to the very beginnings of the festival and towards the future of our digital age.

According to the online dictionary of the Encyclopedia Britannica, the state of incompatibility manifests when things are “incapable of association or harmonious coexistence” or “unsuitable for use together because of undesirable chemical or physiological effects”.Every day we are confronted and dealing with incompatibilities on a more or less personal level.

Starting from the time we have to get up in the morning as opposed to the time we would wake up without a clock, to the salary we think we should earn for doing our job as opposed to the salary we actually do earn, up to the technologies we feel familiar with and know how to use as opposed to the accelerated changes, improvements and developments that we have to adapt to in order to keep pace with and benefit from technological progress. The list of examples is endless and ranging from very personal and intimate incompatibilities to those concerning society, economy and politics in general.

On the other hand, incompatibility on sociological, economical, technical, cultural, and aesthetic levels has been a driving force of cultural production over the last 150 years. Artists, scientists, researchers, curators, and critics have been instigated by and have contributed to emerging discussions about the incompatibilities humans have been dealing with on many different levels over the years. 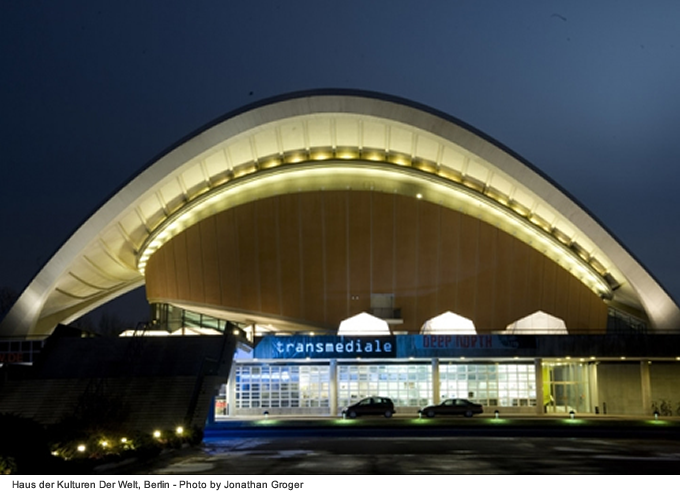 The theme of the upcoming transmediale festival in Berlin, “in/compatible” (January 31 – February 5, 2012), reflects and investigates these two sides of the coin, both the destructive and the productive side of incompatibility as a condition and starting point of cultural production, by posing the question: How do artists deal with the fact that in a world where everything seems to be connected, things continue not to work together?

The different programme-strands of the annual festival will be looking at the consequences and results of the ever more accelerated speed and plurality of technological development, analysing the different directions it is moving towards, and unveiling some of the most interesting, scary, funny and unknown dysfunctions caused by in/compatible technologies:

In the exhibition “Dark Drives: Uneasy Energies in Technological Times”, curator Jacob Lillemose will show a variety of works from artists like 01.org, UBERMORGEN.COM, Ant Farm and Chris Cunningham, that recall our fears, anxieties, and the uneasy relationship we have at times regarding technology.

Furthermore, the performance programme “The Ghost in the Machine”, curated by Sandra Naumann, somehow refers to a darker, sometimes scary side of the digital age – the analogue as the haunting ghost, whereas the video programme, curated by Marcel Schwierin, will combine in/compatible sub-themes and ambiguous pairs such as people and products or past and present. In addition, a two day symposium with various panels, keynotes and artistic interventions will conceptualize in/compatibility by dividing it into three sub-themes – in/compatible systems, publics, and aesthetics – to discuss social, political and cultural connotations of in/compatibility. 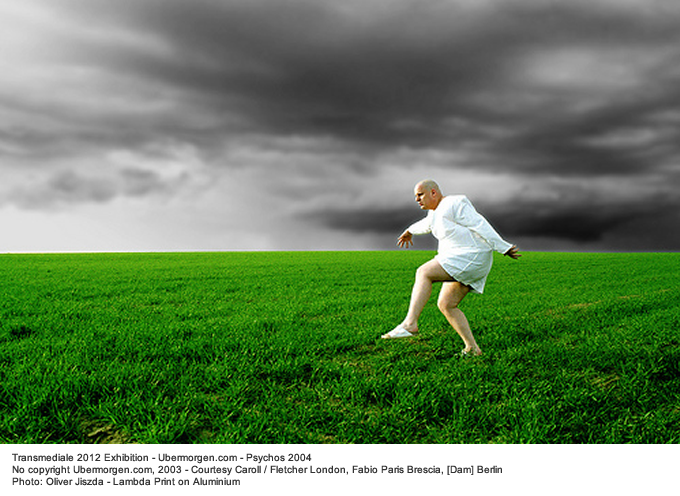 Starting in 1988 as VideoFilmFest, a counter-festival to the Berlinale, Berlin’s official film festival, transmediale has since grown to become one of Europe’s most well-known and important annual events in the field of digital art and culture.

Every year the festival presents and supports the advancement of artistic practice reflecting on the socio-cultural, political and creative impact of new technologies, network practices and digital innovation by presenting a vast range of artistic programmes that give shape to 5 days of festival, which this year will take place at Berlin’s Haus der Kulturen der Welt.

To round up the cultural programme experienced at the festival, transmediale has established a partnership with CTM – Festival for Adventurous Music and Related Arts (taking place over the same period of time in different venues throughout Berlin), which is dedicated to contemporary electronic, digital and experimental music and sound art, including a vast range of artistic activities and social practices that develop within and connect to those audio cultures.

The upcoming transmediale festival will be a special edition. Not only is transmediale 2012 celebrating its 25th anniversary, but also a first birthday: the first edition directed and programmed by Artistic Director Kristoffer Gansing, and the first edition with the new project reSource for transmedial culture, developed and curated by Tatiana Bazzichelli, transmediale’s newest team member since September 2011. In February she will present five days of programme and thus create an additional festival strand to those established in the past. 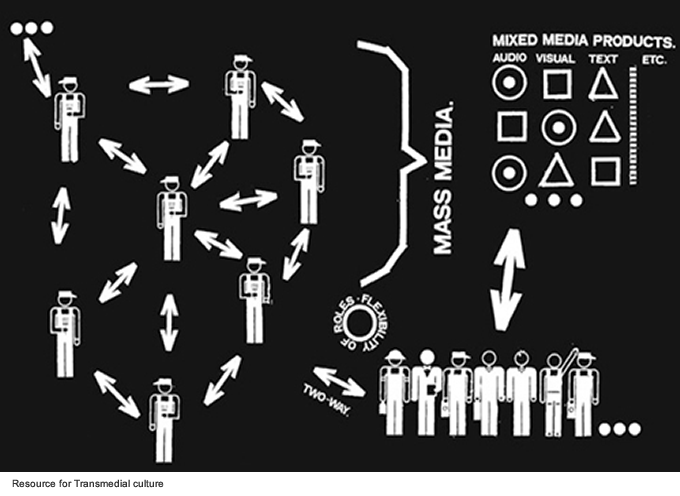 reSource for transmedial culture is an initiative of transmediale to create a new framework for transmediale related projects that happen over the course of the year, trying to adopt an experimental approach (artistic, activist and hacker), involving local and translocal communities. The recently disseminated Statement of Interest (see http://www.transmediale.de/node/20232) explains reSource’s aim to develop a platform for knowledge exchange and research across the arts and sciences in order to expand transmediale’s activity by organising and hosting various exhibitions, workshops and conferences, hence to act as a link between the cultural production of art festivals and collaborative networks in the field of art and technology, hacktivism and
politics.

The formal launch of reSource for transmedial culture will take place at the festival in February, together with some of the partnerships that have been and will be established throughout 2012, but informally the project was already baptised in November 2011:

Three days of intense workshops and conferences with an international group of PhD-students, artists,
researchers and lectures took place at the Universitat der Kunste in Berlin on November 16 – 18. The event was organised by the Digital Aesthetics Research Centre/Centre for Digital Urban Living at Aarhus University in Denmark in collaboration with reSource/transmediale – one of the first partnerships of reSource with the aim to foster new forms of collaborative peer-review and knowledge dissemination – and was hosted by the Vilém Flusser Archive, Universitat der Kunste Berlin.

Entitled“in/compatible research”, the thematic focus of the workshop and conference was to introduce the theme of the upcoming transmediale festival through a research-based exploration, dividing it into three sub-categories: in/compatible interfaces, in/compatible methods, and in/compatible markets, in order to focus on the unresolved tensions in-between different technologies, their cultures of production and use, as well as the tensions between different approaches to contemporary media culture. 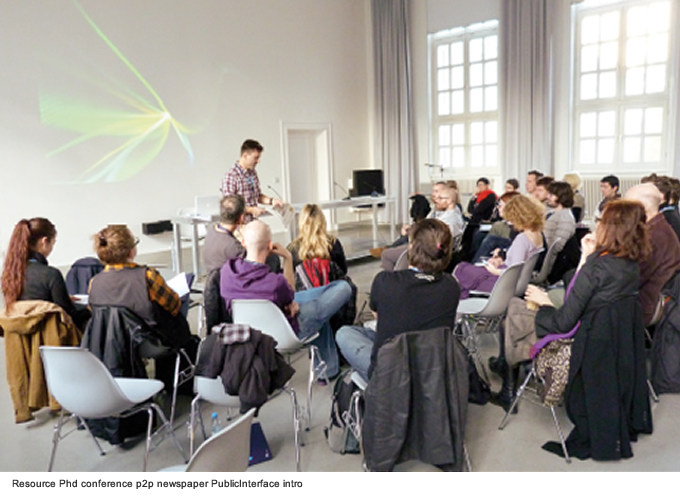 The participants to the workshop, 18 PhD-students from different countries, research backgrounds and disciplines, had been chosen through a call for papers which in some way seeks to explore the compatibility and incompatibility of objects, processes and systems. Before meeting in November and presenting the different research-papers, the students posted abstracts of their papers on a blog and began discussing topics belonging to the same thematic sub-category. The outcome of this process, the workshop and following discussions will be published in a thematic publication of transmediale and will be presented as part of the reSource programme at the 2012 festival.

During the three days of presentations and discussions of the papers (that in the evenings were followed by panels and keynotes with lecturers, artists and theorists including Geoff Cox, Jussi Parikka, Cornelia Sollfrank and Siegfried Zielinski), the participants presented and reflected on a wide range of theories, aspects and issues concerning in/compatibility of interfaces, methods and markets, also analysing their interrelation.

The questions that they were dealing with covered a wide range of topics. Starting with reflections on how socio-technical systems distribute sense perception and relations of power and control as part of the subcategory in/compatible interfaces. Papers regarding in/compatible methods then addressed the role of emergent practice and artistic research methods for understanding and addressing knowledge production and how research methods across the arts and science traditions can be rethought. Finally, as a reflection on in/compatible markets, the PhD students presented papers that discussed alternative economies and business models that emerge in an era of a collapsing distinction between production and consumption.

Here are some examples of the contents and contributions of the papers. Starting the programme and the following discussions by analysing in/compatible interfaces, Gabriel Menotti, an independent critic/curator engaged with different forms of cinema. Currently a PhD candidate in Media & Communications at Goldsmiths College and PUC-SP, he reflected on the incompatibility of the material aspects of audiovisual media and their visual representation. If we are allowed to ask if computers can produce images as sharp as film, why can’t we ask cinema to be as interactive as an Internet browser? 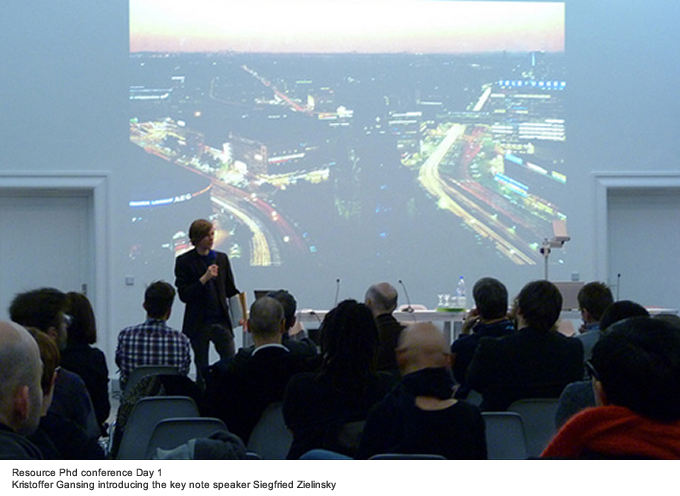 In a performative talk Baruch Gottlieb, a Canadian artist and researcher living in Berlin, introduced technoethical
aspects by addressing the incompatibility between faith in science and a scientific Utopia, and the unfairness and unjustness it causes regarding human conditions in the production process. He underlined the outcome of incompatibility between new technologies and ecology, ending his talk by warning not to trivialise or suppress the extent of collateral damage technological progress is bringing along, especially if looking at certain African countries.

As part of the sub-theme in/compatible methods, Morten Riis, a Danish sound artist and currently joint PhD scholar of Information and Media Studies at The University of Aarhus and The Royal Academy of Music, presented his work Steam Machine Music (2010), a mechanical musical instrument driven by a steam engine, as starting point of his practise-based research. In his presentation he addressed the incompatibility between the use of technology and modern life, making critical comment on the rigidity of modern society, at the same time underlining the importance of incompatibility as stimulus for cultural production, intellectual discourse and theoretical and practice-based research.

Finally, as an example of the analysis of in/compatible markets, Nina Wenhart, a Media Art historian and independent researcher and currently PhD candidate at the Interface Cultures Lab at the Art University Linz in Austria, presented her research in which she explores experimental and speculative approaches to archiving and preserving Media Art, dealing with the incompatibilities between traditional forms and methods of archiving and the special demands and new taxonomies of New Media Art.

After the presentations of all papers – which in addition to those already mentioned thematically addressed additional topics like the history of computer graphics, noise, queer technologies, or financial markets – the participants gathered in a plenary session (open to the public) in order to reflect together on the in/compatible research practices and to discuss the form of presentation of this workshop as part of the festival in February. 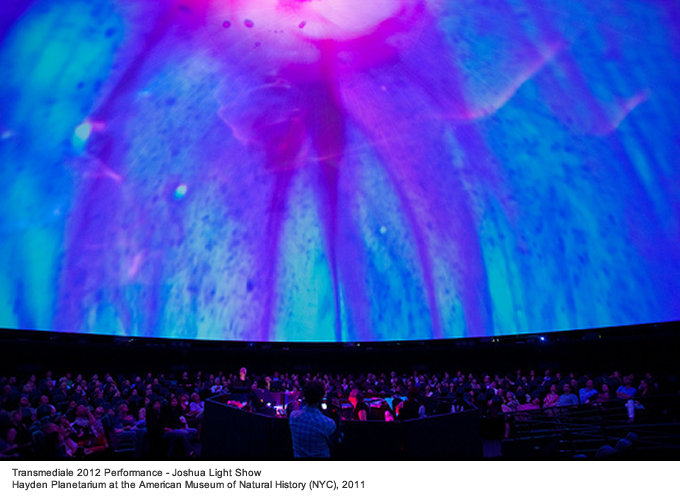 This inaugurating event of reSource definitely captured the spirit of its future events and collaborations: bringing together interdisciplinarity, practise-based research, artistic approaches, local and trans-local point of views, and topics ranging from technological problems, to the need of new taxonomical classifications, to political issues and philosophical analysis of our life in a technological and digital era.

A whole day of the reSource-programme during the festival will be dedicated to this PhD Workshop&Conference and its outcomes; the extended thematic publication will then be presented and available during the festival in February. In the meantime, the blog containing all research papers, the programme of the workshop and the names of all the participants can be found at http://darc.imv.au.dk/incompatible/