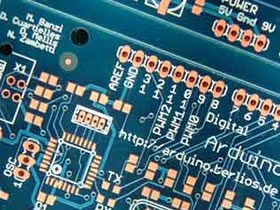 From 12 th to 15 th October , in Bergen, Norway, Piksel festival developed its 6 th edition, intituled HardWare Politics. Piksel, for those who doesn’t know yet what we are talking about, is an international meeting, actually one of the most important, for artists and developers of free software and independent art.

The collaboration of an artist and a programmer, Gisle Frøysland and Carlo Prelz , to prepare a video processing real-time software named Møb became an annual appointment by the unique and marked characteristics. The liberty and sharing of the knowledge are the heart of the festival. It lasts almost a week and attracts people all over Europe, Japan , Canada , Brazil and many others. Days of sharing, there are breakfasts, workshops, dinner and performances during the night.

The lack of physicalness balance the normal coldness in communication that during the year colonize the Net. The Piksel is actually a community, whose primary organs are the mailing lists, indexed on line and free access. It is not a closed community. The discussion are public and considered public utility . Proposing a project gives the opportunity to be selected and participate to the festival, since a couple of years. The access was before by invitation, but the doors were always opened. Piksel is an hybrid under many points of view.

Piksel is a bridge between hack-meetings and artistic festivals. It has the spirit of the first, genuine and of exchange, typical of the community of free software and hacking. From the second, Pixel has the peculiar creative and critic spirit, but even some sub production, as the auto-referential or the promotion-work collateral effect, with or without contraindications. The Piksel has relations with both of these worlds.

The collaboration is the strength that empowered the organizers to create this place and moment of aggregation. The initial enthusiasm make possible the integration of the differences of personality, character and visions of some programmers. The flag of free information and the membership to the same community should have been the glue to the construction of new common platforms with whom make different software communicate.

They so give birth to Livido, a framework to share video effects, Frei0r , similar but optimized for the real-time elaboration, and Videojack , a program to exchange video between different applications. Only Frei0r made success. Videojack and Livido are still in phase of development. The chaotic and anarchic nature of the free software made everything difficult. The free software is a multiform trend, it is not easy to understand and explain in a few words. It could be talked by the politic, technical, ethic or economic but even didactic side.

In this context, we’ll talk about the artisan and “geek” side, the definition for greased hands, haker and sleepless. During the creative phase both artists and hakers try to invent new techniques to control the ambient, in the obsessive aim to realize the object or manufacture. When the schemes brake, new unusual and experimental models born, inventing and discovering new ways to achieve the result. Paul Grahm , an American haker, and Gabriele Zaverio (known as Asbesto) , Italian haker and founder of the freaknet, describe in different context the relationship between art and haking.

Paul Grahm: “Hakers and painters are both creators. Together with the composer, architect and writers, hakers and painters try to create well made objects. They do not make research just to find something, but when they try to do something good they find new techniques, well better!” – “Hacker and Painters”, 2003 Paul Grahm.

Abstesto writes: “We are hakers, this is our way to work. You can hate us or love us, you can even do not understand us. You can understand a painter closed in a room for a week to paint, because it’s an “artist”, but you do not understand us sat three days in front of a PC, even if we are Artists. We don’t care, we’re used to this; we are “the strangers”. We will continue our life as we always did”. – “Chi siamo, Cosa facciamo, Dove stiamo andando, e Perche’?” – Gabriele Zaverio (Asbesto)

Going back to Piksel , the introduction since two years of the exposition, integrant part of the event. If last year the show, dedicated to games, was called No Fun , this year, based on a reflection on the open hardware, the title has been Damage Goods .

Interesting works were Shockbot , video created with short-circuiting the video card, and Milf , a device that promised the emancipation of the identity, demagnetizing the band of the credit card and documents, making sounds out of them. We presented for the first time the first interactive installation called The ball in the hole . Through a sphere, we gave the opportunity to everyone to cancel the projected image of itself on a wall and watch through, discovering the Other. First of all a game, usable and accessible without limitations. Everyone has the possibility to reflect and experiment the capacity of the video to modify the reality, and vice versa. In fact the relation between image and representation is bijective. “The ball in the hole is a sort of loop never equal to itself. So it’s revealed what is behind the real, that mean the reality, fragile and temporary as the paint itself.

The exhibition was accompanied by a varied program of audiovisual performances, lots experimental and original. A mention goes to Pattern Cascade , a sort of acid-techno machine, a live co-djing of processes that modify and destroy each other in 256 bytes of memory. The processes and the memory of the machine are projected during the performance.