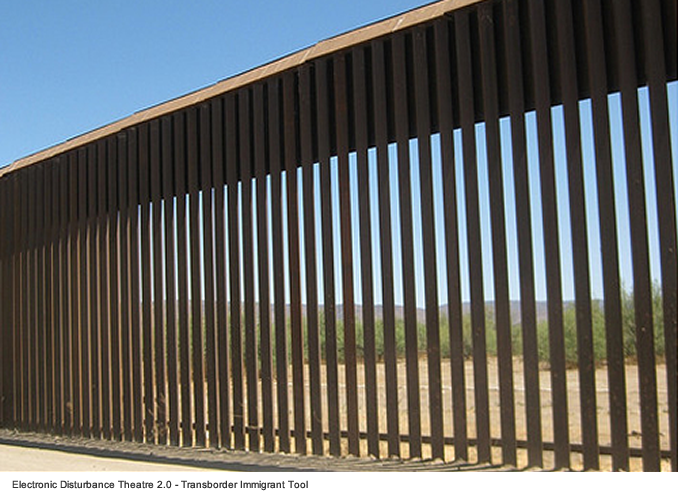 The Electronic Disturbance Theater (EDT) is a small group of cyber activists and artists engaged in developing the theory and practice of Electronic Civil Disobedience (ECD). Until now the group has focused its electronic actions against the Mexican and U.S. governments to draw attention to the war being waged against the Zapatistas and others in Mexico. But ECD tactics have potential application by a range of political and artistic movements.

We are Electronic Disturbance Theater 2.0 – EDT2.0 (http://www.thing.net/~rdom/ecd/EDTECD.html). As a collective, we are already many. As a multiplicity, our goals, hopes and intentions are multiple. Our shared goals include the disturbance of borders: national, gender, genre, disciplinary, fiction/non, through the exploitation and re/performance of technology, poetry and the imaginaries of each. 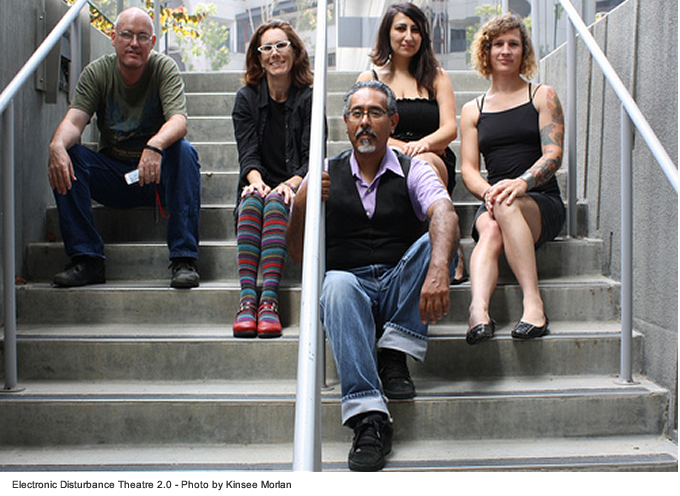 What we have experienced is the weapon of bureaucracy. During all the University actions throughout California in the last months, more than 500 people were arrested for taking part in strikes, occupations and protests at Universities all over the state. They were trying to stop proposed salary cuts, layoffs and tuition increases of up to 44%.

Our own investigation fits into a larger strategy of the university administrators to follow through with investigations and trials in order to drain energy and distract the focus of the movement. With occupations of buildings, freeways, libraries and chancellor’s offices all across the state of California, (including a short occupation at UCSD that was cut short by a group of so called “organizers”) the administration had to put all it’s resources into stopping the momentum.

What we have accomplished is what much good performance art does, to reveal the unseen dimensions of power. 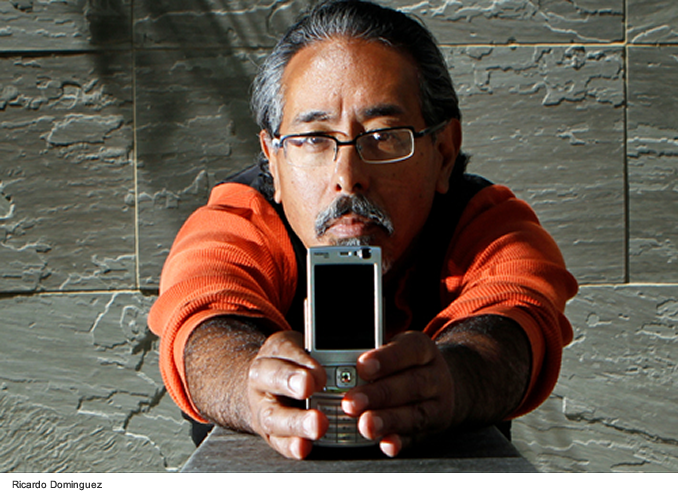 Ricardo Dominguez‘s part in this performance reveals a number of intersecting threads. Dominguez is tenured faculty in visual arts who earned tenure for developing the practice of Electronic Civil Disobedience: he was under investigation attempting to remove his tenure, into the legality of a virtual sit-in against the Office of the President of the University of California, Mark Yudof, and another investigation focusing on an adjunct faculty member at UC Riverside, Ken Ehrlich, into the legality of a site with a minor simulation of Mark Yudof’s resignation.

The focus on Ricardo Dominguez was, in my opinion, was motivate by two factors: 1. he was mistakenly seen as the head that could be cut off, and 2. the loss of a tenured faculty in visual arts would have ben devastating for the struggle against the precaritization of knowledge workers. The death threats as well, I would rather not admit, did cause some of us fear. As queer and trans women, as people of all colors and abilities, as lovers, children, parents, we had to be conscious of their physical safety every day, and threats against our physical safety did not go unnoticed. As well, the threat of the FBI knock and invasion of our personal space did not escape our minds either.

Now, we are reborn as Electronic Disturbance Theater 2.0 – EDT 2.0. We have resumed work on the Transborder Immigrant Tool (some videos here: http://vimeo.com/6109723) with new exhibitions and new writing and a path towards deployment to users. The struggle for education around the world continue to provide us with inspiration, as does the desire to stop the continued deaths of those dying in the struggle to find a new life across national and gender borders.

The Transborder Immigrant Tool is a project aimed at buying used Motorolla cell phones and installing a piece of software that we wrote which allows the user to access the GPS signal without having cell phone service. We mapped safety sites in the US/Mexico Border Region including water caches left by humanitarian groups, highways and Border Patrol stations and the phones will direct you to the nearest safety site when turned on. While navigating to the site, users have the option to hear poetry of welcoming and hospitality as well as poems describing desert survival information. 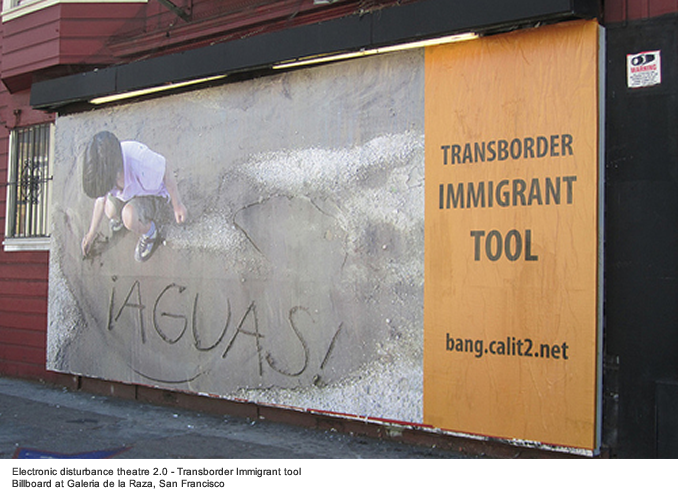 Also the investigations concerning the Transborder Immigrant Tool were multiple: one financial investigation into the use of grant funds for the Transborder Immigrant Tool which all the members of the b.a.n.g. lab were part of: myself (faculty in visual arts), Elle Mehrmand (MFA candidate), Brett Stalbaum (also faculty in visual arts) and Amy Sara Carroll (professor at University of Michigan).

Investigations are still going on today. Personally, I had the honour to denote the situation and introduce the Transborder Immigrant Tool project at the last HOPE (Hackers On Planet Earth) conference, 16-18 July 2010 in New York.