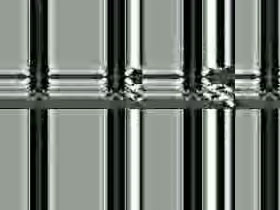 After a year of discussions and debates which took place in a mailing list, it is official the opening of Arte Nuevo Interactiva 07 , the fifth edition of the Biennial of Merida, Mexico, which will take place next June.

In the context of International System of Art, the birth of new biennials displaced in the more disparate and decentralised areas of the world, is now everyday occurrence. You just think about the recent examples of the Biennial of Malindi, Kenya, or the Bienal Fin del Mundo of Ushuaia, Argentina, both neo born and looking for an international affiliated which appears wisely pre- built: international artists and mainstream participation in a virgin environment for contemporaneous art. A well tried mechanism from the 90’s in which the interaction among the mercantilist interests of international art dealers and local authorities’ political interests push to the institution of big cultural industries in which art becomes an excuse to boost a kind of cultivated and international tourism which hasn’t essentially no relation with the space in which it moves.

t is about events which configure as a sort of T.A.Z . which works on the opposite: a breaking point building within a specific social context but in this case without the will to make sense, as rather a marketing area orientated to carry in picturesque spaces and “others” an international public made up of critics, artists, curators who move in unison, in environments as much extreme as a la page, the tropical beach of Malindi, and the southernmost city of the world, Ushuaia, among the glaciers of the Land of Fire.

The ” Bienal de la Nuevas Artes” , Merida_MX , as the subtitles of Interactiva say, would seem in this optics nothing new. Born and developed in the more Indios city of Mexico, Merida, in the heart of the Yucatan region, still inhabited by a community of Indios descending form Maya who can hardly speak Spanish, or who have integrated in the urban society, should be perfect for presenting itself as the nth artistic event which involves, in a superficial way, a local context which presents itself as a meeting space for international tourists of contemporaneous art in a picturesque and primitive environment.

It is enough to follow the concept and the development of the project to change idea. Starting with a reflection on the meaning of a biennial focused on technologies in the heart of Mexican native culture and on the related and inevitable second thoughts this subtends on the subjects of emergencies (cultural, technological, geographical, etc) globalisation and digital divide. The second thoughts of the idea of technology which have emerged (see the introduction to the catalogue Arte Nuevo Interactiva of 2005) are an essential moment of Interactiva: in the introduction of the catalogue of the manifestation, the curator Raul Ferrera Moharquech Balanquet proposes a resistance to cultural imperialism as a moment of a post-technological future building , in which starting from the idea of Maya cyclic time (according to which future is something living at our backs, and emerge as memory in front of us), the use of technology isn’t a moment of technological fetish imported from the Mundial dominating culture, but an interactive tool between groups and individuals bringing to the building of spaces of plurality of expression developed within a long evolutionary iter we inherited by (our, specify Balanquet relating to his Latin American roots) ancestor who ranges from (for example) Maya scientific, philosophical and technological knowledge.

The phases of building of the biennial, the people involved (in the organisation or as participants) and especially the processes which have brought to the building of a community which participated in the different phases of the event organisation are then the second founding element of this experience.

Arte Nuevo Interactiva, whose name during the first edition was simply Interactiva and whose main focus was new media, is a network for artists, curators, critics and producers which work and face collectively through a mailing list during the period of building and design of the true biennial, which is held in Merdia as a physical meeting place, between the different souls who built it and as final exposition process prepared collectively.

The exposition is then an arrival point of the long process of discussion, confrontation, research and building of sense occurred in the network (a good example of this dynamics developed is the participation . in 2005- of the curator collective to the forum online Empyre to explain what Interacrtiva is: Border Crossings: Do conceptual art and curatorial practice merge in post digital cultural production? How are new media art, criticism and curatorial practice a unconventional ecology? https://mail.cofa.unsw.edu.au/pipermail/empyre/2005-April/date.html and configures as physical space of meeting and sharing.

During the opening days devoted to presentations, lectures and round tables, Interactiva community coming from all over the world, had a physical confrontation which opens to plenty spaces and local projects making of biennial a true event in which a group of aliens land on a foreign city and uses it without any interaction with the local community, but rather in a sphere in which it is possible to know (and to recognise yourself) in actions and attitudes belonging to New Media and Networking ( in its wide sense) but which in Yucatan assume a specific value.

It is the case for example of a cooperation and development project, Tecnologias de la comunicacion en la educacion rural de Yucatan de Amelia Fafan Gongora , presented during the edition of 2005, which proposed the use of new technologies in spaces of economic underdevelopment as rehabilitation of local cultural tradition, (and in particular linguistic). The excluded and emarginated communities of Indios campesinos of rural areas of Yucatan through a process of e-learning and networking learn how to speak Spanish correctly; necessary to work and go beyond margination they are destined to, without losing their origin language (deriving form Yucatan Maya). Formation and education are given through internet and digital technologies, aims at emphasizing cultural difficulties of integration, the danger this kind of process implies in terms of their own cultural roots.

A part of the curator practice of Arte Nuevo Interactiva , as the same inventor of the project Raúl Moarquech Ferrera-Balanquet remembers (see the interview published on Digimag 18 http://www.digicult.it/digimag/article.asp?id=429″ http://www.digicult.it/digimag/article.asp?id=429 ), is focused on the ides that the creator stops to play the role of author of the event, but he rather proposes himself as a nets builder who puts in relation different participant between them.

The 2007 edition in particular schedules the cooperation of ten curators, with the supervision of Raul Ferrera, many of whom are artists, activists, critics and theorists coming from different countries (Latin America, Canada , US, Iran , Europe ). This collective aspect shines out even because of the choices of artists and projects, who are often collective projects, networks, production and distribution spaces and producers.

It is worth mentioning, starting from curators, Lila Pagola (Argentina) of the collective Liminar, of the collective Troyano (Chile), we largely talked about during an interview on the Numer 11 of Digimag” http://www.digicult.it/digimag/article.asp?id=290 , by Mr Tamale, net artist and Cuban/ American VJ of the Colectivo Omni Zonafranca (Cuba) mentioned in the Number 10 of “Digimag”
http://www.digicult.it/digimag/article.asp?id=278 and among the other let’s mention the participation of the Network Digicult which will present projects, activities and the net it is built of.