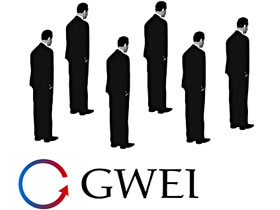 He published in 2003 for Apogeo PopWar , il NetAttivismo contro l’Ordine Costituito , one of the most clear critic and journalistic analysis of the recent net-activists event, both online and not. I had the opportunity to write and publish this interview called Web Marketing Tools no more than a couple of years ago, magazine that is no longer available. As the destiny of the interview was linked to the perishable fate of its support and the non-reproducibility of the informative experience, the interview itself was lost, even if it’s still current in its form and contents.

It is the reason why I found necessary to call Stefano Gulmanelli to propose the publishing of the article on a more appropriate support as the web is, correcting the passages of our chat because of oldness (maybe some comma, nothing more; and this say lots about the situation). I hope the operation will be loved by Digimag readers and that pushes our review to that possible dialogue process, in the digital ambit, between the world “corporate” and the net-activists. This process seems to be no more at the centre of mass-media attention as some years ago, but it still keeps going and evolving.

Marco Mancuso: Stefano, you worked inside a corporate for years and you collaborated with companies and corporations. How could these economic realities confront with the society and free communication changes the net launched?

Stefano Gulmanelli: Now the space for moderation and dialogue between the Net and the universe of corporate is objectively limited, because of hard relationships between a certain way to intend some free value on one side and the corporations world on the other. We’re assisting to a sort of Internet 1.0, characterized by the dynamics of NetActivism and the desire to democratize from the bottom, where the principal problem is to give voice to everybody thanks to an horizontal and bi-directional communication, largely allowed by the Net. In an hypothetic and future Internet 1.0, the corporations plagiarize the Net and try to adapt the middle to the communication dynamics, characteristic alive before the born of the Net and present nowadays in some other medias. The offensive strategy to the “Net neutrality” is written in this attempt of the corporations to occupy the Net. This attempt has the objective to let corporations and big information centers to decide what is important to know and what is not, bringing people to look and interact only with those channels dictated by corporations themselves.

Anyway, we can’t imagine a hypothesis where the corporation becomes democratic, without hierarchy, characterized by an horizontal communication, that gives voice and opportunities to everyone as NetActivists pretend. They are two completely different worlds. Corporations create value, transfer know-how, but they have their completely own logic, that democratic Net movements cannot accept.

Marco Mancuso: Could corporate try to optimize aggregation dynamics allowed by the net?

Stefano Gulmanelli: Political parties are the corporations that need this kind of communication and multi-directional communication. But at the first glance to their sites, you understand how communication come from above, that means it is more important what they are saying to you than the comprehension of what you are trying to say to them. This is a retaliation for all those corporations where the research of the consensus and the perfect knowledge of the spread interests is the most important thing (political parties are real corporations). And when this philosophy doesn’t come to parties, how can you even expect that realities that has a justified motivation of profit apply it. NetActivists must be supported by the advantages offered by the Net. First of all the fact that the Net allow the production of decentralized contents and then the fact that the relative technology is often better known by normal people rather than by professionals hired by the corporate themselves. This fact creates a growing discomfort inside huge corporate group and generally in the society, as it represents a dynamic extremely hard to control and manage.

Marco Mancuso: Do you think Net marketing dynamics will get more and more invasive?

Stefano Gulmanelli: Technology is extremely invasive and counterproductive when used in a certain way, as it’s happening more and more on the Net because of marketing dynamics. The corporations will surely use the Net and technologies as proliferation and marketing strategy, that will probably get more and more invasive.

Stefano Gulmanelli: Corporations still ignore this phenomenon that however cannot be considered as deviance of the moment as it has a critical mass, with great impact ability and that is growing rather than decreasing. Is this deviance or is there a cultural shift that NetActivism is just an avant-garde? In spite of everything, there is who understood that this is a kind of consume to relate with and that has to be considered as a projection of certain ways to get through and not only a deviance. Maybe it is not the majority of the greatest manager, but surely the ones involved in music or cinema industry understood how to earn something from this world. Their “defensive” strategies failed  only the few understood that the control of file sharing and the extension of the length of the copyright could work  and the majors themselves are getting their hands dirty with the online distribution of music, once considered devil. Pay attention though: they’re probably thinking to get the control of the process, sooner or later. If it they think so, they will be disappointed once again. If you have some time, go see sellaband.com and you will see how the evolution of the productive fase of music could no more present traditional intermediaries (majors).

Marco Mancuso: How can corporations use instruments of spontaneous aggregation through new technologies without being evil?

Stefano Gulmanelli: They can’t. See, even on smart mobs, a phenomenon that should be the decentralized spontaneity, they tried to put a cap on it, in the sense that corporations such as big malls made smart mob inside their locations so that they “created attention and excitement”. I must repeat what I said before. If we’re talking about Internet 1.0 there is no space for economic attempt, at least as it is now considered. If it is Interne 2.0 there is no space for spontaneity and boost from the bottom. That doesn’t mean that industries are evil if they do that. Moreover they can give comfortable and interesting opportunities, even if they’re made to make you consume, as it is their work: produce and sell.

Marco Mancuso: Which are the channels of social aggregation or communication that could be best used by corporations with conscience and foresight?

Stefano Gulmanelli: The discourse is a little bit long. I don’t think there are channels to preclude to the companies, even if I’m not totally ok with those social operations made to clean a little bit what done before, that is now growing in Italy as well. Money helps, but are you sure that certain interventions, such as build a hospital or create courses, is up to those subjects? It is a job that was property of governments and politic authorities, which had the objective of the next election. But what is the goal of a corporate that finances a school in Ethiopia ? I don’t think there is, but the hypothesis I made recall bad thoughts. Talking about social aggregation channels such as forums, if there’s a corporations beside it is nothing but negative. A word has been created to name this operation: Astroturfing, where Astroturf is a synthetic grass, false, opposed to grassroot, term used to indicate the real “bottom uo”. If you want an example, the National Smoking Alliance, a site/forum/channel of aggregation for smokers that fought for the pleasure of smoking sigarettes produced by their financer: Phillip Morris (it is now closed).
I think that, more than the fact that new technologies are to be used because  new, I think that if corporations made good products with a correct quality/price relation, with decorous management and keeping an eye on the territory they’re working on, that would be a great way to work, that probably wouldn’t need patches and retractions.