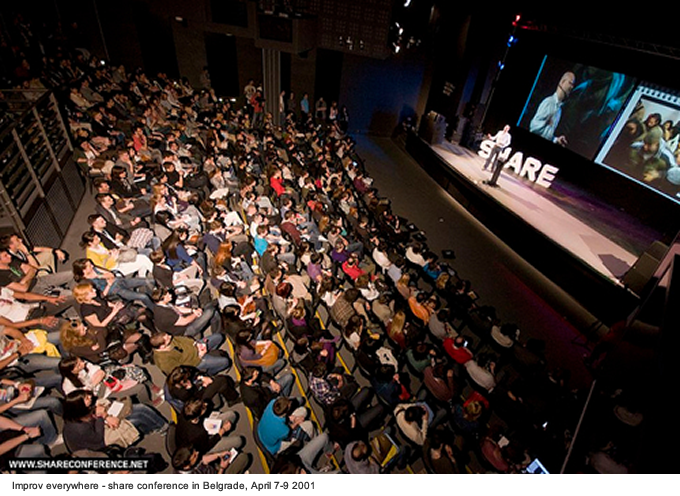 Things are happening in Belgrade. This historic city sitting at the junction of the Danube and Sava rivers is throwing off a troubled past and with the enthusiasm of its young population, is striving to create a dynamic and media savvy cultural hub. The SHARE Conference, held in early April 2011 is an example of the entrepreneurism that appears to be taking hold in this rapidly emerging creative environment.

Bringing together internet and social activists, new media artists and musicians, SHARE Conference aimed to inspire a lively debate amongst a range of practitioners from Serbia, Europe, UK, the Middle East and the US. This first edition was initiated and co-ordinated by The State of Exit Foundation. Growing out of the phenomenally successful Exit music festival, the foundation was established in 2010 to support the reform of higher education in Serbia. Based in Novi Sad, the foundation aims to improve the quality of education, provide experience opportunities and encourage greater collaboration between Serbian students and international peers.

As the name implies, the SHARE Conference was started in order to create a meeting space for sharing ideas, practices and methods. Whilst there was a mix of Serbian and international speakers, the audience was very much local and comprised mainly of students, artists and musicians. 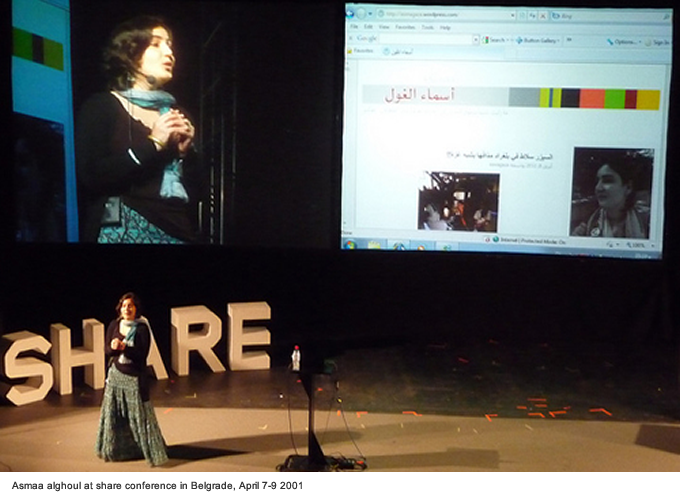 The SHARE Conference had overtones of early days of the Barcelona festival Sonar, which in its first incarnations aimed to bring together new media art, discussion and music. Like Sonar, SHARE was comprised of both daytime and nighttime events, with the talks and discussion during the day and a club/music programme at night. Both SHARE by Day and SHARE by Night were very well attended, with several sessions and club nights full to capacity. This level of participation created a real buzz, with conversations happening across the venues, but also disappointment expressed by some that they could not get into popular performances by people such as the UK artist Tricky.

The conference programme itself had a very strong focus on activism and aimed to highlight projects that utilise or ‘hijack’ dominant media for social and critical purposes. Its focus was on how media can be used for social change, embracing the concept of media tools as platforms for community engagement and channels for an independent voice. Key to this was the inclusion of Arab activists, prominent in the use of media such as twitter to give voice to the Arab Spring.

Gaza based blogger, Asmaa Alghoul gave the audience a very moving account of living in occupied territories, under the rule of both the Israeli forces and Hamas, the Islamist governing party of the Gaza Strip. For the audience, it was a first hand insight into how outspoken citizens are persecuted, not only by occupying forces but also by the Hamas authorities. Asmaa has been arrested several times by Hamas for her opinions expressed on her blog. As a journalist and as a woman, she is constantly threatened for having independent views and for advocating free speech and political freedom. What came through in her talk was her incredible resilience and belief in change and that the principle of free speech is a fundamental right that she would continue to fight for, no matter what. 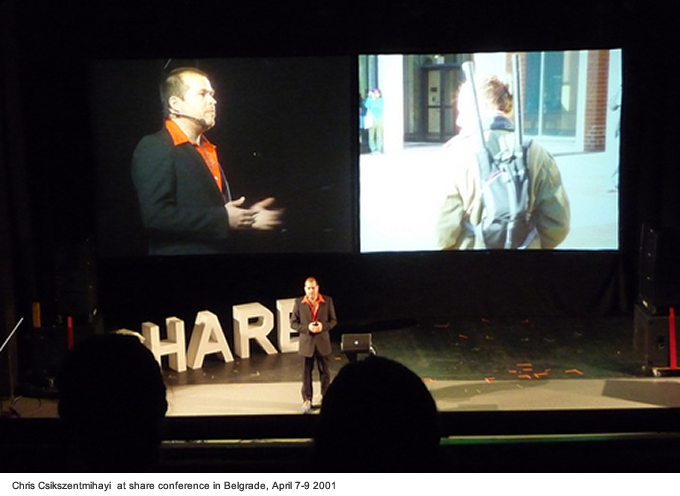 From the European side, Italian artists/activists Paolo Cirio and Alessandro Ludovico presented their project Face to Facebook, an online project where they ‘stole’ 1 million Facebook profiles, filtering them with face-recognition software and presenting them on a custom-made dating website. Face to Facebook is part of the The Hacking Monopolism Trilogy, the third work in a series that began with Google Will Eat Itself and Amazon Noir. The artists say about the trilogy: “These works share a lot in terms of both methodologies and strategies. They all use custom programmed software in order to exploit (not without fun) three of the biggest online corporations (Google, Amazon and Facebook), exploiting conceptual hacks that generate unexpected holes in their well oiled marketing and economic system.”

In an engaging and entertaining presentation, Chris Csikszentmihályi presented a range of projects developed through the MIT Center for Future Civic Media in the US. Csikszentmihályi is an artist committed to the geo-political implications of emerging technologies and the ways in which artists in a research context can develop new technologies and techniques to strengthen geographic communities. Through his work at the MIT, Csikszentmihályi has led a movement that aims to promote civic media and the development of accessible communication tools for civic and community use.

Whilst the conference had a focus on international projects, there was also a range of local presentations highlighting the emerging media, creative and design community in Serbia. What came through from these presentations is the real enthusiasm to build a creative community, but also the challenges that young people are facing in setting up new businesses and cultural enterprises. Finding affordable space for studios and a lack of interest from local authorities to support the ambitions of a younger generation are real problems. Some novel solutions are being proposed, such as setting up a mobile studio on a boat, that would move around the waterways surrounding Belgrade. 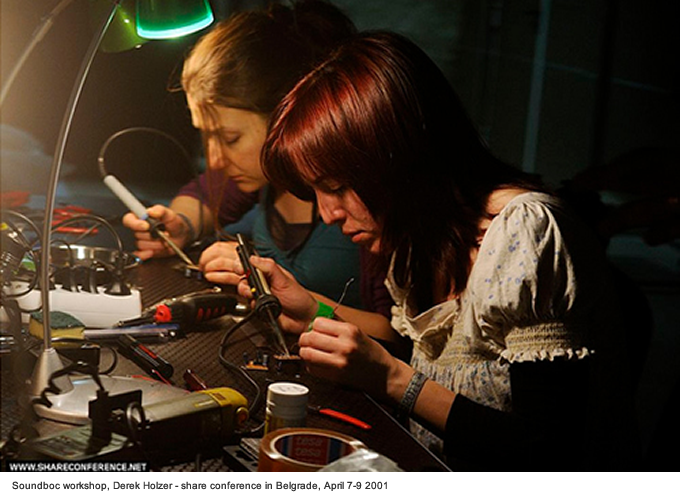 This is why the work of the State of Exit Foundation is important in the Serbian context. With little state support, it is vital for the community to work together and invest into the creativity and vision of its significant population of young people. The Exit festival in Novi Sad is established now as an international destination for music and partying, but added to this now is Belgrade as a potential ‘hotspot’ for new ways of thinking about media, not only in a Balkan context, but in a broader European and international framework.