Dyndy.net: The Future Of Money. For A New Democratic Economy 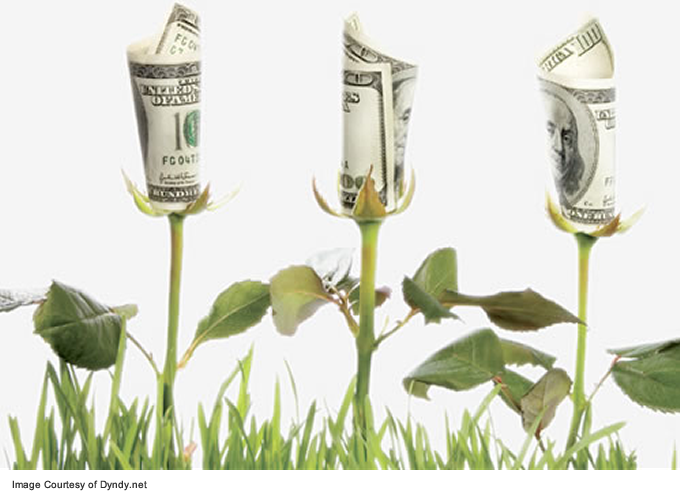 In that context Jaromil e Marco Sachy introduced their project Dyndy.net, an online lab providing “Tools, practices and experiences for the conceptualization, development and deployment of currency”, following the ethics of the Free Software Movement and Transition town. Their main aim is to improve the self-organization of wealthy communities avoiding the centralized structures of the bank-debt monopoly and to experimenting alternative banking systems and local currencies.

Very often we use money and banks without thinking that they are a given fact, without thinking of them as part of a crystallized system created through a series of practices of an specific historical and social context. And as such can be changed if it’s inefficient, monopolistic or even anti-democratic.

To understand better what is at stake, I interviewed Marco Sachy…. 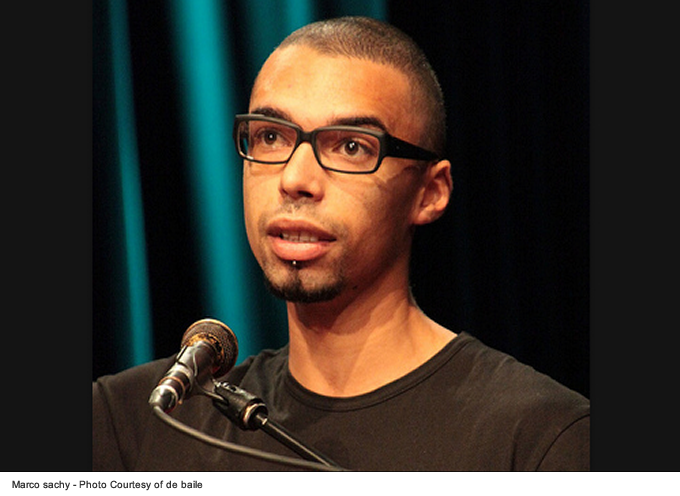 Zoe Romano: Dyndy’s claim says: “Engineering the future of money for democratic economy.” Can you explain briefly what do you think is not democratic anymore in contemporary economy?

Marco Sachy: Dyndy is a project focused on horizontally rethinking economic networking. As Kristinn Hrafnsson put it while talking about Wikileaks: “Democrazia senza trasparenza ? solo una parola vuota”. And this holds also for economic issues. At large, contemporary economy is based on a hierarchical top-down model of governance, e.g. by acting on different tiers of the economic system, economic institutions organize social life on behalf of taxpayers, but without direct participation of the latter in both design and decision-making processes of the economic system in which they are immersed. In brief, economic ‘rules of the game’ are imposed from above on those who then actively develop civilization on a social level.

Most importantly, citizens who effectively produce value in a capitalist system (they did not choose in the first place) are excluded from the process of re-distribution of such value they produce. This is not democratic, literally. In particular, Dyndy centers its point of perspective on an economic element whose control is presently in the hands of the few in positions of power at the expenses of everyone else (and I have got news for you: – We [the people] are ‘everyone else’). Such element of the economic system is what lubricates the wheels of commerce, namely bank-debt money. The monopoly on money creation is exclusive and based on discretion.

They are both elements that render our economy nondemocratic. Indeed, the governance structure of the monetary system influences what happens in the real economy: supranational institutions such as the World Bank, the IMF or still, the BIS (Bank for International Settlements) decide behind closed doors what will be the monetary and – hence – economic policies that taxpayers or consumers will be obliged to adopt by regional authorities (for example the EU) and in turn by national governments and local administrations.

At present such institutions are considering to switch to a super-sovereign global reserve currency; perhaps, they will change idea, but in the case in which they will agree on such solution, I really think that we will not go to express our opinion in a referendum instituted for democratically deciding on such matter. 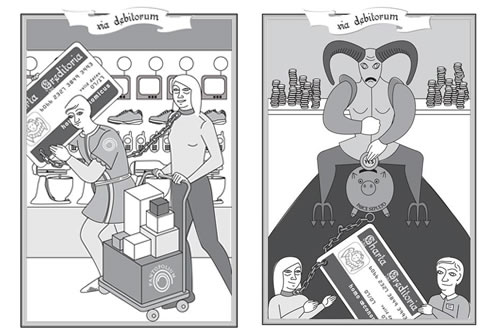 Zoe Romano: Modern capitalist money presents 6 main shortcomings, which suggest to re-define its nature for today’s economic challenges. At present such shortcomings are exacerbating economic life: modern bank money is debt-based, interest-bearing, poorly performing as medium of exchange, store of value and even as a unit of account, it is kept artificially scarce, it is inflationary and centrally managed.

These are the main reasons why we should rethink the nature of money. Although modern capitalist money was good to take us until the present point of society’s evolution from a straightforward financial point of view, it is revealing as noxious to continue to progress on such surpassed model of economic growth based on that peculiar type of money. In a nutshell, exponential growth of economic profits maybe sustainable in an ideal world of theories or in the virtual one of high-frequency trading, but exponential growth of economic output is not sustainable by definition in a finite world like ours.

In other words, we must keep in mind that if we continue to consider GDP as the only parameter to consider in order to judge whether or not an economy is healthy, we will have to manage scenarios where it will be increasingly difficult to distinguish whether we are experiencing a healthy growth or whether we are experiencing a speculative bubble that will inescapably burst, putting us in the uncomfortable situation of a Second Wave crisis: “Bad banking balance sheets => credit restrictions => recession => worse bank balance sheets => further credit restrictions and so the spiral downward goes” (Bernard Lietaer 2009: 4).

The need to re-consider how we deal with and create money is the necessary step toward a world where financial, banking, and economic crises will be a weird remembrance of the past. 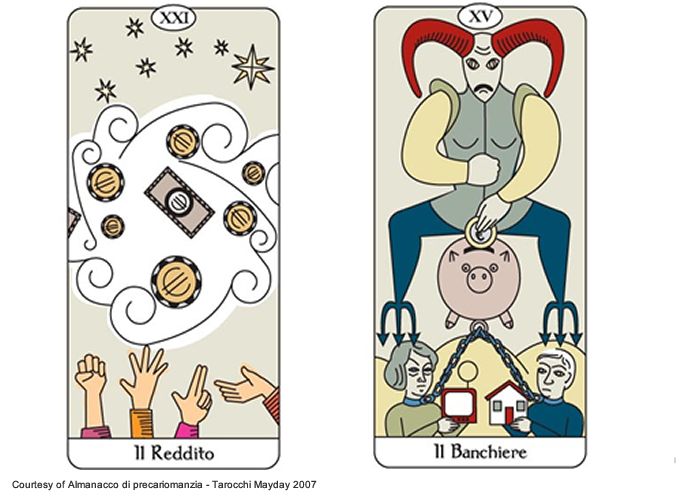 Zoe Romano: How can the monetary rhizome inspired by deleuze and guattari become a valid alternative to the bank-debt paradigm, at the base of contemporary economy?

Marco Sachy: By virtue of its most acknowledgeable features Deleuze and Guattari pointed out in Mille Plateaux, the monetary Tree is a philosophical metaphor representing the traditional, centralized Modern monetary system (central banking with the Bank of England as the first modern central bank founded in 1694; ).

At the international level (or first hierarchic level) operate institutions such as the Fund, World Bank or the less popular BIS, the central bank coordinating the activities of the ten major central banks: here, the top level of the hierarchy, or the root of monetary management is very well reached through the issuance and management of international reserves at a global level. Thus, the structure is astonishingly arborescent. Thus, since we grew immersed in it, the monetary Tree is the paradigm we are used to consider as natural when we think about our monetary system. We do not look at it as the result of the appeal to a peculiar and historically determined evaluation of our monetary reality.

By contrast, the monetary Rhizome is named as such because the currencies resulting from it do resemble the features through which Deleuze and Guattari characterized the rhizome in Mille Plateaux. They aimed at a new way to do philosophy as well as I claim the possibility of new kinds of monetary systems, for instance a multi-currency integrated monetary system as the outcome of a rhizomatic approach to monetary systems design. Thus, the monetary Rhizome represents all the (literally!) Post-Modern alternatives to overtake the Modern paradigm of the monetary Tree and to develop the ontology of money and its manifestations in the 21st century. Furthermore, it is a rhizome because it enables to connect in a horizontal and a-centered way parameters belonging to different domains of existence (ethic, economic, psychologic, etc.), in order to design the most suitable currency complex needed in the social economic context one is willing to fulfill them.

The monetary Rhizome is therefore, a change in perspective, which I like to depict with a a reference to ecology: from the modern paradigm made of a monoculture of national currencies, to an ecology of money in which different types of currencies operate together and are usable in mixed payments. More diversity in the types of currencies will enhance the connectivity of all the participants of the economy and will render the monetary system more resilient in cases of external shocks. resources to increase social capital while maintaining in the best conditions the natural capital. They therefore foster co-operation, because they resemble some of the features a gift economy presents: horizontal and a-centred connection between peer-participants. 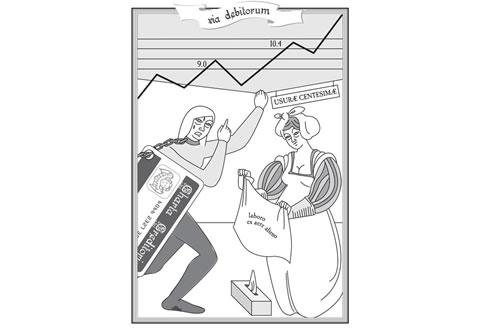 Zoe Romano:In which sector(s) and under which circumstances do you think is more likely that alternative currencies become widely used?

Marco Sachy:Ideally (but not so much), the leading principle is that alternative currencies can be designed in view of connecting unused resources to unmet needs. In other words, alternative currencies will become more widely used where they will be more pressingly needed: counter-cyclical currencies for addressing unemployment in the Small and Medium Sized enterprises (Business-2-Business sector) are in my humble view the first environment where to develop such alternative-currency systems, because the conditions in the business sector are becoming pretty bad in advanced countries after the contagion of the derivative bubble and related toxic assets spread in 2008.

More in general, since it is not realistic to think to get rid of bank-debt money from a day to the other, the valuable breakthrough is to seriously begin from the complementary currencies approach: they are monetary agreements within a community to use something as a means of payment in parallel with – as complements to – conventional national currencies.

In this view then, alternative or complementary currencies can be used in every sector and under every set of circumstances in which one wants to measure the value of the economic life going on in it. There are no limitations for creativity and thus for possible currency creations: roughly, today there exists almost 5000 complementary currencies in use around the world: from Frequent Flyer Miles (corporate currencies: if you fly only with my company you will increasingly save conventional money), to Transitions currencies such as the Tones Pound in UK or the SCEC in Italy (local currencies to be spent locally for developing and maintaining local economies), or still Social Purpose Currencies such as Japanese Huerai Kippu (I take care of your grandmother for some hours per week and than I give the Hureai Kippu – not Yens – that I gained to my grandfather who is thus put in the conditions to be serviced form another member of the network while keeping Yens in his pocket and use them to go say for sauna treatments or whatever you can have just with conventional money). And so on and so forth… 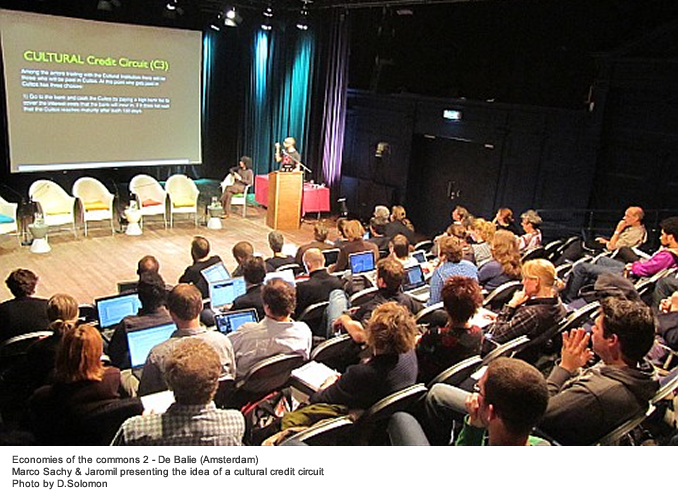 The important point to bear in mind is that an alternative or complementary currency must be designed to solve very peculiar and detailed problems not addressed by virtue of its own properties by conventional money.