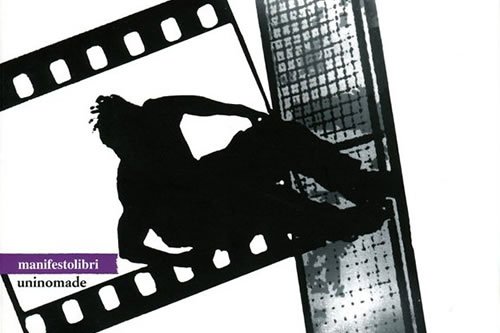 Who said that books dealing with the proceeding of a congress are boring? First of all it depends on the congress and the speakers, secondly on the way the book is conceived. The reading of L’arte della sovversione. Multiversity: pratiche artistiche contemporanee e attivismo politico (The art of overthrow. Multiversity: artistic contemporary practices and political activism) edited by Marco Baravalle for “Manifestolibri/Uninomade”, once you get over the title -a bit over the top- it is very enjoyable because it is composed of many keen and necessary statements (not all of them of course) on a group of quite current issues, that though complicated, are fascinating for those who deal with cultural production in general, and with a political/social tone in particular.

I wish I had gone to the seminar on 16th, 17th and 18th of May from which the book has originated (we asked to Marco Baravalle himself to make a report for Digimag 35 in June 2008) in the S.a.L.E. in Venice, because even through the printed version, you can still hear the echo of a debate that has been lively and not diplomatic at all. But if I read the subtitle of the book again, I can remember the reason which prevented me from going. What prevented me from going was the fact that the relationship between contemporary art and political activism didn’t seem really interesting to me, or the issue was not well placed. This is still my opinion now: the things I read in the book confirm my belief.

Indeed one of the most interesting thing in The art of overthrow is the dialogue carried out among people who turn a deaf ear between theorists, militants and activists of movements on the one hand,and art critics, art historians and owners of galleries on the other hand. I don’t know if it was really like that during the seminar, but that’s what emerges from the book. Let’s make an example Matteo Pasquinelli (founder, among other things, of Rekombinant and author of a book about media-activism, currently researcher of the Queen Mary University of London) in a very bright speech on the “cultural factory” (heir of the cultural industry of “Adornian” reminiscence) and on his relation to the urban development, has emphasized the relationship between contemporary art and the new urban development (the so called gentrification). In a few words: much of the “alternative” or even dissenting cultural underground production, is used to give a sort of perverse charm to some metropolitan areas, on which the property speculation is ready to assume control.

Pasquinelli writes: “Behind the new gentrification forms there is a crucial link between the property speculation and the cultural production, a link of which the world of art and activism are not yet quite aware of”. After having criticized much of the contemporary art because of its “cynic over-identification with capitalism” (For example Damien Hirst), as well as the paranoiac mélange and naivety of the politically correct activism (art strike, or on the contrary, “sustainable art”), he concludes: ” The artificial making of the value is the key component of the financial game as well as of the gentrification process” . It’s the Stock Exchange that first explains us the sabotage of value. () One of the assumptions that remains valid is the direct sabotage of the income  in other words, the reversal of the value piled up on the shoulder of the common production of cultural and symbolic capital”. It is really very well expressed , or so I think: surely difficult to put it in practice, and furthermore in need of further elaboration in order to produce meaningful experiences, but anyway an interesting direction.

How does Angela Vettese, as art critic of the Sole-24 ore, president of the Fondazione Bevilacqua La Masa of Venice and famous person, reply to this proposal (or this challenge, if you prefer)? “As I can see from the tenor of the speeches in this seminar, I would say that my role here is to make clear why speaking about sabotage is almost impossible today. I would like to describe the forces opposed to this sabotage”. And she does her best to explain, with plenty of examples, how all the attempts of “sabotage, tried by artists of the second half of last century , failed” (from the Arte Povera to Joseph Kosuth, to Nan Goldin to Marina Abramovic): At the beginning all of them were protestors and “all very proud of themselves when “they made it”” once they conquered the market. That’s because “the market is a bin sucking everything, and at a certain point artists turn to be proud accomplices”. The whole supported by quotes of Zizek and of Foucault. Her argument is flawless. Vettese did persuade us: To overthrow the art market from the inside is a useless and inconclusive argument. The only possible sabotage , in these terms, is the one made by Damien Hirst against owners of galleries and critics, that is selling his golden veal “directly” at the Sotheby auction for 10 millions of sterling: But this thing, on the contrary, doesn’t affect the market at all. But, I would say, the sabotage line undertaken by Pasquinelli, was not going in that direction.

He was rather suggesting that it’s possible to give birth to new forms of production able to damage the market (therefore without “staying apart”) because they introduce elements of incompatibility between expressive activities and processes of valorization. Many of the expressive experiences which were born in the last decades inside the movements, or just around them, are going in this direction: of course, without really reaching the proper “sabotage”, but placing the bases. For example collective or fake names, mythopoeic narratives, no conventional use of images: Luther Blissett, San Precario, Serpica Naro, Anna Adamolo. Things that do not appear in art galleries or in critics exhibitions, things that are not “increased in value” in terms of monetary meaning, but things that can give rise to the forming processes of new subjectivities and that are trying not to be “caught” by the market.

As it is explained in many parts of the book, this is definitely the point: In the new post-fordism, cognitive and immaterial capitalism, the key processes of the increase of value (economy value creation) are not anymore the transformation of raw materials in goods: but they are those in which every relational and linguistic activities of the human beings, the imaginary, are turned into immaterial goods, where new devices give them value as they are able to read , integrate, spread and produce them as a brand. In short, to simplify a bit but not that much: Not only art has become a productive process, but production is becoming an artistic process itself. Art and production are starting to look more and more alike every day . “Production and creation”, writes Judith Revel, “are the same thing”. So it is not possible anymore as it was at the time of the “cultural industry”, to play with subjectivity against capitalism. Again Judith Revel: ” With the new age of the cognitive, intellectual, linguistic and affective capitalism something has changed. With the valorization of new forms of social cooperation and circulation of knowledge, of that inventiveness and creative power which characterize the production of subjectivity and, as a consequence, with the subsumption of what turns life, as a power, into a real artistic process, subjectivity finds itself dragged into something from which it was immune before”.

Does this mean that as the post-modern vulgate claims, there is no more space for any activity of denial and refusal of this process? Are all the protests doomed to be reabsorbed, or better still to become goods in its turn? This seems to me a mechanical conclusion, due to a blunder of the new, regarding which it is normal that apologists of the existence and the more or less secret admirers of the unquestionable performatory of new capitalism become preys. But it is a blunder which anyone who believes in another logic, in another result for the richness of relationships, should not make or anyone who is for what unites the human beings and not what makes them apart, dispossessing them from their own life, because it’s life, as it is nowadays that gains value.

“Surcodificazione”and “capture”, Brian Holmes explains us, are the two devices that mark the subordination of subjectivity to the global capital, that have produced “a real explosion of fetishism in the goods on global scale markets and at a speed of optic fibers networks”. But as Revel points out, “the capital doesn’t invent, it only absorbs with an extreme intelligence, and later it ascribes to itself what it has absorbed and what it has expropriated from the real producers”. And that’s what creates “resistance” , the resistance meant by Revel, Holmes and Pasquinelli, which is that of the production of subjectivity, of the “new totally immanent forms of being, which open new horizons” (Revel), and “which can’t be completely transformed in goods, which are able to escape from the valorization process, because of their surplus. It’s the power of language (I add, on the example of Virno) that always produces a surplus of meaning, an asymmetry between the speech and the world, that doesn’t allow to be totally regimented in the shape of goods. It is always Judith Revel who explains this process concisely: “the condition of possibility of capitalism (the creative skill, the productive surplus) is the only thing escaping capitalism. Or better, not only capitalism can’t produce it on its own, or ask any machine to do it, but it has to surrender itself before the evidence: creative surplus is the instrument to get out of power, it’s what unties and unfastens the strategies for subjection and focuses the resistance again on the exploitation”.

Now it’s really to this “resistance” that “art-activism” refers to, or better, the art that expresses the surplus of processes of subjectivity, and that for this reason doesn’t need to merge into activism or movements fights, because it already derives from there and because each significant expressive instrument during these resistance processes, in these terms, is already art. And it is an art that can also appear, at the same time, in any galleries or exhibitions (as Marco Scotini states), but that wasn’t born or hasn’t died in the art system, the one of museums, critics, dealers and galleries. It rises and dies, lives, and develops itself, in the social processes. This stated, there is nothing bad in inviting art critics or art historians who seem more sensible to these themes to his/her seminars, even if they make a poor figure, or even if they have little to say on the most burning analyses and proposals. Of course, I had expected that the introduction by Marco Baravalle, would have said something on this issue, going beyond diplomacy and adding alongside the faultless presentation of theoretic themes and working perspectives, some considerations suitable to the institutional world, as some of his exponents have been (rightly) invited to the seminar. Maybe I’m pretending too much (and above all, maybe, I’m not taking part to the running of a cultural self-managed space with the problems that S.A.L.E. has to face).