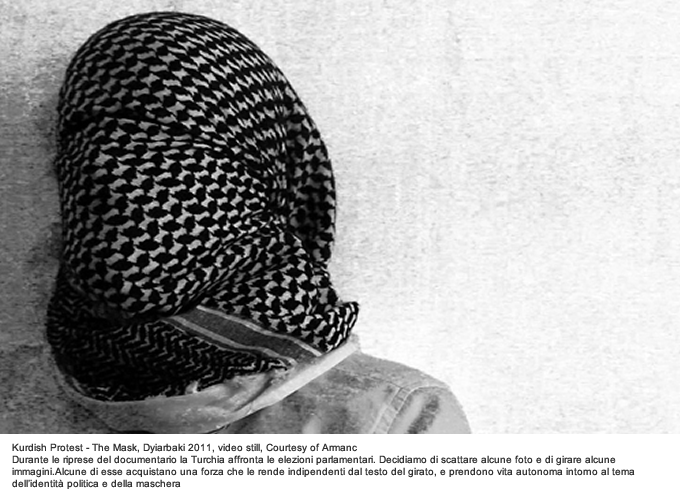 This article is the result of a series of theoretical thoughts arisen from my documentary filmmaking. This essay intends to propose a transversal reading of such an activity. Through the relationships that the concept of documentary establishes with those of photography, fiction, identity, performance, I would try to deconstruct its meaning in order to make it a reservoir of philosophical research, an access point for insights on technical matters.

Experience, since time immemorial, is crossed by its own metamorphosis in the form of memory and narrative, image and language, always in search for those approximated forms in which it keeps on offering and recreating itself. The emergence of reality encases concepts in the very immediacy of facts, making the first ones indecipherable to an untrained eye. On certain occasions, it is reality itself that pushes, forces the eye to activate itself as a concept. A documentary, or better, the extraction of images from the flowing of the world, is therefore a matter of perceptive attitude, of embodiment of a style of being, as well as of an embodied thought. Thought itself is indeed a matter of perception, of points of view, while a perceptive living in the world is maybe the origin (renewed day by day) of a possible (as well as simultaneous) speculative attitude towards it.

And yet, such attitude may often harden in a concept’s tendency to abstracting from the world, in order to watch it from above, breaking free from the burden of becoming, and deluding itself that it can dominate it. This is what usually happens in TV documentaries, where the writing of the plot is often rigid, and aimed to enclose reality, as often shown by the film style of these works. Writing precedes image, concept rules over the very reality that the camera tries to shape, rather than restraining itself to flow along it. Yet, images claim their own autonomy from language, and our relationship with them is fluid and constant, rather than discrete and discontinuous. 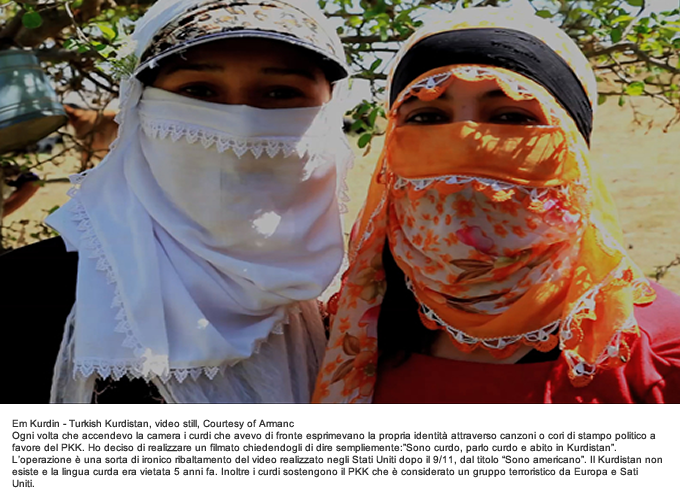 An un-documentary means to be the technique of pointing the camera on reality with no desire to possess it. The topic of an un-documentary is always delayed in relation to its variations, it is continuously lost and found, metamorphosized during its realization. Telling an experience always means recreating it, never recording it. Mimesis is denied as far as in the very anti-intuitive core of an (un)documentary image which always requires a perspective, and is always an oriented snippet. An un-documentary is never a spatial-temporal copy of the state of things it refers to, rather the invention of a spatial-temporal dimension, parallel and alternative to the real one.

A filmed image, seen as both practice and instrument of a re-perception of the world around, has the chance to interact with concepts in a more flexible way than a rigorous and punctual thought could ever afford to do. Ideas contained in it risk to act as particles of a solid-state body, rigid, almost still, rather than being closer to their true state at the moment of their appearance, as in a state of perpetual boiling and fermentation, as organic ideas, fed in a ‘pinball machine’ of states of things, never neither neutral nor decipherable, on the mere basis of the infinite genesis of percepts-concepts into which they result.

An un-documentary, therefore, tries to consider the simultaneity between perception, expression and representation. It aims to reduce the gap between thoughts and facts, wishes to think a tale through a series of images as a starting point for the development of concepts. An un-documentary shows that states of things are only thinkable from their simultaneous vision-representation-recreation: perception is already an expression, language in its nascent state, sensory idea, for there’s no extrinsic relation between idea and expression, but instead a mutual involvement. Such is the simultaneity around which an un-documentary tries to work on. 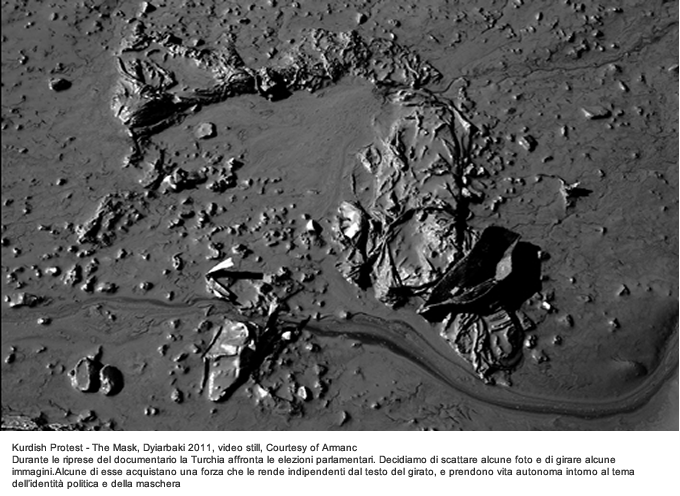 The realization of an un-documentary pursues the living moment, thus a performative gestuality, and yet, an unbridgeable and asymptotic delay. It shifts through an extended present where the immediacy of gesture becomes simultaneity of action and thought.

Sequentiality and simultaneity live together, nevertheless memory and imaginary mirror an idea of representation as the survival principle of conscience, as a mnemonic and (retro)projective repositioning, as a mythological mode of identity sharing, ever delayed in relation to the stories it wishes to tell. In an un-documentary, pre-production is only present in the contemporaneity of the subjects involved (filmmaker, technicians, actors-narrators). There is no screenwriting, but a simple principle of action-reaction to the world around, connected to an involuntary impulse of selection that gazes upon something, bringing its research into focus.

Such focus is certainly not to be intended as a goal to reach, but rather as a research path of focus itself, as the almost-present image of the relations occurring in the state of things that the filmmaker tries to tell. Parts of it are the off-stage commentary and the whole actions and reactions preceding and accompanying the shooting moment, the negative that can’t be seen but it’s there, in the position of the camera, in the way the cameraman holds it, in the characters’ reactions in front of it. I use the concept of tuning whenever I talk about the interaction between (su)object-camera-(su)object, just to highlight the relational aspect, ever in the becoming of the moving image, while frozen, instead, in a photographic one.

This is why I usually associate un-documentary practices to performance: an un-documentary is therefore rather a life-style, more than a (faithful) reproduction of the world. 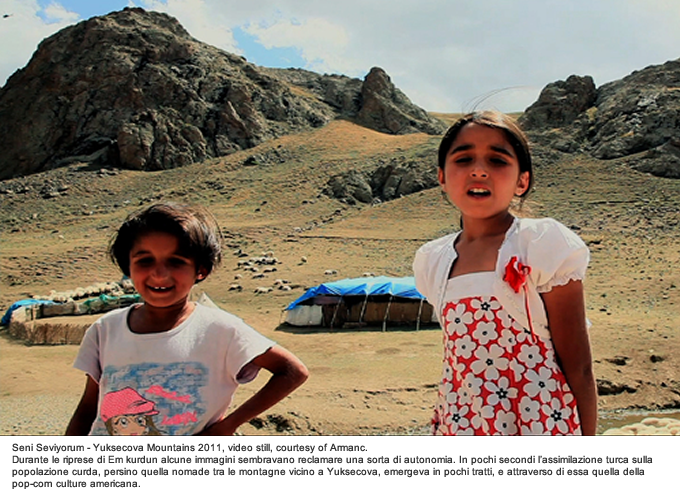 An un-documentary is the filmmaker’s own impossible transformation in the stories he tells, the desire to let them possess him, rather than the opposite impulse to control and shape them. There is neither salvation for those who are told, nor immortality for those who tell, let alone the attempt to explain, teach, colonize or improve the reality being told. On the contrary, in the received story lies the author’s regression and loss of identity, his attempt to become transparent through the attempt to become the very stories he tries to tell.

The un-documentary world is never located in front of the camera. It is always off-screen, unseen and unheard. It is the performative act of a pragmatic epistemology where subject and object fade, while the camera becomes the medium in this transformation, in this decentralization. An un-documentary is an involuntary reflex, an escape from the conscious analysis of filming. It is the filmmaker lurking, his waiting for the lycanthropic transformation to happen, and the telling of it.

In the current codes of contemporary art, therefore, the concept of documentary becomes indivisible from that of performance. Similarly, montage can no longer be conceived as the sequential arranging of fragments, but rather as a jigsaw. This principle should be there in the moment of shooting as well: no one ever works on a single project at a time, for it is impossible to know exactly what could be done, a project being as already said a mere reaction to circumstances, not an attempt to structure them.

In this sense, the un-documentary is an opening towards reality, a sort of infrared sense for background noises, and micro-perceptions of one’s own and the world’s, enabling digressions from which parallel projects may originate as a side product of a concatenation of contingencies. All the more so, given that – more and more often – the author ends up using the same tool to perform different actions, like filming and photographing. 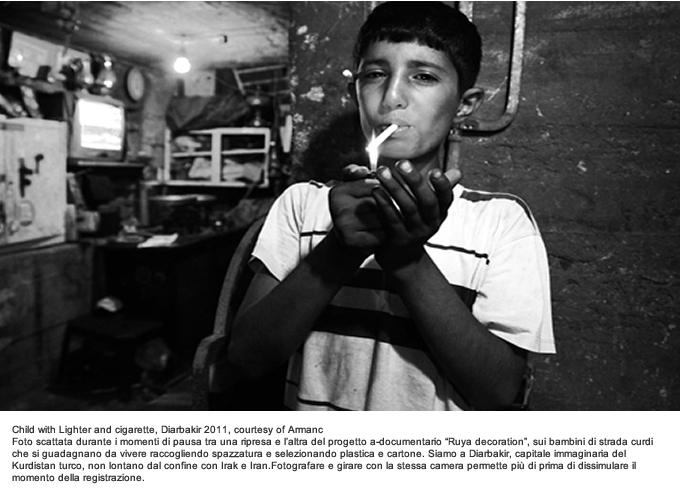 An un-documentary aims to reverse the relations of subordination between concept and world, image and language, it wishes to place itself into crevices, on border lines, where distinctions and belongings defy any barely liveable definition. The creative process is always a sort of unbalance between a centrifugal force – tearing apart experiences and concepts – and a centripetal one, which, conversely, tries to deposit them to gather their remains.

Creation is always the tension between a core that, in order to find its expression, must evert, turning into something else, while preserving a sign of itself, and an exploded, reactive, contingent, surrounding material, trying to reduce itself to dense, self-sufficient iconic forms, without losing nothing in openings and variations.

The unnatural position of the concept, in search of a stable form in which to reflect itself, turns out to be a lame dictatorship in relation to the reasons that triggered it, as a sort of retaliation to the world’s unmanageable mutability. Concept is unthinkable. Its stability is proportional to our inability to see its unremitting shifts. It is thus continuously retroflexed and identified. Yet, never completely being, it is unrecognizable. Concept does not mirror itself.

Should it do that, it could not recognize itself. And an un-documentary is not a comforting surface for this Narcissus-concept; in it, thoughts appear and disappear like lapilli in a lava stream, or echoes of a monad through a well.

Yet, it is among the overlapped mirrors of expressed forms, of filmed images that we may see a glimpse of their shadows, ever broken, elusive, defaced, betrayed in their every single manifestations, promised in their relationships. Concept evolves, transforms itself and, in those endless mutations, ceases to be algorithm-like; at most, it becomes liveable. A mere exposition of the concept rapes, expropriates, evicts, just to be raped, expropriated and evicted in turn. Concept lives in a perpetual performance, and so does an un-documentary. 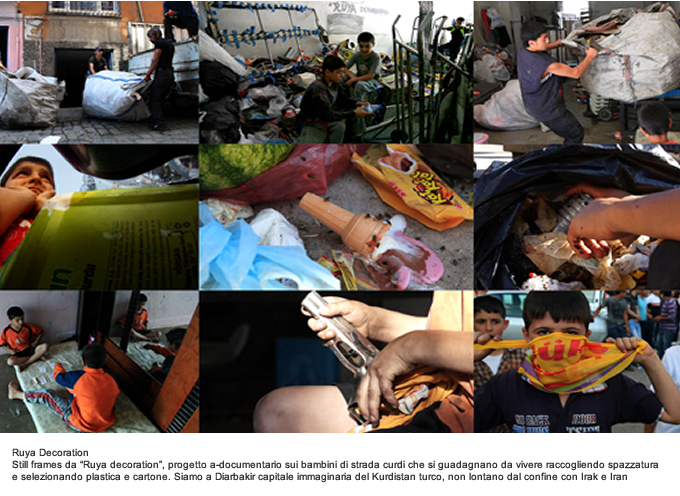